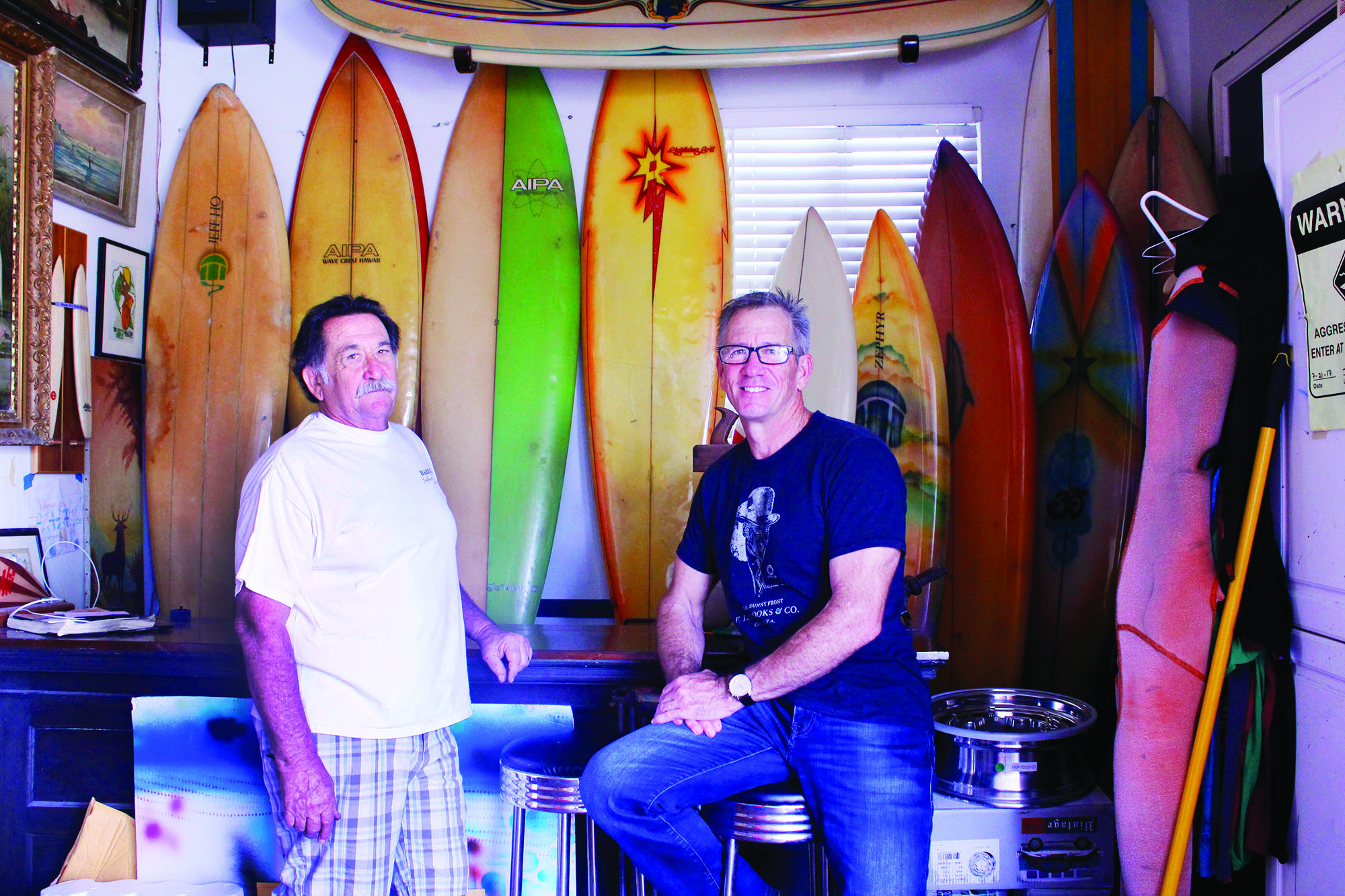 “The Big One” – as it’s been dubbed by the Vintage Surfboard Collector Club – is coming to Doheny State Beach in Dana Point for its 26th year. An event that’s been described as the largest vintage surfboard swap will feature dozens of surfboards on display – each with a story to tell.

The Vintage Surfboard Collector Club is a group that consists of a large range of collectors across Southern California, with a mission to provide a platform for displaying, appreciating, sharing, trading, and celebrating vintage surfboards. As stated on the club’s official site, group members work to honor the surfboard shaping and surfing pioneers who’ve helped create Vintage Surfing Cultures across the world.

The surf swap will offer barbecue on site, as well as a raffling of three boards to anyone who joins or renews a membership to the collector club. The boards were specifically selected by the clubs board of directors.

“This is our biggest event of the year. We really encourage our members to come out and for the community to check out our club. This is typically when we receive our membership signups for the following year,” said Jeff Robertson, VSCC President.

Erwin Spitz, a VSCC member and Surfing Heritage and Culture Center docent, says he began surfing in 1962 and started collecting boards in the ’70s.

“It all started when I was using a surfboard as a coffee table. Friends would see that and ask me if I collected boards. I’d tell them, ‘Sure!’ ” Spitz said. “Opportunities to collect boards started to present themselves.”

Spitz’s collection includes at least 17 boards, some with colorful ‘70s-style designs, one solid redwood board believed to have been made in the 1920s, and his favorite: a board with an American flag design.

“I’m a (United States) Army veteran and I was drafted in the Vietnam War,” Spitz said. “This board is special to me because I’m a patriot; I fought for this country.”

Spitz was deployed during the Tet Offensive – a series of uprisings led by the Vietcong and Northern Vietnamese forces and one of the largest military campaigns in the Vietnam War. His patriotic-themed surfboard came into his possession through Jeff Eilers, a friend, Laguna Hills neighbor and fellow club member.

Eilers takes his collecting hobby to a new level: finding old boards, taking them apart and reconstructing them. His latest project is reshaping a 12-foot, single-fin board that formerly belonged to King Curtis Iaukea, a 300-pound Hawaiian WWF wrestler; it was a task that required grinding down the rail and peeling off the fiberglass.

Robertson says boards like that that can offer insight into the history of surf culture.

“There wasn’t internet back then, so in order to learn about the history of surf, you have to talk to these prominent figures in surf culture. The VSCC, in a way, is a gateway to learning that history,” Robertson said. “I think a vintage surfboard can take you to a different time and place. It’s an artifact that takes you to another place in history. That’s one of the most special things about being involved in this club and the surf community; you’re paying respect and acknowledging moments in our history that have led up to today.”

“The Big One” Vintage Surfboard Swap event will be held from 7 a.m.-2 p.m. at Doheny State Beach. For more information, visit www.vintagesurfboardcollectorclub.net.