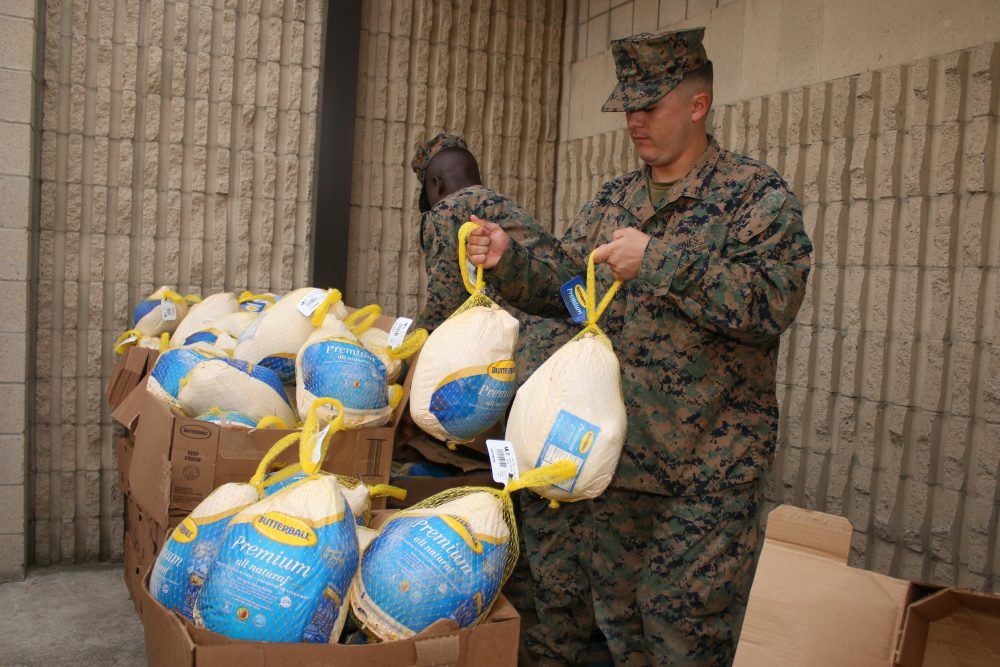 A Thousand Turkeys Donated to Marines

For more than a decade, San Clemente Military Family Outreach (SCMFO) has provided thousands of Marines stationed at Camp Pendleton and their families with Thanksgiving dinner.

This year, more than 1,000 turkeys were donated through the foundation, and people were able to pick them up at a giveaway on Monday, Nov. 19, at the base commissary.

The Thanksgiving dinner giveaway at the base was started about 2002, said SCMFO president Clark Lashmett. It was started by Marine Lt. Col. William McReynolds and his wife, Sidonia.

“We have about 80 volunteers helping us out with the bagging and helping people go through (the line), and most of those people are those we have assisted in previous years who want to give back.”

SCMFO helps with various tasks that Marines may need help with, such as car repair and other needs. About 15 Marines helped out during the giveaway. Just last year, about 800 turkeys were donated, so the event has been growing.

SCMFO will also hold its newly designed “Thank-a-Family,” a deviation from the usual “Adopt-a-Family” it has hosted. The foundation has already organized names of families who qualify, and they will match families with donors. Find out more information about the SCMFO organization at www.militaryfamilyoutreach.com.