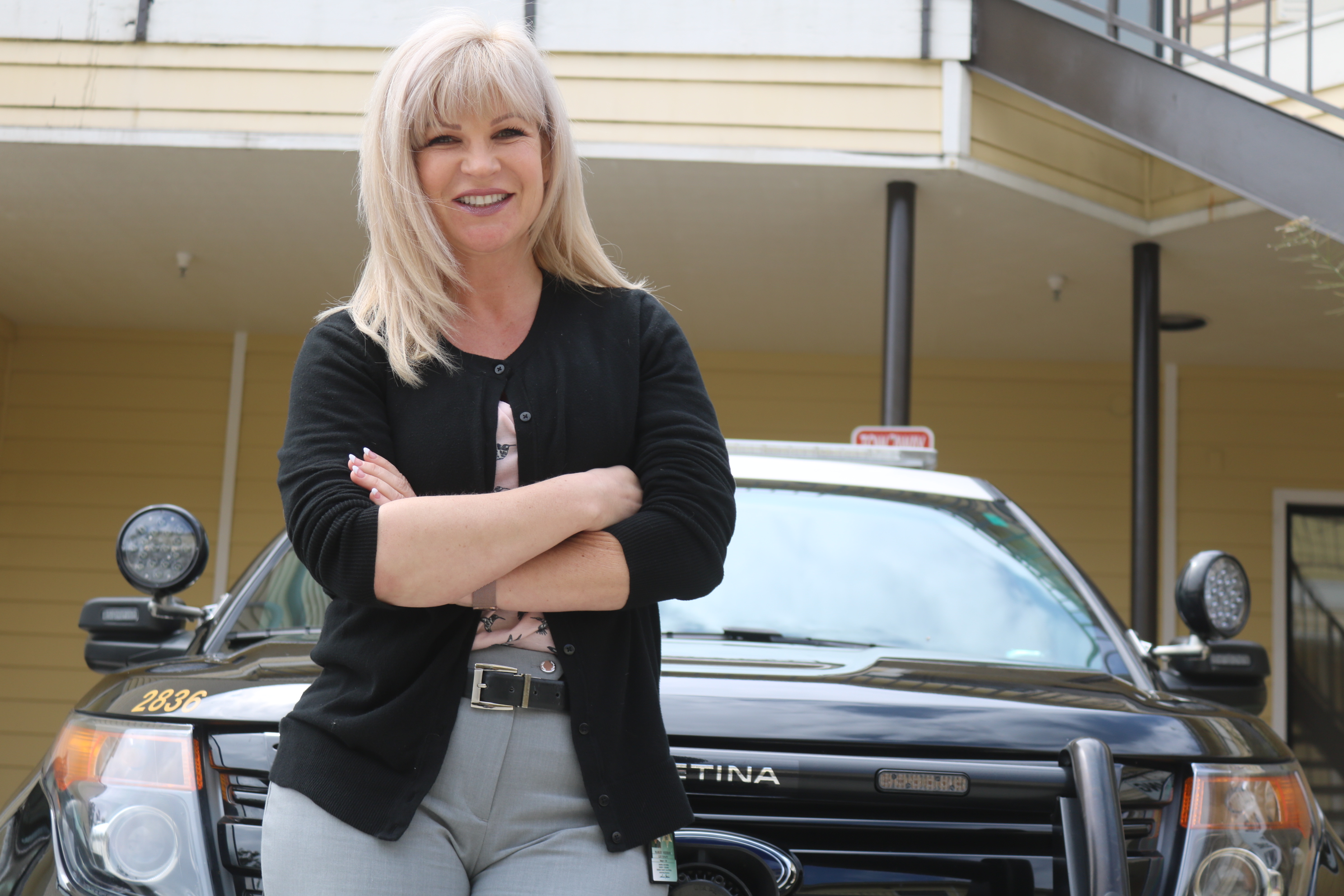 On March 16, after 24 years of working in law enforcement, Lt. Margie Sheehan officially stepped in as the new Chief of Police Services of Dana Point.

Lt. Sheehan is excited for the opportunity to oversee community safety and security in Dana Point, describing it as a dream job.

“I remember pulling through Dana Point, driving down Golden Lantern and seeing the ocean below for the first time,” Lt. Sheehan recollected. “Dana Point is understanding of people coming from the service. I’ve always felt supported and welcome here.”

Lt. Sheehan mentioned she feels extraordinarily supported and engaged in her new town, by both her staff and community.

“Dana Point gets the cream of the crop,” Lt. Sheehan said of her staff.

Lt. Sheehan called the Dana Point community active and engaged, where very few if any people rest on their laurels. Lt. Sheehan reasoned this was because of Dana Point’s historical support of law enforcement from city managers, City Council and citizens due to the commitment to excellence of its deputies.

“There’s meeting requirements,” Lt. Sheehan said, “and it is another thing entirely to invest in your community.”

This investment is evident in Lt. Sheehan’s Orange County Sheriff Departments’ Deputies showing equal attention and compassion in what she called quality of life situations.

“I understand that nobody calls law enforcement on their best day,” Lt. Sheehan sympathized. “Whether it is a major traumatic event, or a nuisance or an observance by a community member that may or may not even be illegal, my deputies are here to be sure that everyone walks away with a heightened sense of understanding.”

This sort of community outreach and understanding is crucial to Lt. Sheehan, who credited her predecessor Lt. Russ Chilton with recognizing the importance of public education.

“We, as the chief, as deputy sheriffs, can change nothing,” Lt. Sheehan said. “It’s terrible to see my deputies have to invent creative solutions when in reality, the teeth have been taken from the dog. We can change nothing, but the voters can. A major goal of mine is to ensure that citizens clearly understand the law, and what their sheriffs are and are not in control of.”

Community outreach will include regional as well, as she has a great deal of experience with surrounding cities’ chiefs. Lt. Sheehan and San Juan Capistrano Chief of Police Carl Bulanek went through the Sheriff’s Academy together and were previously partners, and she has worked extensively with San Clemente’s Chief of Police Lt. Mike Peters.

Lt. Sheehan also emphasized the importance of community self-responsibility and reaching out to her deputies as ways to work together for a safer Dana Point.

“Too often, something occurs and is reported on Dana Point Unplugged or Nextdoor, and we won’t hear about it until Monday,” Lt. Sheehan explained, continuing messages relayed by her predecessor Lt. Chilton.

“We are asking that citizens help us avoid crime-of-opportunity scenarios,” said Lt. Sheehan, so time can be allocated toward progressive problem-solving and response time reduction.”

“Theft and burglary are a majority of our crime here in Dana Point,” Lt. Sheehan explained, reasoning that many of them may even be unplanned until opportunity presents itself. “It’s at no fault of the citizens of Dana Point, but the days of leaving your doors unlocked and things about, that’s behind us.”

Seeing Dana Point change dramatically over the decades, Lt. Sheehan will have to call upon her vast experience to keep Dana Point citizens safe, and happy, for the long haul.