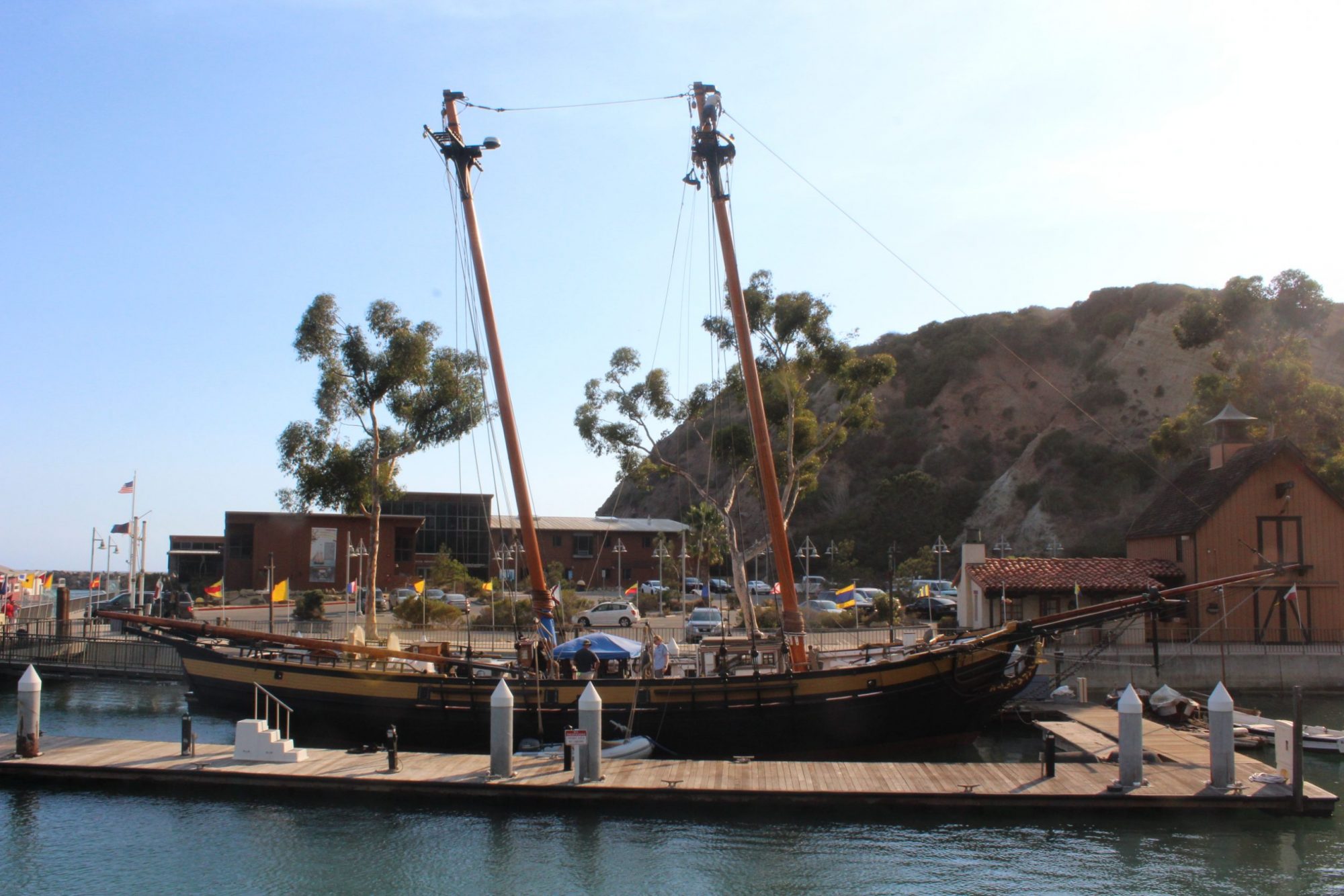 The ‘Spirit of Dana Point’ Returns Home to the Harbor

After undergoing extensive maintenance, the Spirit of Dana Point made its way back to the harbor late last month—just in time for the Ocean Institute’s annual Maritime Festival that begins on Friday, Sept. 9.

Over the past year, the Spirit, a traditionally built replica of a 1770s privateer schooner, underwent refurbishments in San Diego. While a crew in Chula Vista removed her masts, sails and rigging and replaced her deck, the Spirit’s crew completely overhauled and refurbished her rigging at the Ocean Institute.

“It was a major overhaul,” Ocean Institute Communications Specialist Miranda Lentz said. “Most typical maintenance—there usually isn’t this much maintenance to be done, but this was like a big growth spurt.”

Captain John Kraus, the project manager of the Spirit’s restoration, consulted with the carpenters in San Diego to supervise the restoration.

While Kraus’ team worked to refurbish the ship’s rigging, they found that the masts were too rot-ridden and were found to be condemned.

In their search for new masts, the team found new Douglas fir logs in the Pacific Northwest that were shipped to Dana Point. The old masts were used as a template to shape the Douglas fir logs.

When possible, the crew incorporated wood from the Pilgrim into the Spirit of Dana Point.

“This is the most in-depth and extensive refurbishment the Spirit has gone through since her creation,” the Ocean Institute wrote in its March newsletter. “These restoration efforts are intended to last up to 40 years.”

On Aug. 28, the Ocean Institute welcomed the Spirit home by holding a presentation on her restoration journey and a coin ceremony. Kraus spoke about the restoration process, the tools used and artifacts collected throughout the process.

While a coin ceremony traditionally takes place at the beginning of a ship’s construction, the Ocean Institute held the coin ceremony to celebrate the completed renovations.

“Ship builders will place a coin onto the heel block of a new ship, and it’s a blessing and a symbol of good fortune,” Lentz said.

“We decided to do it as a blessing as well,” Lentz continued. “We continued the tradition as kind of like a welcoming home, enjoy your new restoration feel.”

The Ocean Institute is thrilled to have the ship back in her slip, Lentz said. Throughout the renovation process, staff received many questions from locals and visitors asking for an update on the ship.

“Everyone’s been asking where it’s been, how it’s going, when it’s coming back. Everyone was so excited to have it back,” Lentz said. “To see it all back is really a testament to everyone’s hard work from start to finish and the daily maintenance, upkeep and treasuring of the boat.”

The private schooners were used during the American Revolution. Known for their speed, they were often used for smuggling. Prior to the restoration, the Ocean Institute ran programs for schools and public institutes to give visitors the opportunity to learn what it was like to work on a tall ship.

With the restoration complete, the Ocean Institute will continue to run the same educational programming aboard the Spirit of Dana Point, with some modifications on how many guests can stay overnight because of new U.S. Coast Guard regulations.

Though the Ocean Institute is awaiting final Coast Guard inspection and clearance from insurance, the team hopes to have guests on board the Spirit during the Maritime Festival weekend, starting on Friday, Sept. 9.

Proceeds from the inaugural Pirate and Mermaid Ball on Saturday, Sept. 10, during the Maritime Festival, will go toward the Ocean Institute’s Tall Ships fund, which supports ongoing maintenance and insurance.