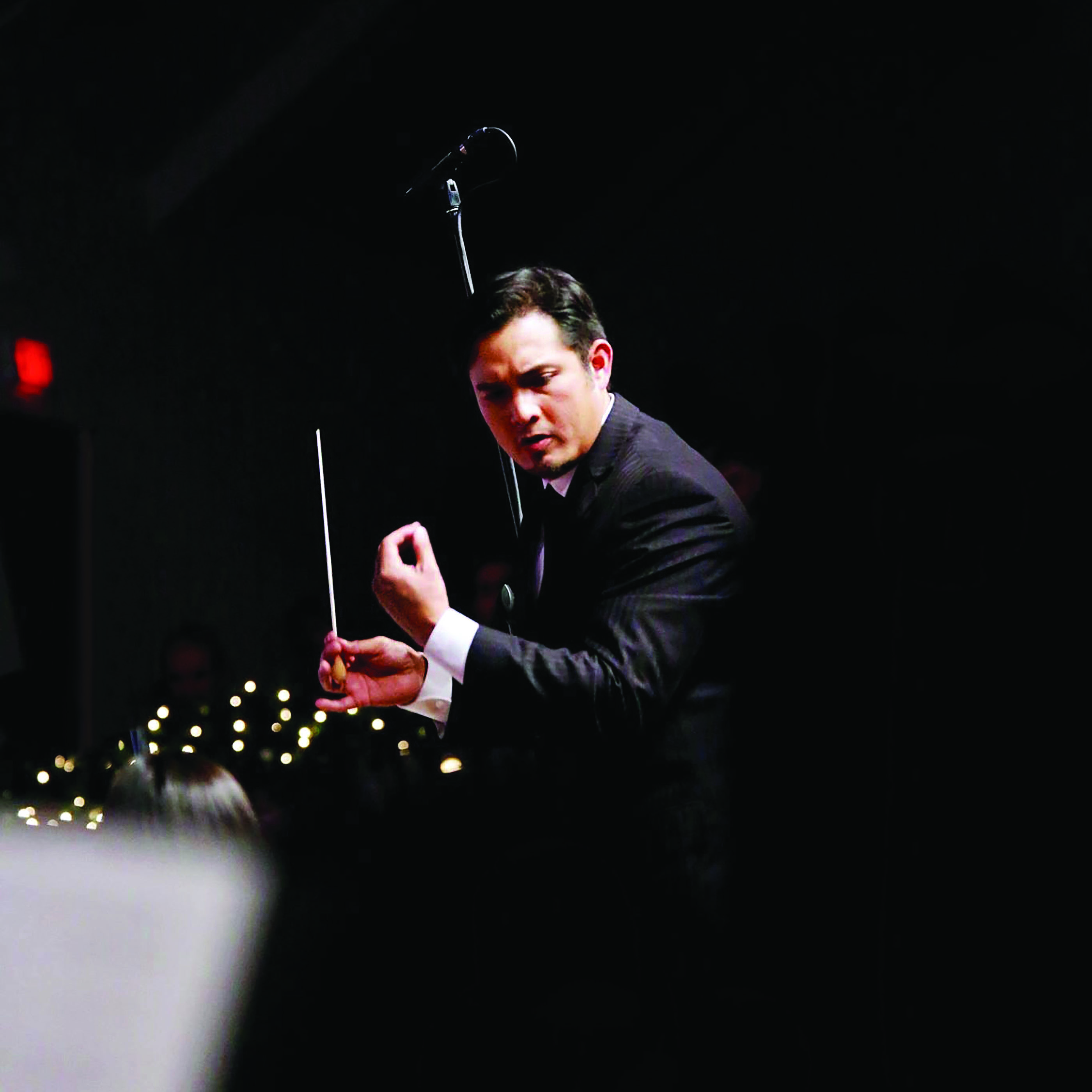 The Overture to the Future

When a composer first launches their work, the audience learns what the composer is trying to communicate and what they intend on doing differently, said Dean Anderson, conductor and artistic director for the Dana Point Symphony.

The Dana Point Symphony is scheduled to perform its first concert of the year and second concert of its eighth anniversary season on Friday, Feb. 8, at St. Edward the Confessor Catholic Church. The program will include three of Ludwig von Beethoven’s firsts in his genres of music: Beethoven’s First Piano Concerto, First Symphony in C Major, and the Overture to Prometheus.

“Beethoven had written pieces before but these works were like a short-film director jumping to a full, feature-length film,” Anderson said. “While he was still in line with the rules of the time, Beethoven still wanted to do something different but remain in form. In some ways, he’s conservative. In other ways, he’s unconventional. But even at an early age, he wanted to push the envelope,” Anderson said.

The year’s first concert of the Dana Point Symphony could set the stage for its future success, as it enters the year without any city funding.

“We’re looking to the community for support. We’re so thankful to the residents of Dana Point for carrying us to the eighth season. We have great turnout at our events,” Anderson said. “Now we just need to take it to the next level.”

The Dana Point Symphony grew out of former Mayor and City Councilmember Scott Schoeffel’s vision of integrating and elevating music, art and culture in Dana Point, as stated on the symphony’s website.

“I grew up in Pasadena and I saw what arts and culture did for the city. I wanted to bring that vision to Dana Point,” Schoeffel said. “What the symphony offers truly sets it apart from others. It brings a legitimate performance that sets the standard. But given the venue, the audience is given an intimate and close-up experience. Afterward, they’re able to interact with musicians and get to know them.”

Schoeffel’s passion for music and the arts derives from his own background in music. He has been a musician since age 4, with a proficiency in playing the violin.

“Music has the ability to bring a community together. We need it,” Schoeffel said. “People can sit in front of the majesty of the orchestra and it changes them. It is one thing to hear music over speakers, but to be there in person is a completely different experience. That sets the Dana Point Symphony apart.”

Schoeffel has collaborated with Anderson since its inception. Like Schoeffel, Anderson fell in love with music at an early age, hearing classical pieces over the radio.

“I heard Mozart on the radio and I thought ‘What is this sound and how can I be a part of it?’” Anderson said. “I’ve always said that I’m from California, my family is from the Philippines. But my heart and soul comes from Europe.”

Anderson has conducted numerous orchestras of all levels including professional, community, university and youth ensembles. He has performed with members of the Los Angeles Philharmonic such as concertmaster Martin Chalifour, principal second violin Lyndon Johnston Taylor and former principal trombone James Miller. He has also performed with violinist Andres Cardenes and violist Yizhak Shotten in addition to such artists as Smokey Robinson, Manhattan Transfer, John Tesh, Lincoln Mayorga, Arlo Guthrie and Dick Dale.

He was invited to guest conduct the Ho Chi Minh Ballet Symphony for the 20th Anniversary of The Saigon Times, making him the first American to conduct in Saigon since the end of the Vietnam War.

With Anderson’s lengthy resume in mind, he continues to applaud Dana Point Symphony’s ability to make the audience feel part of the performance.

“We create something that this community should be proud of,” Anderson said. “Why should residents have to travel to northern Orange County or Los Angeles to see phenomenal musical performances when we can provide that right here in Dana Point?”

Anderson admits it takes an incredible amount of dedication and work to keep a symphony running.

“We need to be able to pay our artists to keep the quality of the symphony high. Supporting the arts is crucial for any community,” Anderson said. “Music heals us and reminds us of what can share with each other.”

The symphony is set to perform Beethoven’s Firsts at 7:30 p.m. on Friday, Feb. 8,  at St. Edward the Confessor Catholic Church. Guests can purchase tickets online at www.danapointsymphony.com.

The symphony will also perform the Springtime Family Pops concert on April 5. The concert will feature familiar tunes from popular movies, musicals and video games, such as The Lord of the Rings and Halo.

On April 28, the symphony will host a night of dinner, dancing and entertainment with a ’20s theme at the Dana Point Yacht Club. Tickets can be purchased online for $80 per person until April 1; after that date, tickets will sell for $100 per person. For more information on the event, email dpsomanager@gmail.com or call 949.542.6282.