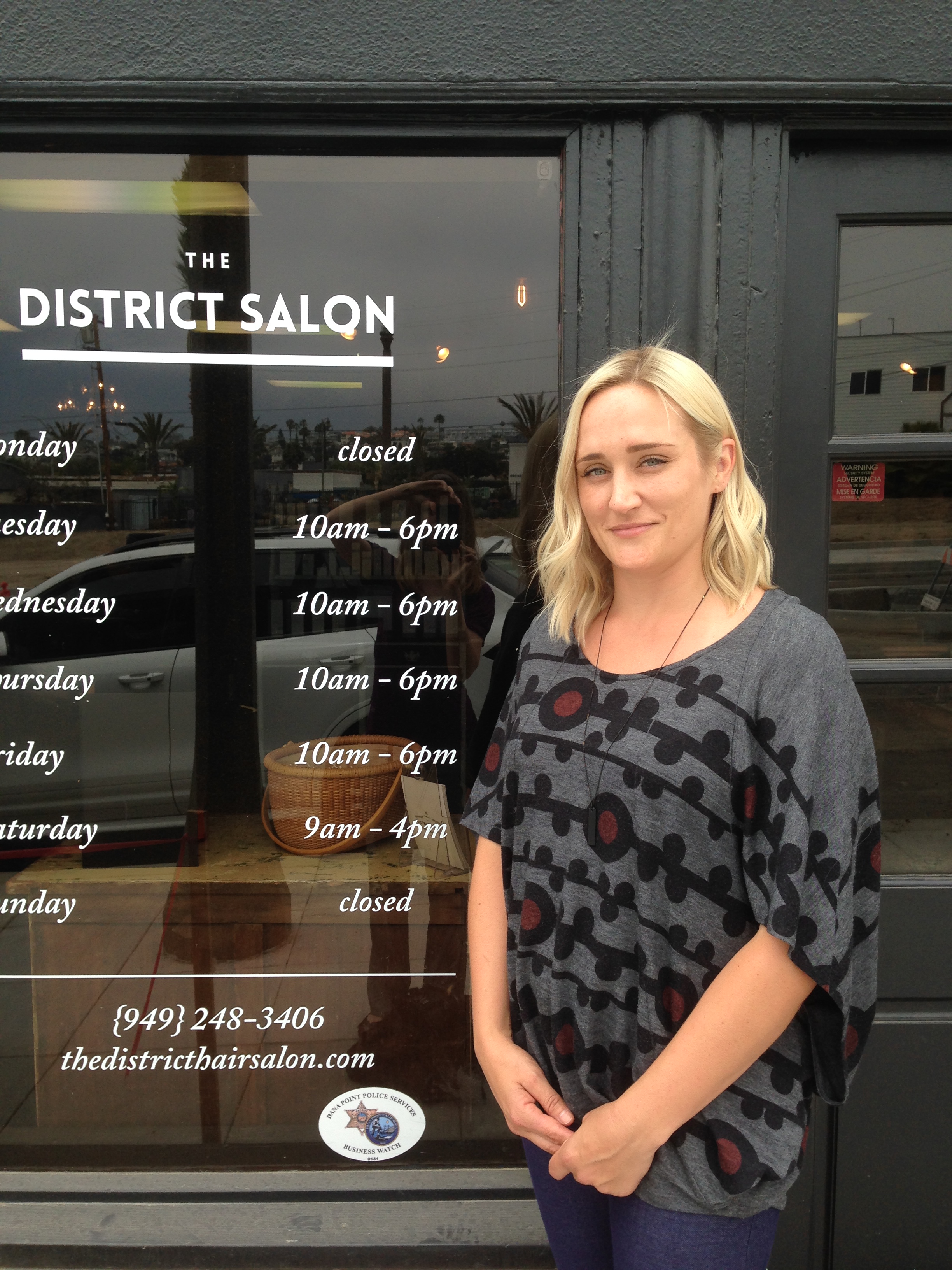 Lora Jean Kosinski took over ownership of the formerly named Azalea Salon and Boutique last November, after over 10 years of experience as a stylist. In that time, she also managed and helped run two salons.

Kosinski said she chose the Lantern District for its entrepreneurial potential.

“I like the area because it is up-and-coming,” Kosinski said. “Plus I’ve lived in the area forever and I’m very familiar with it.”

Kosinski said she changed the salon’s name to The District Salon last January in order to embrace a fresh beginning for the salon’s first year under new ownership. Along with the new name, Kosinski  updated some of the salon’s interior features—such as furniture and paint—in addition to bringing in more stylists. Currently there are 12 stylists, including Kosinski.

“The salon had a cool design to begin with,” Kosinski said, “and having a new energy in here helped a lot.”

The District Salon celebrated its new ownership with a chamber ribbon cutting on April 10. Moving forward, Kosinski hopes to maintain a positive environment that is inspiring to the staff, as well as family-friendly and community-oriented.

“Everyone’s desire to grow more and work together as a team sets us apart,” Kosinski said. “We would like to give back to the community and be a household name.”

The District Salon offers coloring and cuts, highlights (both traditional and balayage), straightening services and perms. More skin services will be available in the near future.

The salon is open Tuesday through Saturday, with appointment times varying.