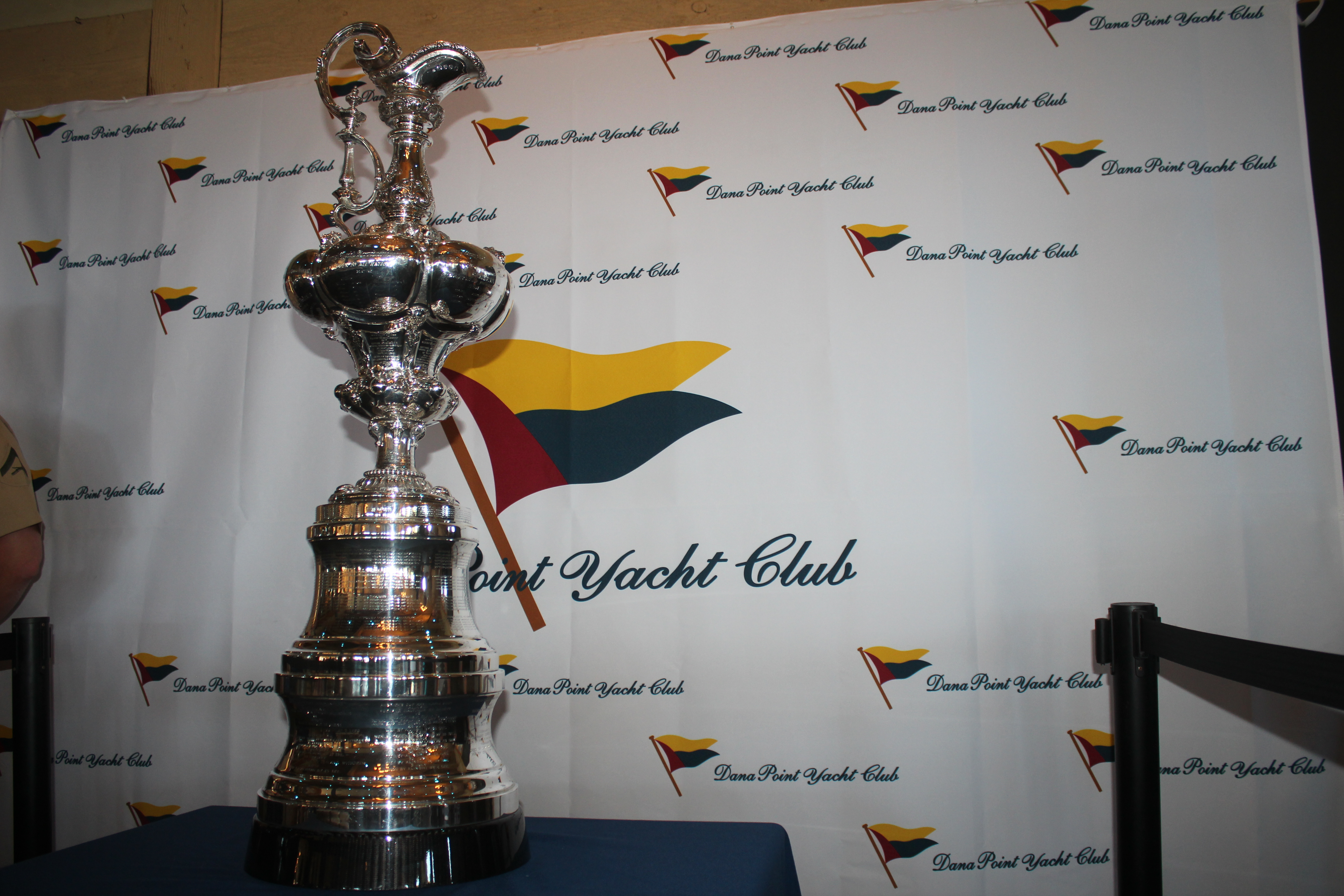 Locals got a glimpse of the oldest trophy in international sport on July 17, as the America’s Cup trophy sat on display at the Dana Point Yacht Club for a special presentation. The 165-year-old Auld Mug, awarded to the winner of the famous America’s Cup sailing race, was given a Marines escort into the building.

The America’s Cup is a perpetual trophy race and for the last two installments of the event, Oracle Team USA has successfully defended the cup. Oracle Team USA sails out of the Golden Gate Yacht Club, which brought the trophy to Dana Point for the presentation for the second time since defending the cup in 2013.

Golden Gate Yacht Club’s commodore Norbert Bajurin was on-hand at the DPYC to give visitors a history lesson on the cup and to outline Oracle Team USA’s plans to compete in the 2017 America’s Cup.

The trophy dates back to 1851, when the vessel America out of the New York Yacht Club, defeated a British vessel in a race around the Isle of Wight. The race was soon renamed after the American ship.

The top part of the trophy, which stands at about four feet in height, is the original piece of hardware that was handed over to the winner of the race more than a century ago.

In 2013, Oracle Team USA pulled off one of the greatest comeback victories in the history of the America’s Cup, rallying to win eight straight stages of competition against Emirates Team New Zealand.

Every version of the America’s Cup can be unique. Whichever yacht club holds possession of the trophy has to accept a challenger and the two must come to an agreement on what kind of vessel the next America’s Cup will be contested on. In 2013, when Oracle Team USA defeated Emirates New Zealand, the teams raced large high-performance catamarans.

In 2017, Oracle Team USA will look to defend the cup in Bermuda against the winner of the ongoing Luis Vuitton Cup series.