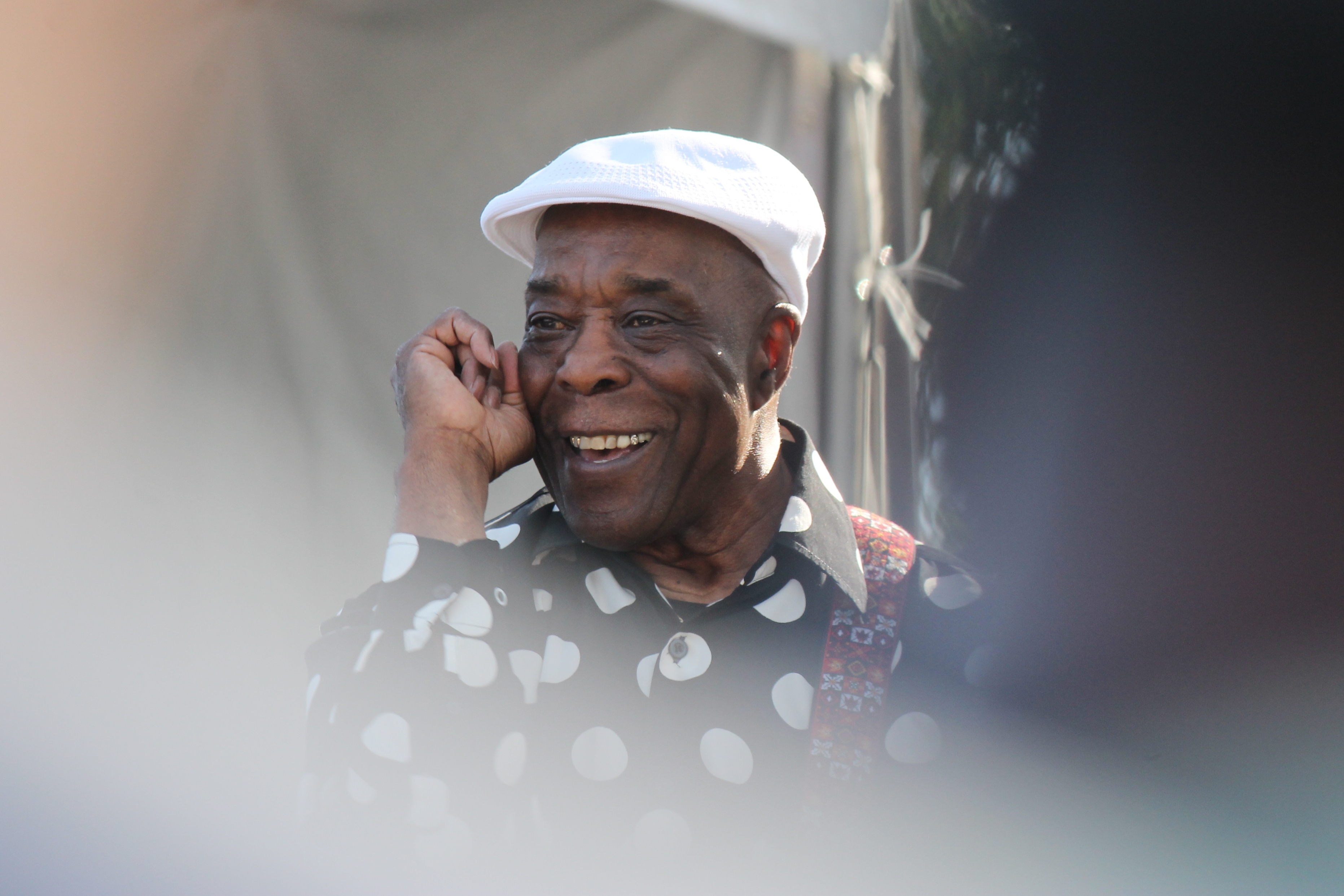 Blues legend Buddy Guy slipped from the stage but his crisp guitar riff echoed across the lawn.

The crowd remained fixated on the stage, they cheered and continued swaying to the tune coming from the six-time Grammy award winning artist’s strings.

Then, he reemerged. Dressed in a black shirt with white polka dots and playing a yellow guitar, the 77-year-old Rock and Roll Hall of Fame inductee was one with the crowd. Doheny Blues Festival goers rushed to be at his side. Phones and cameras raised high above the crowd, they snapped their memories as Buddy Guy flashed a coy smile—the festival had commenced.

And while the big names were playing to big numbers, up-and-comers and long-timers played to intimate and enthusiastic crowds on the festival’s Backporch stage. Saturday saw the rockabilly band the Americans, vocal powerhouse Nikki Hill and the raw roots-blues band The 44s hit the stage. Late Saturday as Gregg Allmann played the main, Fullerton-born electric and blues guitarist Kid Ramos kept the stage small but the sound big with The 44s.

On Sunday, performances from the Los Angeles-based acoustic blues guitarist Keb’ Mo’ and legendary blues voice James Cotton were accompanied by the electric pelvic-pushin’ tunes of Vintage Trouble and the heartland rock sounds of The Doobie Brothers.