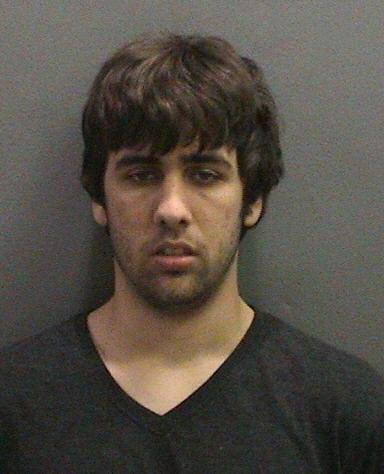 Authorities have arrested 19-year-old Ashton Sachs on suspicion of killing his parents, Bradford and Andra Sachs

The 19-year-old son of a divorced couple found shot to death in their home in an upscale San Juan Capistrano neighborhood has been charged with killing his parents, authorities announced Friday.

Ashton Colby Sachs was taken into custody in San Diego County on Thursday, nearly a month after his parents, Bradford Hans Sachs, 57, and Andra Resa Sachs, 54, were found dead in their home, at 32271 Peppertree Bend. He is currently being held without bail at Central Men’s Jail and is scheduled to appear in court for formal arraignment on Monday, March 10.

Ebrahim Baytieh, assistant head of court of the homicide unit, will be prosecuting the case, according to the Orange County District Attorney’s Office.

The couple’s 8-year-old son was also shot and critically injured in the incident, suffering paralysis. Two teenage daughters were inside the residence at the time of the shooting but were unharmed. The DA’s Office’s release indicated that Ashton Sachs also shot at and attempted to murder one of the sisters but missed. The Sachs had five children, including another son.

Ashton Sachs is believed to be the only suspect in the case, according to homicide investigator Justin Montano. He had been attending college in the Seattle area since the fall of 2013. He graduated from Dana Hills High School in 2012.

Orange County Sheriff’s Department investigators have yet to determine a motive in the killings but recently recovered a weapon they believe was used in the double homicide.

Montano said it appears the family was asleep at the time of the shooting. He also said investigators have recovered surveillance footage from the area.

Authorities had said there were no signs of forced entry.

Bradford and Andra Sachs divorced in 2000, according to court documents, but were residing together at the time of their deaths.