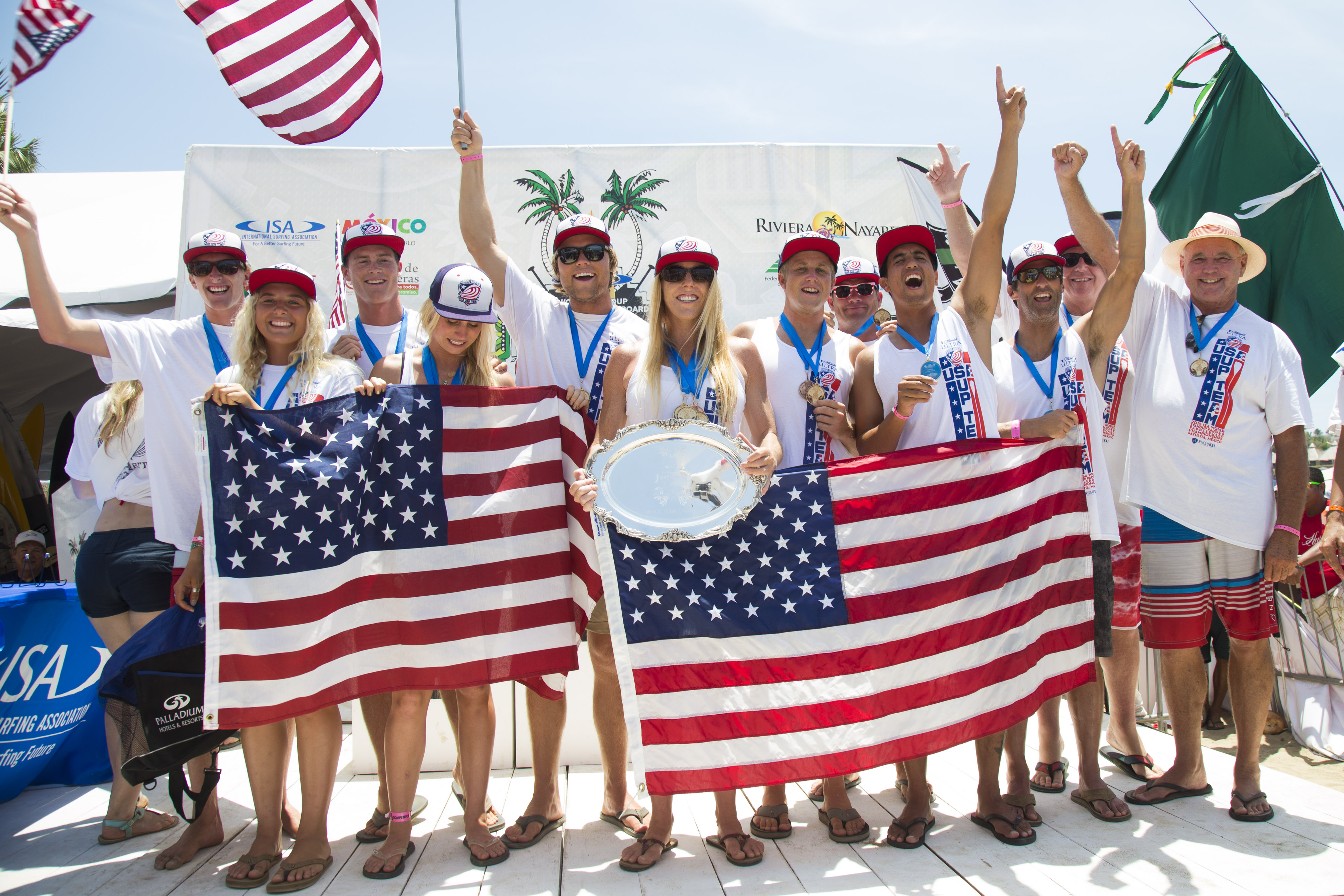 The Surfing America USA stand-up paddle and paddleboard team are world champions, taking the overall gold at the International Surfing Association World Stand-up Paddle and Paddleboard Championship, May 10 through May 17, in Sayulita Mexico.

“This scrappy bunch was all heart,” said Greg Cruse, team manager and executive director for Surfing America, the San Clemente-based ISA-recognized national governing body for the sport of surfing in the United States. “As underdogs … they solidly beat … Australia, doing what until now was thought to be impossible. So proud of this team and the way they represented the USA.”

The ISA is recognized by the International Olympic Committee (IOC) as the World Governing Authority for Surfing, Bodyboarding and Surfriding.

“Representing the USA at the ISA World Championships was a priceless experience,” Appleby said. “I feel so blessed to have had the opportunity to compete against the best athletes in the world in a top-notch event and take home two individual gold medals. I couldn’t have done it without the training and support of my boyfriend and coach Anthony Vela and the Performance Paddling Adult Training Club, as well as the Surfing America organization … sponsors, coaches and supporters.”

“Competing as a team was a truly incredible experience and one that I will hold close to my heart forever,” Appleby added. “It truly was a team effort down there in Mexico. Each individual medal earned by USA athletes was inspiring in itself, but it was the overall goal that really unified each team member and brought us together as a family of athletes. The momentum and support that we all took from each other day after day in competition, was what got us the gold. I’m so honored and humbled to have been a part of something so special, and so very proud to be an American. God Bless America!”