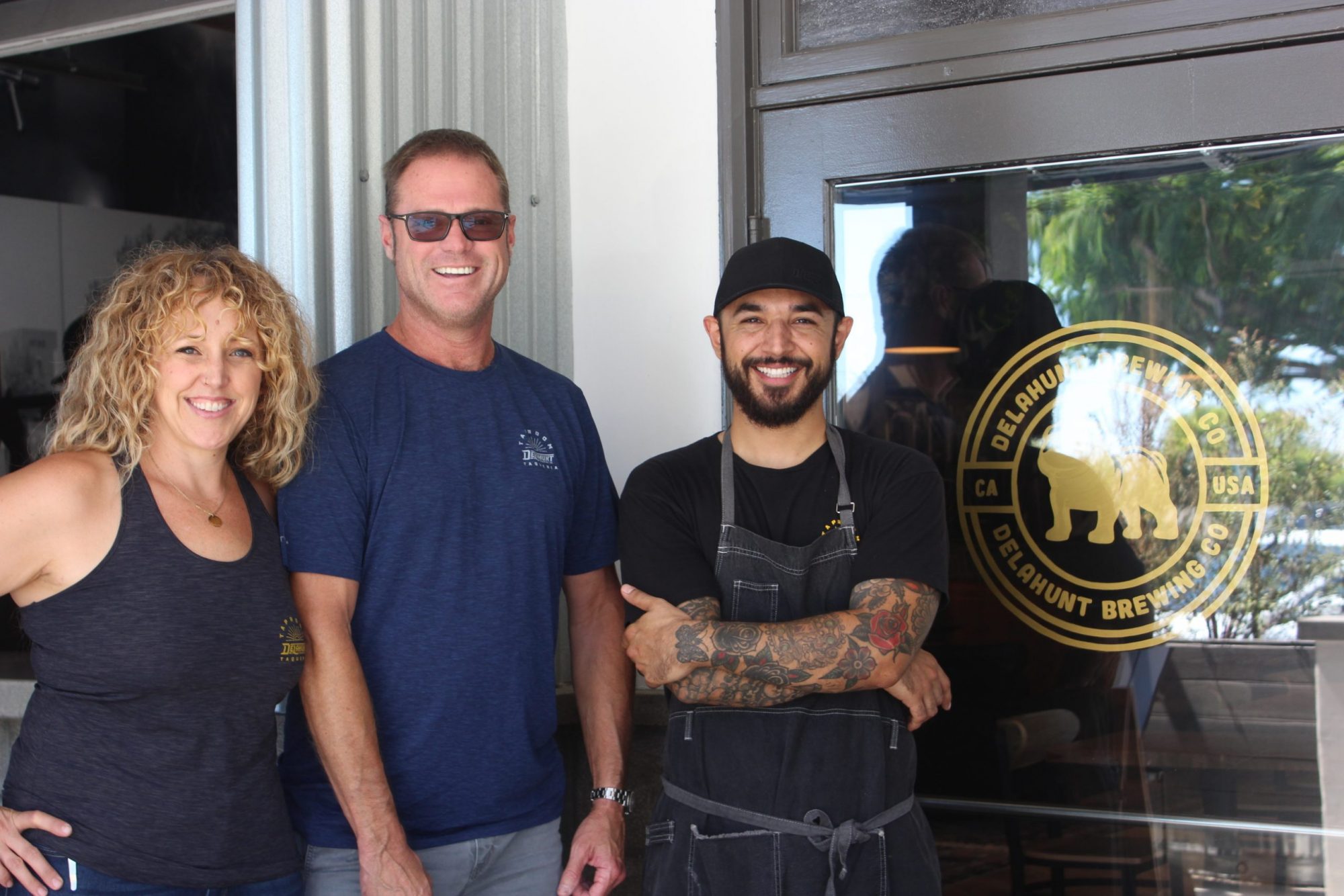 When Todd Delahunt moved to Southern California from Portland about three years ago, he knew he wanted to start a brewery.

To get that plan into motion, he partnered with brewers Kyle Boruff and Justin Venegas. By March of 2020—just as the COVID-19 pandemic was worsening—the crew opened Delahunt Brewing in San Clemente.

Getting the brewery off the ground in the beginning of the pandemic was tough, Delahunt recalled. “We didn’t have any distribution at that point, we weren’t doing packaged cans at all; it was just really keg sales,” he said. “And with all the bars and restaurants closed, there were really no keg sales to speak of.”

Fast-forward about two and half years, and Delahunt Brewing Company has a distributor in Orange, San Diego and Riverside counties, bringing the local ale to restaurants and bars across Southern California.

And like any good neighbor, the San Clemente-based brewery is bringing its craft beers over to Dana Point to continue expanding the brand, as Delahunt and Co. opened the doors to their new taproom and taqueria in La Plaza Park.

“We have our brewery in San Clemente; that’s where we do our production, distribution out of there,” Delahunt explained to Dana Point Times. “This is our taproom and taqueria.”

Delahunt Brewing held a soft opening on Saturday, Aug. 27, offering locals a chance to try out its tacos and fresh beer on tap before its grand opening on Friday, Sept. 2.

To welcome the company into the local business community and further celebrate its expansion into the town, the Dana Point Chamber of Commerce held a ribbon-cutting ceremony on Thursday, Sept. 1, at the new taproom, located at 34091 La Plaza.

After the taproom opens at 11 a.m. on Friday, it will host live music with a performance from the band SM Familia from 2-5 p.m.

Before the soft opening, Shannon Eckelberger, director of Taproom Operations, said she was feeling excited and anxious and couldn’t wait to open the doors to the public.

“We just can’t wait to hear this place very loud and lively,” Eckelberger said. “It’s been way too quiet.”

The brewery’s motto is “Life isn’t perfect, but your beer can be.”

Delahunt hopes this expansion will give customers an opportunity to try Delahunt’s wide variety of beers with Chef Gabriel Garcia’s food, in a friendly atmosphere.

“We have a well-rounded menu of beers, really,” Delahunt said. “We don’t specialize in any one style of beer; we do a lot of IPAs like most breweries out here, but we’re doing a lot of lager beers, too. The lagers, we’re kind of heading in that direction, doing more and more of that kind of thing.”

Delahunt and Eckelberger said they hope to bring the community together with events at the taproom and taqueria. The taproom has a projector in back, which Eckelberger said she hopes to use for events and screening for local groups.

Opening the new taproom in La Plaza, Eckelberger also said she hopes to give “the people of Dana Point and local areas around here a good, homey vibe where you feel welcome and you get a warm greeting every time you walk in the door.”

Echoing that sentiment, Delahunt added, “We want this to be a place where people want to hang out, spend time and come back. Just where they’re comfortable, just a casual spot.”