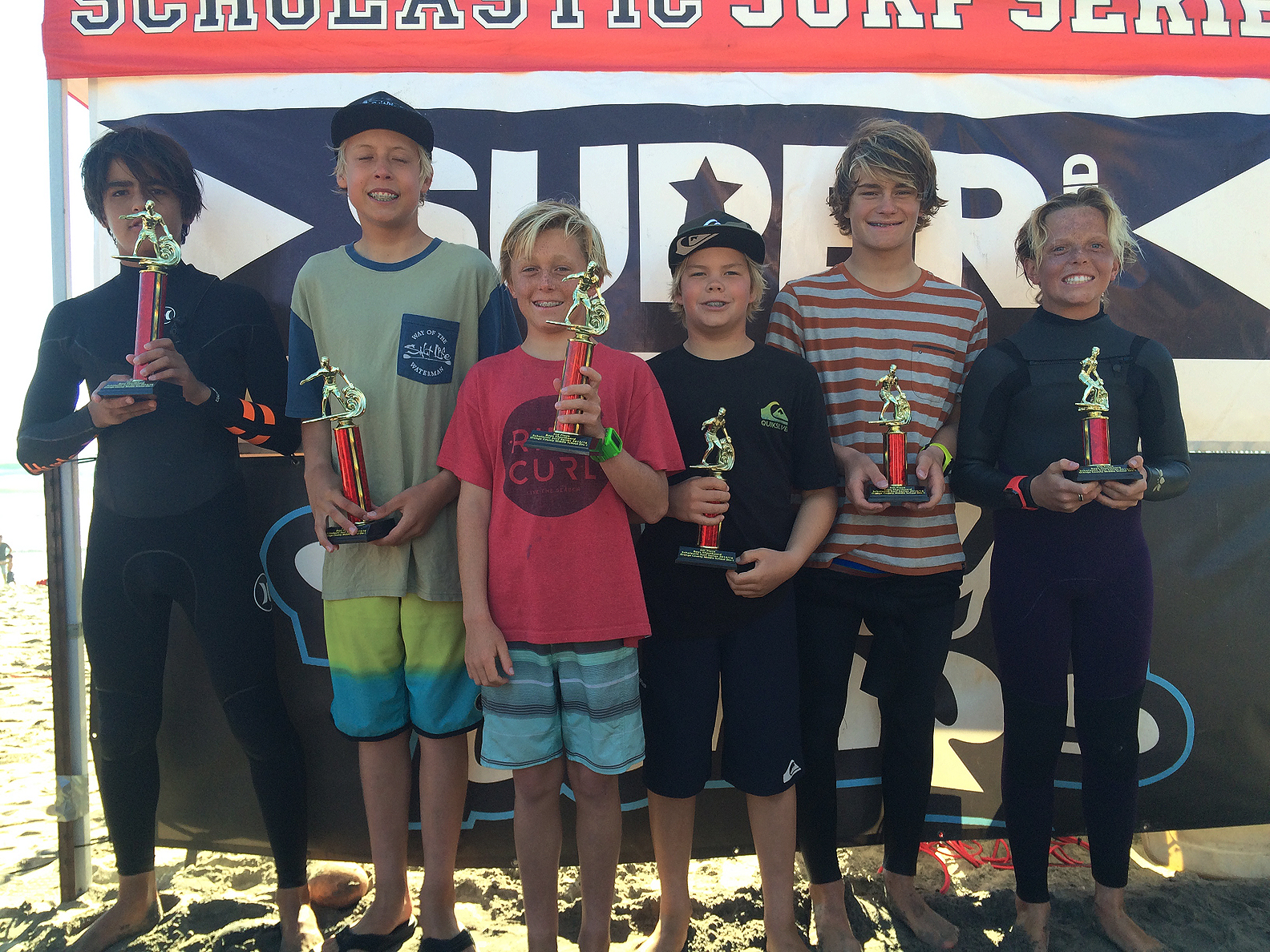 Taking One for the Team: SSS Middle School Competition at Oceanside Pier

SSS middle-schoolers meet for event No. 4, Feb. 20 at Oceanside Pier, local surfers excel in both team and individual competition

An inherently selfish sport, surfing is most often all about the performance of the individual. But for area Scholastic Surf Series competitors, the joy of working together for the glory of the team is both a part of the challenge and of the fun.

SSS Orange County middle school team surfers were treated to summer-like weather and fun 4- to 6-foot waves for event No. 4 at Oceanside Pier on Feb. 20, giving it their all, not only to make late season climbs in individual ranks but in an inspired effort to help their teams to victory.

“It was a welcome change to have some summer weather in February after some brutal El Niño conditions in the early part of the season,” said Carolyn Krammer, SSS competition director. “The kids had a great time displaying their talent throughout the event.”

In Division 1 longboard competition, McPhillips was the Boys Longboard winner and Hana Catsimanes, also from Shorecliffs, was the girls’ winner.

To see a full list of team and individual rankings, visit www.surfsss.org.

SSS OC Middle School competition is set to continue, with event No. 5 on March 6 at the San Clemente Pier.