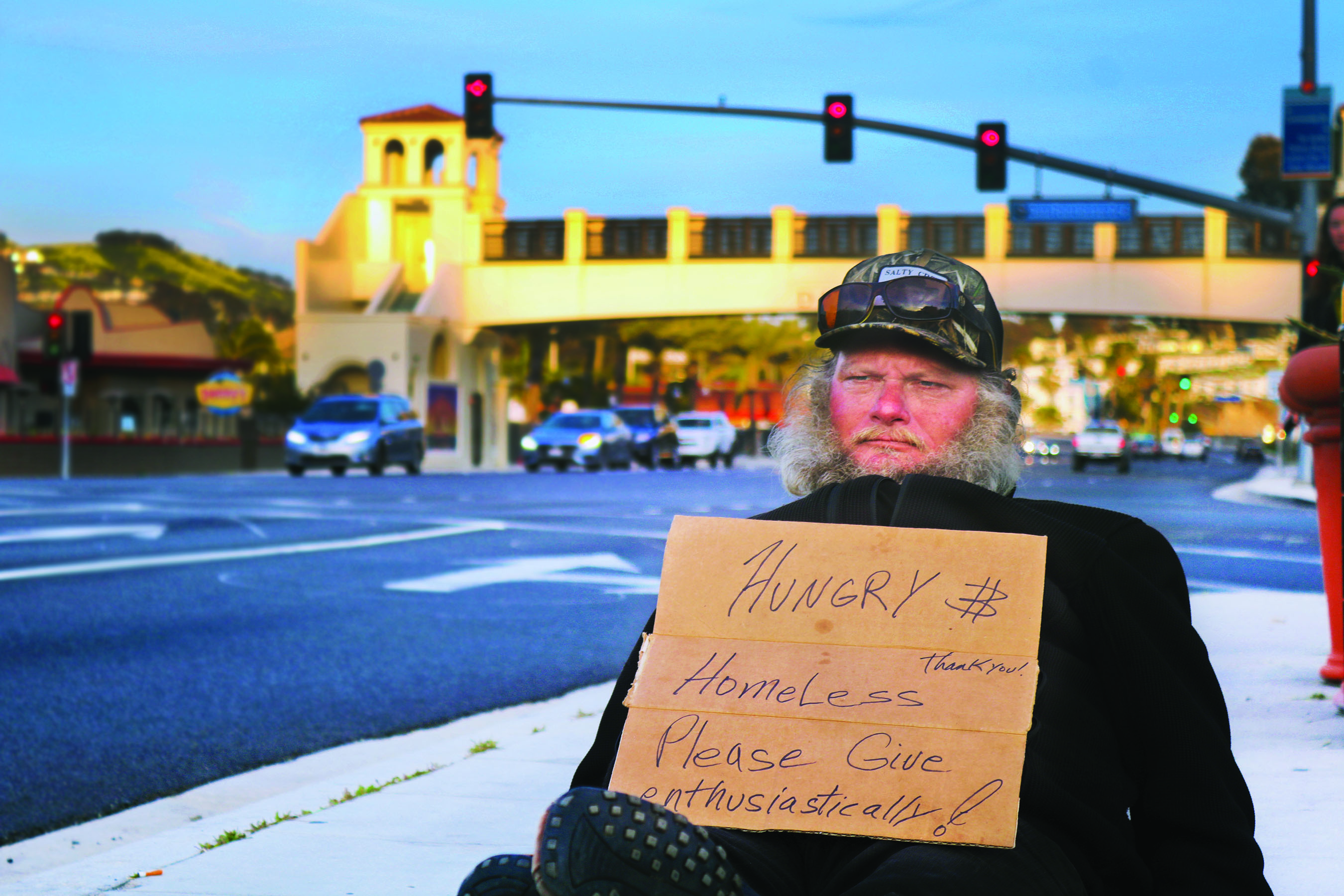 Take It to the Street: Federal Judge Adds Pressure to City and County’s Homeless Outreach

Homelessness could be the issue of the year for Dana Point residents and those in other Orange County cities.

These are words spoken by Dana Point City Manager Mark Denny, and a statement that could be inferred from a community satisfaction survey conducted in Dana Point. “Homelessness is far and away the most serious issue in Dana Point,” the city’s residents stated in a survey conducted by the research company Fairbank Maslin, Maullin, Metz & Associates (FM3).

On Tuesday, April 2, in Santa Ana, federal Judge David O. Carter held the first status conference of the hearing regarding a lawsuit submitted against several South Orange County cities by Housing is a Human Right, which alleges those cities, including Dana Point, have not done enough to provide shelter for their respective homeless populations.

Carter invited city officials from each of the named cities in the suit.

Because the south county cities had not been officially served, most of them did not send a representative, and Carter mostly discussed the operations taking place in north Orange County, where cities are spending millions of dollars on new shelters.

“It was a matter of courtesy and respect to the judge,” Wyatt said. “We did not have to attend, but we felt it was important that we be there.”

Judge Carter expressed frustration with city and county officials sitting on potential funding in addressing homelessness issues throughout the hearing.

“While this county should be extraordinarily proud of itself on what’s been accomplished so far, this is a great chance to have a frank conversation with each other,” Carter said. “This is going to require us to work together.”

Carter displayed photos of homeless encampments and homeless women and children for the courtroom to see. This is what your county looks like, Carter said. He compared the amount of homeless deaths in Orange County (255 deaths) to San Diego (about 100 deaths) last year. He argued the true OC number could be closer to 400.

Carter emphasized the need for CalOptima to invest $140 million for homeless healthcare services. CalOptima officials had previously agreed to a total of $100 million for programs, but Carter pressured them Tuesday to invest $140 million. CalOptima is an Orange County-based health system that provides health insurance to low-income children, adults, seniors and people with disabilities.

Although hesitant to comply at first, and careful not to violate the Brown Act, CalOptima CEO Michael Schraeder told Carter he would recommend the $140 million to the board. Former Dana Point City Councilmember Scott Schoeffel currently sits on the board.

The CalOptima Board of Directors met at 2 p.m. on Thursday, April 4, after Dana Point Times went to press. For updates on the outcome of funding for homeless healthcare, visit danapointtimes.com.

San Clemente City Attorney Scott Smith said the city is also looking to enter a “joint defense agreement” with San Juan Capistrano, Lake Forest, Rancho Santa Margarita and Laguna Hills in the litigation regarding the shelters. Officials from cities of San Clemente and San Juan Capistrano were not present at the hearing.

“It’s frustrating to get hit with a sledgehammer while we’re working on things in a fairly ambitious way to benefit the homeless,” San Juan Capistrano Mayor Bryan Maryott said in the March 8 issue of Dana Point Times.

Judge Carter stated throughout the hearing that he preferred city and county officials work together, but that he was prepared to exercise powers to block anti-camping enforcement. He cited the U.S. 9th Circuit Court of Appeals ruling in Martin v. City of Boise, which determined that punishing homeless for camping is unconstitutional if law enforcement is unable to provide adequate shelter.

As of press time, City of Dana Point had not officially been served.

Dana Point currently contracts with Mercy House to provide outreach efforts six days per week. The monthly client load adds up to about 30 individuals. In 2018, Dana Point had a combined total of 634 interactions with individuals and families through the city’s homeless outreach efforts. Officials made 22 housing placements and 147 linkages to services.

Dana Point allows emergency shelters up to 20 beds permitted by-right in the Community Facilities Zones. Churches are permitted up to 10 beds by-right. The city has supported efforts to establish permanent supportive housing in Dana Point, and Dana Point Homes for the Homeless, a grass roots community organization, was established in 2018 to raise private funds to assist Dana Point’s homeless in obtaining stable housing, according to a statement issued by the city. Dana Point also has 242 residential recovery beds.

The city posts statistics on homeless outreach on a monthly basis and can be viewed at danapoint.org.

“We remain committed to addressing the issue of homelessness,” Denny said. “We hear our residents’ concerns, we believe it’s a priority, and we will continue to work toward solutions.”