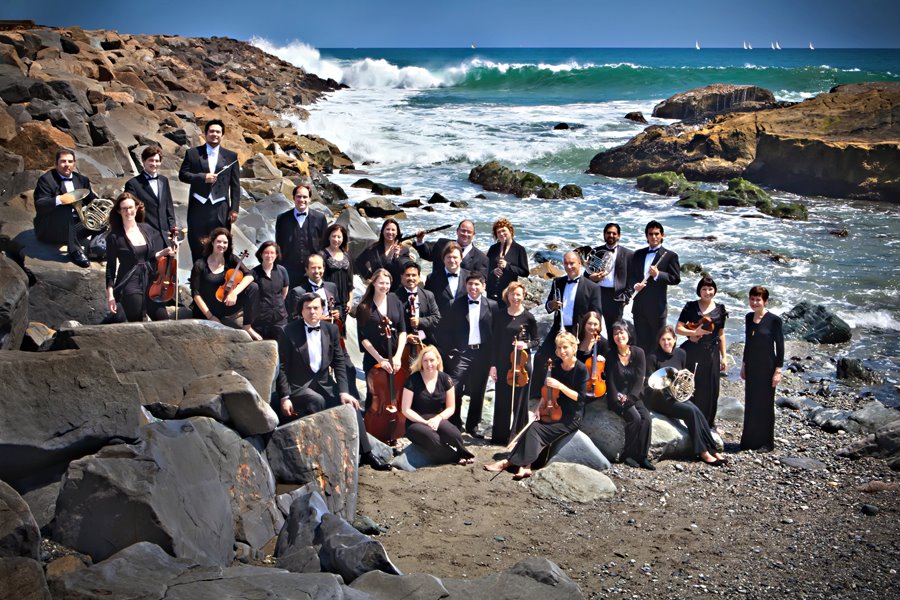 Dana Point Symphony artistic director Berenika Schmitz has envisioned a community symphony orchestra like no other since the beginning.

Striving to make each performance unique, Schmitz has re-imagined traditional concert formulas to highlight the symphony’s woodwinds, brass, percussion and strings over the last three years.

She did so with added multi-media elements, dancers and singers last symphony season. This year, with music director Dean Anderson, Schmitz is taking the symphony outside the concert hall doors and into the open air of the Dana Point Harbor, for a high-flying performance aboard a historic tall ship.

“This show re-conceptualizes the symphony and shows it in a completely different way,” Schmitz said.

In partnership with the Dana Point Festival of Whales, Ocean Institute, South Orange County School of the Arts and professional opera singers, aerialists and bagpipers, Schmitz and Anderson have set out to illuminate Dana Point namesake, Richard Henry Dana Jr.’s two-year narrative, Two Years Before the Mast, in a “fantastical” way.

“I thought this would be entirely unique, and it is my artistic expression of what a symphony could mean for a community and how it can be in a show and still maintain artistic integrity,” Schmitz said.

Set on the Ocean Institute’s historic replica of the Pilgrim, which carried Dana Jr. to the Southern California shores in 1835, three symphony performances will seek to share Dana Point’s storied past with audiences in a new way. The symphony will be in full force with Anderson, acting as the concerts’ lynchpin, and will be accompanied by musical theatre, opera and aerial performances.

Suspended from the tall ship’s two masts will be aerialists with the Luminario Ballet of Los Angeles—think Cirque du Soleil. Singers from both the Los Angeles Opera and San Diego Opera will also be performing live, telling the area’s history with musical theatre performers from SOCSA.

“What I wanted to highlight is the risk taking of the artists, and the courage needed to get up to sing, dance and perform live in the age of lip-syncing and smoke and mirrors,” Schmitz said.

“There will be smoke and mirrors, but everything is real,” Schmitz said. “These performances will highlight risk taking, true artists and true artistry in live performances.”

The symphony’s third season opens aboard the brig Pilgrim on Friday, March 7 during the second weekend of the Festival of Whales. The show begins at 7 p.m. Opening night will be followed by a matinee performance on Saturday, March 8 at 3 p.m. with another performance at 7 p.m. that night.

Tickets are $25. Space for opening weekend is limited to 200 seats a performance. Children and teens under 15 can attend the Saturday matinee for free, but must reserve a seat.

Season passes for the three symphony shows at St. Edward are available for $50. Individual tickets are $20 for adults and $15 for students, seniors and members of the military. Ticket information can be found at www.danapointsymphony.com.

Schmitz also sits on the city’s Arts and Culture Commission, and is the executive director of Casa Romantica Cultural Center in San Clemente.

On Life and Love After 50: Seniors, Beware: Some Companies Want Your Money

Adoptable Pet of the Week: Elsa