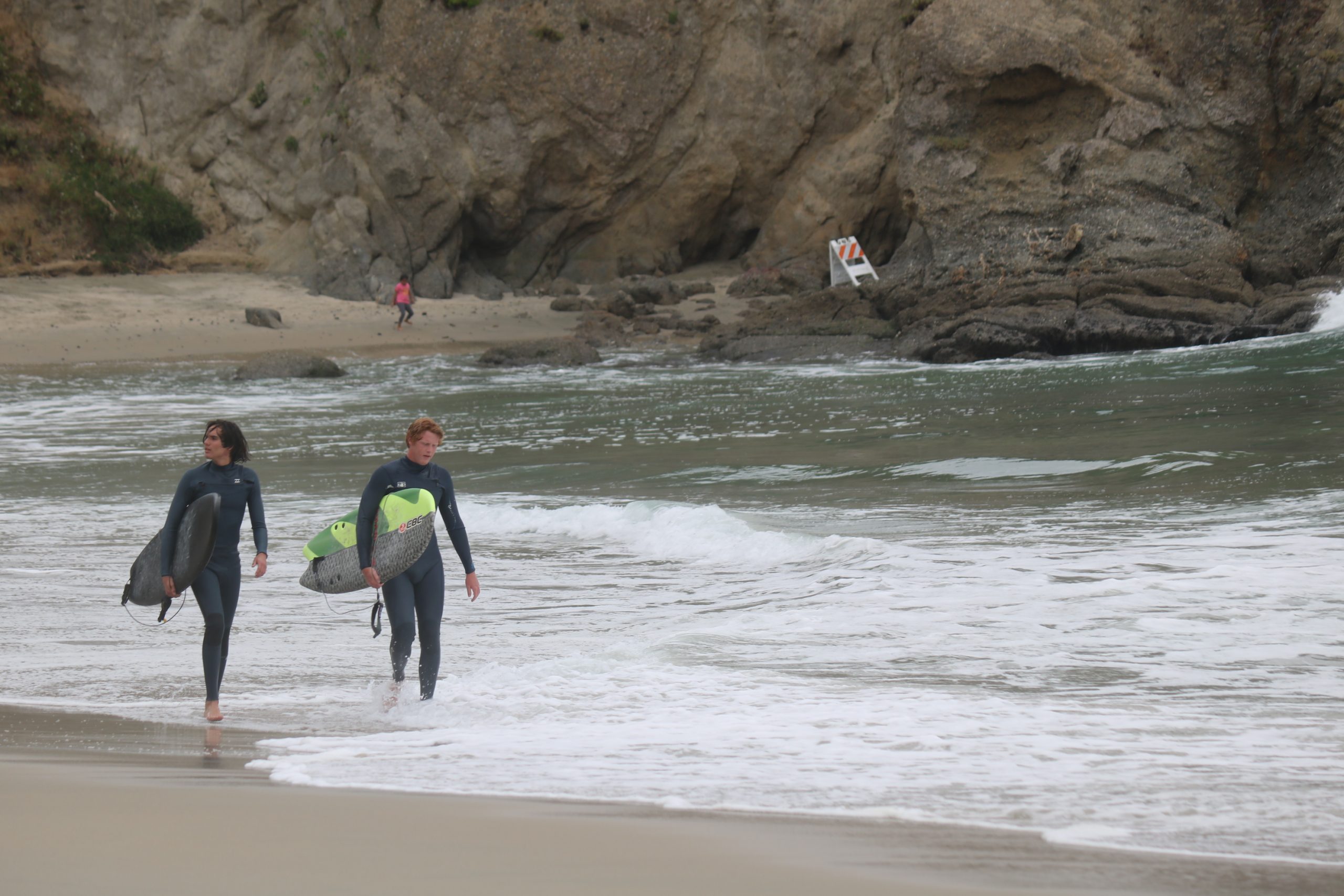 In its efforts to reduce pollution and maintain water quality for the safety of recreational beach users, the Surfrider Foundation released its annual Clean Water Report on May 25, highlighting threats to coastal water quality and measured bacteria levels in water.

While the beach is a popular attraction for locals and tourists in South County, the Surfrider organization indicated that local waters continue to be polluted.

In its report, Surfrider measured bacteria levels in water through the Blue Water Task Force program, an initiative established more than 25 years ago. The program deploys Surfrider volunteers to collect water samples from more than 500 ocean, estuary, bay and freshwater sites and to test fecal bacteria levels.

“Chapter water testing programs are designed to fill in the gaps and extend the coverage of state and local agency beach programs,” the report said. “Surfrider volunteers are testing beaches that are not covered by agencies and are also monitoring potential sources of pollution, such as stormwater outlets, rivers and creeks, that discharge onto the beach.”

Out of the 5,796 samples that were collected, the Blue Water Task Force performed 1,528 water tests from 16 different sites in California, including Irvine, Newport Harbor, Corona del Mar and Huntington Beach.

“The collective results from all the participating BWTF labs have remained relatively constant since we began compiling data in an annual report in 2011,” the report said. “Of the 5,796 water test results reported in 2020, 69% indicated low bacteria levels, 10% indicated medium bacteria levels, and 21% measured high bacteria levels that exceed water quality criteria, or Beach Action Values, set by each state.”

According to the report, approximately 10 trillion gallons of untreated stormwater runoff, containing pollutants including road dust, oil, animal waste, fertilizers and other chemicals, flow into U.S. waterways every year.

“The Utilities Department has a proactive sewer inspection program that uses a radio-controlled, camera-fitted robot to video record sewer lines,” Mallett said. “The videos are then reviewed to determine if there are any defects that need to be corrected immediately and to evaluate sections that could be eligible for future capital improvement projects. All of the city’s sewer lines are typically inspected every three years.”

To help keep its local waters clean, the city of San Clemente created the Clean Ocean Program, which is designed to protect streams, beaches and reef ecosystems from pollutants.

“The city installed and maintains six vortex separators, which are underground treatment units that collect sediment, litter and debris that flows toward the ocean during dry and wet weather,” Mallett said. “These units prevent approximately 93 tons of debris from reaching the ocean each year. The Clean Ocean program also conducts 200 water quality inspections and 160 enforcement actions each year.”

In addition to the Clean Ocean Program, Mallett said educating property owners and residents on irrigation runoff is paramount to improving water quality in San Clemente.

“We do a lot,” Zawaski said. “We also host annual coastal cleanups in September every year, and we also do Facebook posts that try to get people to monitor their sprinklers so the runoff doesn’t go into the gutters.”

Zawaski said Dana Point has multiple programs to monitor its water quality. Dana Point participates in a cooperative effort to test all beaches and gives its data to Heal the Bay, an environmental organization that produces an annual report using letter grades to rank West Coast beaches based on bacteria levels found in water quality sampling.

According to Zawaski, Dana Point uses the Heal the Bay report to help guide policy.

While Surfrider’s Clean Water Report did not collect water samples from sites in San Clemente and Dana Point, the two coastal cities participate in the Water Quality Improvement Plan.