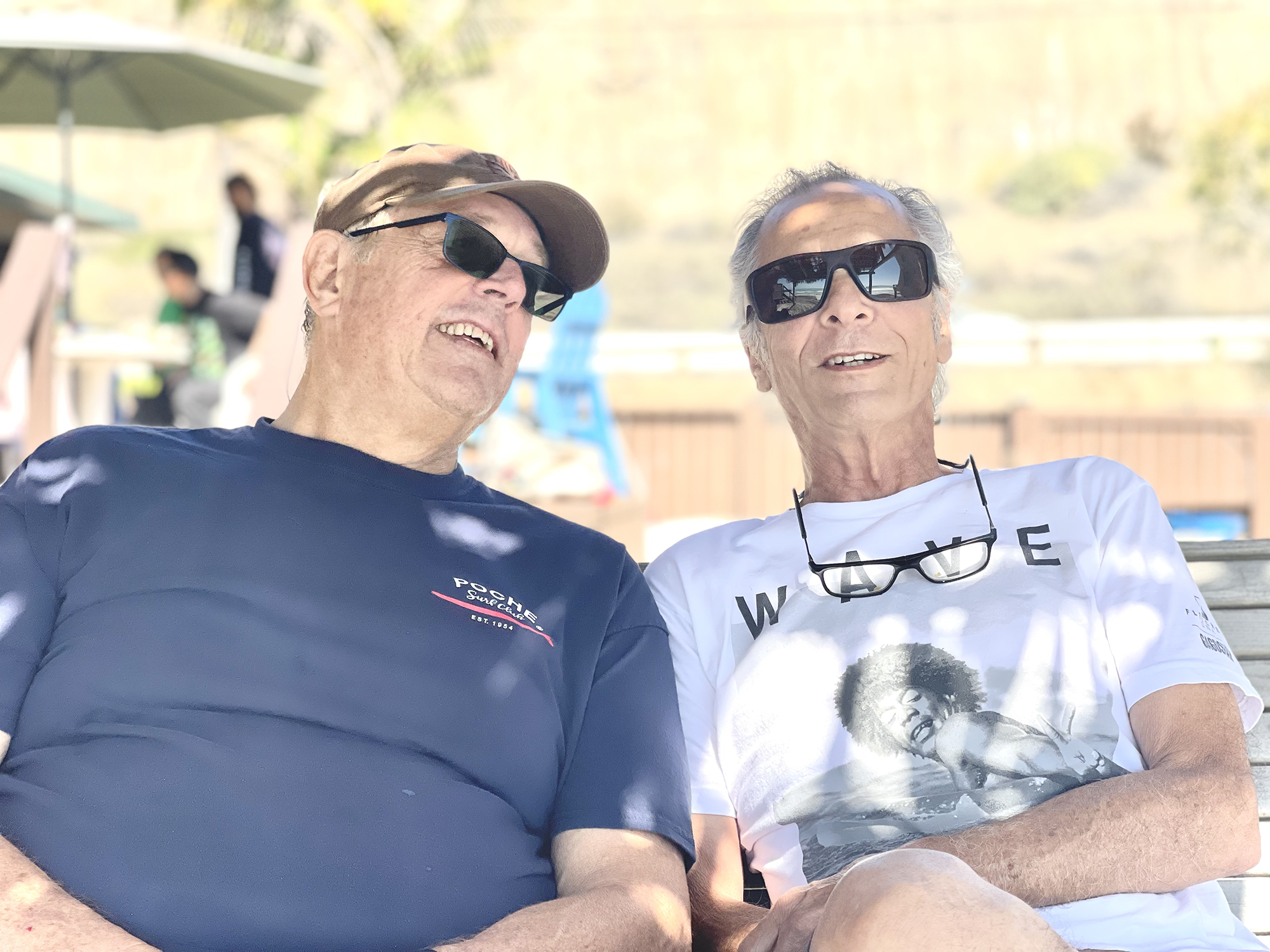 I’m a sucker for a story. Art Brewer has a lot of them. The first time I met the iconoclastic surf photographer was on a trip to Fiji for Surfer magazine in 2003.

Andy and Bruce Irons, Mick Fanning, Ian Walsh, Jamie O’Brien and a whole cast of characters were onboard to try and find some undocumented lineups in the southern Lau Group. Brewer was there to capture the action.

Brewer’s reputation as a gruff, old grizzly bear preceded him. Guys in the Surfer photo department proudly wore shirts that read, “Art Brewer hates me.” Somehow, we hit it off.

At present, Brewer’s having a bit of a rough go of things with some health issues, and this week I wanted to take a minute to let him know just how much love there is out there for him.

Over the weekend, my daughter and I were at the Ohana Fest at Doheny and looking at a collection of photos from former Surfing magazine photographer Steve Sherman. I introduced him to my daughter and explained that she’s taking photography at San Clemente High from Brewer’s daughter, Alana Mack.

“I wouldn’t be doing what I’m doing today if it wasn’t for Art,” Steve told my daughter. “He’s a legend of the highest order.”

I’d venture to say almost every other surf photographer on the planet today would share a similar sentiment. For all intents and purposes, Brewer is the man.

Growing up in Laguna Beach, Brewer took his first surf photos in the winter of 1967, when a friend of his asked him to watch his equipment.

“He wanted to go out and surf. He told me I could shoot a few photos if I wanted to,” Art recalled in an interview we did together a few years back. “I shot a roll and a half of film.”

That roll and a half of film would change the course of surfing as we know it. In 1967, Surfer magazine was a fledgling publication run by surfer/artist John Severson out of Dana Point. Brewer decided to submit a few images to the “reader’s photos” section. One was published.

One photo led to two, which then led to advertising work with local companies including Hobie.

“I was getting more of my photos run, and one day Surfer called me and asked if I wanted to be a staff photographer,” Brewer said. “It paid $500 a month, and I thought I’d made the big time. I went out and bought a new car.”

Working under Senior Photographer Ron Stoner, Brewer’s photography quickly evolved. In ’69, Stoner stepped aside from the magazine and Brewer took the helm. He was sent directly to the North Shore of Oahu for his first-ever field assignment.

“There were only a couple other people shooting. The North Shore was a completely different world back then, very quiet, very off the beaten path. I was going to be there for four months,” he said.

The timing couldn’t have been better for Brewer. In December, the historic “Swell of ’69” hit the North Shore. Waimea Bay was so big, the waves closed out the entire bay and more than 60 homes were destroyed.

“It was dark when the swell really hit, and we could hear the emergency sirens and public address warnings,” he continued. “We were evacuated to the field where Sunset Elementary School is today.”

The Swell of ’69 was just the beginning of a 40-year adventure that took Brewer to some of the most remote corners in the world with some of the best surfers in the world. He served as Surfer’s photo editor until ’81, then set out to explore the limits of his photography.

Brewer has spent extensive time traveling, logging serious time in Africa, Indonesia, the South Pacific and pretty much everywhere in between. He also branched out of surfing, working with a Hall of Fame list of athletes, including Michael Phelps, Derek Jeter and Dwyane Wade.

Today, Brewer lives in Dana Point. He has grandkids, a yellow lab and a pair of fins that keep him in the water. He teaches a photography class at Orange Coast College and works with the New York School of Visual Arts teaching a surf photography program.