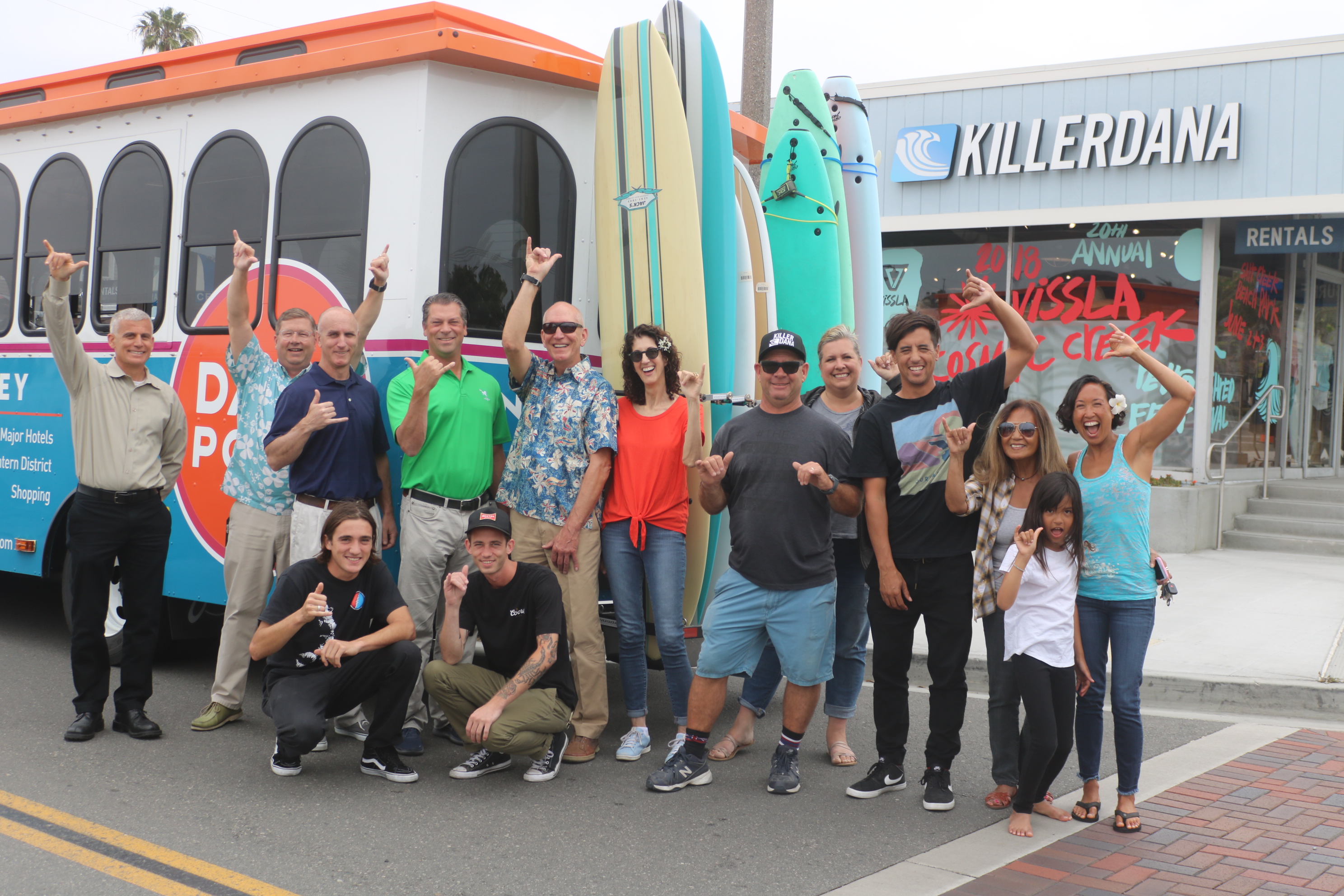 On June 8, the Dana Point Trolley began its summer circles around Dana Point. Many residents were excited to jump on the trolley to enjoy the summer days after school let out and enjoy ArtFest, which loomed on the horizon.

A seemingly popular transportation vessel, the Dana Point Trolley saw staggering rises in ridership over the last year. The trolley ridership count total for its first weekend was 2,357 people. That is an increase of 381 passengers, or 19 percent, from opening weekend’s count last year. Weekend one in 2017 totaled 1,976 riders.

One reason for the increase in ridership on this year’s opening weekend could be the eight new stops on the route.

“The expanded route that we unveiled this year adds new important stops in Capistrano Beach and up near Dana Hills High School which we are very excited about,” said Matthew Sinacori, director of Public Works for the city of Dana Point. “Plus, it continues our partnerships with adjoining cities. Connections currently exist with Laguna Beach and San Juan Capistrano and we anticipate connections with San Clemente and Laguna Niguel next year as a result of the increased interest.

“The Dana Point Trolley route is all about connectivity,” Sinacori continued. “Our city staff worked closely with City Council to review community feedback and in turn responded by expanding the already popular route to reach as many communities as possible.”

Bernie Gladova, of Laguna Niguel, was on the trolley headed north from Capistrano Beach to do his shopping and said he knows that the trolley may take longer, but loves the convenience of running his errands without the stress of traffic.

“I don’t have to worry about parking or traffic,” Gladova said. “I just get to sit here and enjoy the ride.”

In addition to route changes, the trolley itself has undergone some noticeable alterations and upgrades the city believes will cater to the summertime bustle in Dana Point.

Dana Point has added racks for surfboards and stand-up paddleboards to the five trolleys.

Total cost to the city to install the racks was covered by a grant. Installation included custom surfboard and stand-up paddleboard racks, a trolley hitch and receiver, and assembly and installation for a total of $22,133 for all five trolleys to be outfitted.

In a community such as Dana Point, where recreation on the water is a way of life, city staff believes these racks provide an opportunity to use the trolley to get to the beach with surf equipment in tow. Eight boards can fit on each trolley, however, boards less than five feet must be taken onto the trolley.

“The city is stoked to offer surfboard racks as part of the trolley program. It’s another way we are working to provide innovative ways for our residents and visitors to get around the city. And it just might save Dana Point moms some trips dropping off or picking up sandy kids and boards at the beach,” said Dana Point City Manager Mark Denny.

For more trolley route information, view this story online at www.danapointtimes.com. Readers can also download real-time data or the trolley app at www.dptrolley.com.