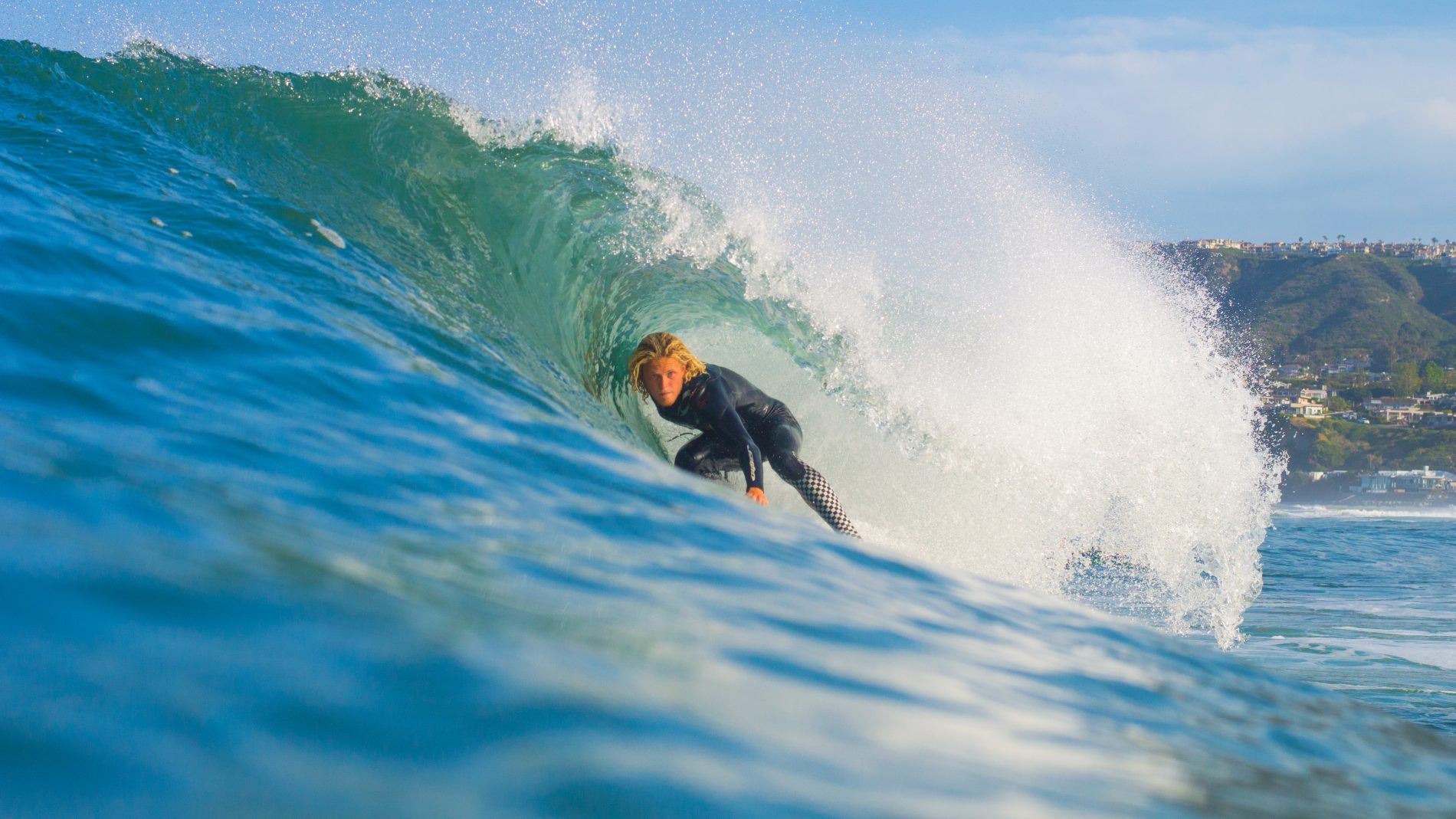 This weekend, the NSSA National Interscholastic Championships will land at Salt Creek. Taking place from June 17-19, it’s more than just another end-of-school contest; rather, it’s an opportunity for some of surfing’s most talented academic performers to show the world that it is in fact possible to get good grades and still get barreled.

Drawing middle school, high school and college surf teams from around the country, a couple of South Orange County powerhouses are looking like strong favorites going into the weekend. Earlier this year, both San Clemente High School and Shorecliffs Middle School captured the NSSA Interscholastic State Title, and given the depth of talent both squads possess, it’s totally possible that they could run the table on the national level as well.

San Clemente High’s team is stacked with talent. At the state championships, the Triton’s men’s squad more than made their presence felt. While the varsity players didn’t have a surfer that won the division outright, Liam Murray, David Economos and Amor Cayres finished second through forth, respectively. The team’s success was even more profound on the Junior Variety level. San Clemente junior varsity all-star Curran Dand won the division, while others on the team claimed five of the top six places.

Reef Tsutsui, Chad Clifton, Jacob Atwood and Dakota Albers all made the podium and contributed massive points to the team’s winning effort. It’s also worth noting that Blue Engleking finished second in the junior varsity longboard division as well. At the state championships, San Clemente High won by a remarkable 50-point margin. Competition on the national level will be considerably stiffer, but year in and year out, San Clemente is considered to be one of the most elite programs in the country. Last year, the Tritons missed out on a national title by eight points. Given the depth of the team and the abundance of experience they’re carrying with them this season, San Clemente High National Champions does have a nice ring to it.

And if you thought the Triton offense was stout, Shorecliffs Middle School really packs a wallop. At the NSSA State Championships in March, Shorecliffs had three teams finish in the top six, so not only is their A team extremely dominant, but so are their B and C teams. That spells trouble for the rest of the middle schools in the country. In the Middle School boys division, Kai McPhillips took first (and also won the longboard division), while fellow classmates Nico Coli, Hagan Johnson, Taj Lindblad and Braden Burch rounded out the podium. In the girls division, it was Shorecliffs’ Taylor Stacey taking home the win, while Makayla Moss finished sixth. It was the 12th straight state title for the Shorecliffs team. Again, the competition will be considerably more seasoned this weekend when the best middle schools in the country congregate at Salt Creek, but given their track record, they’re not exactly underdogs.

On the college level, Saddleback will also be in the national title hunt. They finished seventh at the state championships, and last year finished seventh in the national championships. The college scene is highly competitive with a number of quality surf programs in contention. Point Loma Nazarene in San Diego is the defending champs, while UC Santa Barbara, UC San Diego, Cal Poly San Luis Obispo and San Diego State University all typically field deep, talented teams.

As far as waves and weather go, it’s setting up to be a nice weekend at the beach. According to Surfline.com, on Friday, the first day of the National Interscholastic Championships, we should enjoy a nice little bump in south swell, bringing wave heights into the waist to chest high range. The swell tappers off through the weekend, but traces of southern hemisphere energy with an additional shot of short-period northwest wind swell should keep the surf in the competitive zone. Weather-wise, look for sunny skies with some cloud cover in the morning. Beach temps are expected to climb into the high 70s. It is looking like there’s a potential for a touch of southwest wind, but overall things should stay relatively clean at Salt Creek.

After the National Interscholastic Championships, the NSSA Explorer and Open National Championships will take place in Huntington Beach from June 26 through July 3. To be eligible to surf in either of the NSSA championships, surfers must maintain over a 2.0 grade point average and qualify over the course of the regular competitive season.