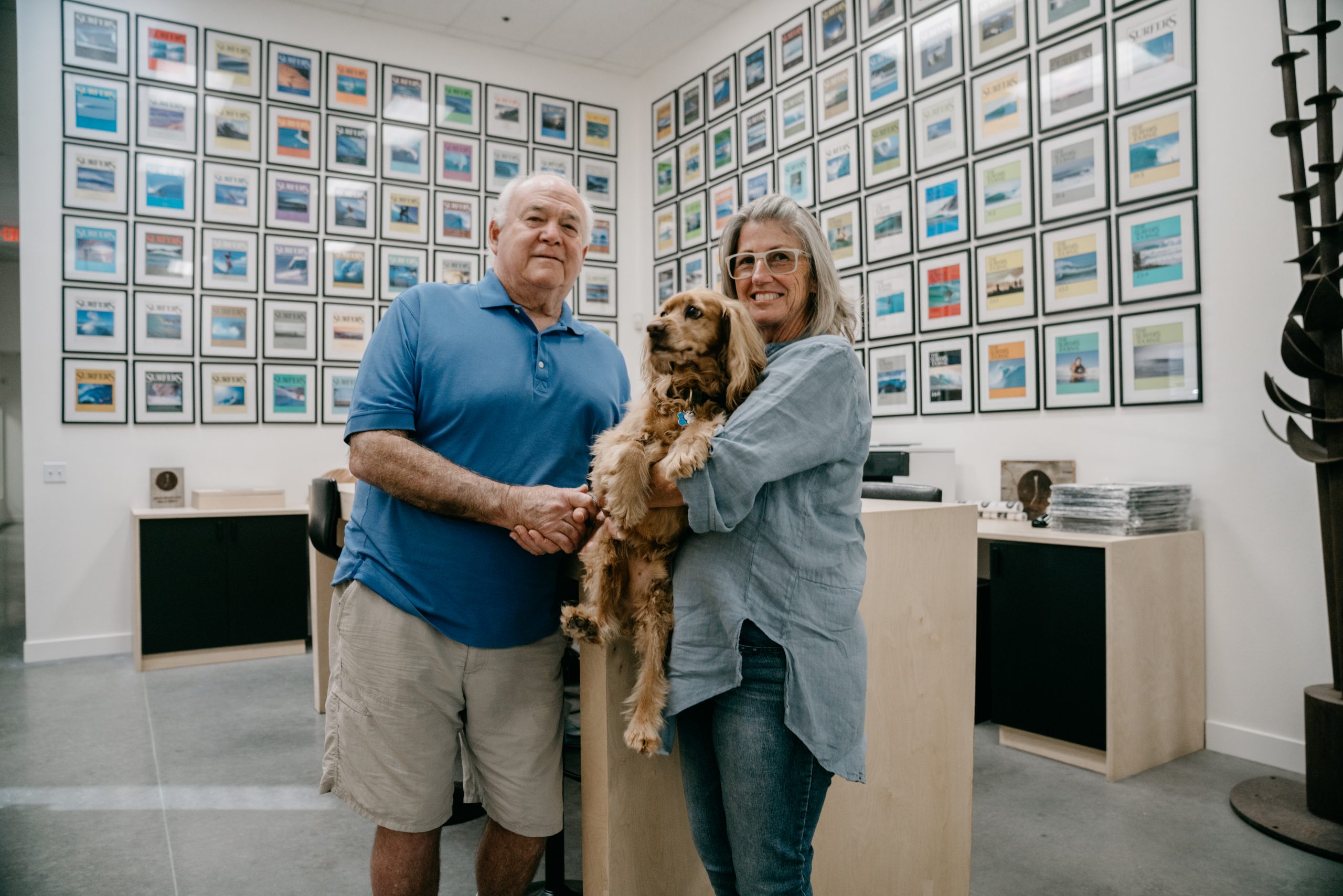 On May 25, 2000, I received a rejection letter from Steve Pezman, the publisher of The Surfer’s Journal. I couldn’t have been more elated at the time. It was like the scene in the Steve Martin movie, The Jerk, when the main character finds his name in the phonebook and declares, “I’m somebody!”

A naive 24-year-old, I’d pitched “Pez” a story about a Seal Beach lifeguard and surf pioneer named Jack Haley, who’d recently passed away. I hadn’t fully comprehended that Haley and Pez had a decades-long relationship and what that meant for the art of storytelling.

A lesser man would have blown me off, but Pez, a thoughtful, insightful person, took the time to write me a two-page letter explaining why the piece was not fit for publication.

“Your story of Jack could not possibly include what you weren’t there to know,” he wrote. “The real story would be well worth reading, but will never be written.”

At the bottom, he included a note: “Please, for obvious reasons, keep this between us.”

Enough time has passed to share Pez’s sentiment (but the nitty, gritty details will remain a secret). Pez knew, and I’ve come to learn, that success in writing is largely about how one swallows the bitter pill of rejection, and somewhere in Pez’s words I found motivation.

After combing the sands for another year or so, I eventually had the good fortune to join the editorial team at Surfer magazine, which Pez had helmed a couple decades prior. And by the time The Surfer’s Journal celebrated its 20th anniversary in 2010, I had the high honor of holding down a chair in their edit department at Pez’s esteemed publication.

Like an eager little puppy, I shared with him the letter he’d written a decade earlier. He smiled and chuckled like the big papa bear he is. I wonder how many other sensitive writers and artists he’s let down oh-so-gently over the years.

This month, The Surfer’s Journal turns 30 years old, and while much has changed in the world of “surf media,” it’s defied the odds and proven that print is not dead. Rather, with the right formula and a little secret sauce, it can, in fact, thrive.

When Pez and his wife, Debbee, founded the publication in 1990, they wrangled a list of subscribers from Surfer, sent out a mass mailer explaining how they were launching a reader-supported publication that would have minimal advertisements and feature high-grade, premium stories and photos.

They patiently waited by the mailbox for a response. It was slow at first, but things picked up, and soon they had enough support to print their first issues.

“The goal has always been to have The Surfer’s Journal act as a gallery of white walls, hanging the art of writers and photographers,” Debbee explains. “We are subscriber-driven, and our readers are loyal. For that, I am grateful. It is this loyalty that has allowed us to become a member of One Percent for the Planet. This is something we are most proud of.”

Now, 30 years later, they’re still at it. With son Shaun Pezman at the helm today, Steve and Debbee don’t spend as much time behind the desk as they used to, but the family-owned-and-operated vibes are still very much flowing, as their dedication to surfing’s history and culture has never wavered.

They’ve also branched out and launched The Golfer’s Journal a few years ago, which has enjoyed much success.

In the age of fast-paced online consumerism, relentless social media noise and all of the other distractions we face daily, The Surfer’s Journal remains a breath of fresh, salt air, an opportunity to sit down and reflect on why we’ve dedicated our lives to the silly pursuit of riding waves.

“The time Deb and I’ve spent at Surfer—and myself previously to that at International Surfing—and now The Journal created a basic foundation,” Steve explains. “But no matter what I say about it, the 30 years sneak up on you. For me, it’s all collectively 50 years of making colored dots on paper about the experience of riding a wave. What does that mean?”

I can tell you what it means to me, and I think I speak for a lot of artists, photographers and writers out there when I say it’s means the world. Thank you to Steve and Debbee for creating The Surfer’s Journal and giving us all a place to do what we do.

And as a reader, thank you for giving me something to look forward to other than my next notice from the IRS.

Behind all those high-gloss covers are a lot of hard work, sacrifice and passion, and yet 30 years down the track, the magic is still there every time a new issue lands in the mailbox.