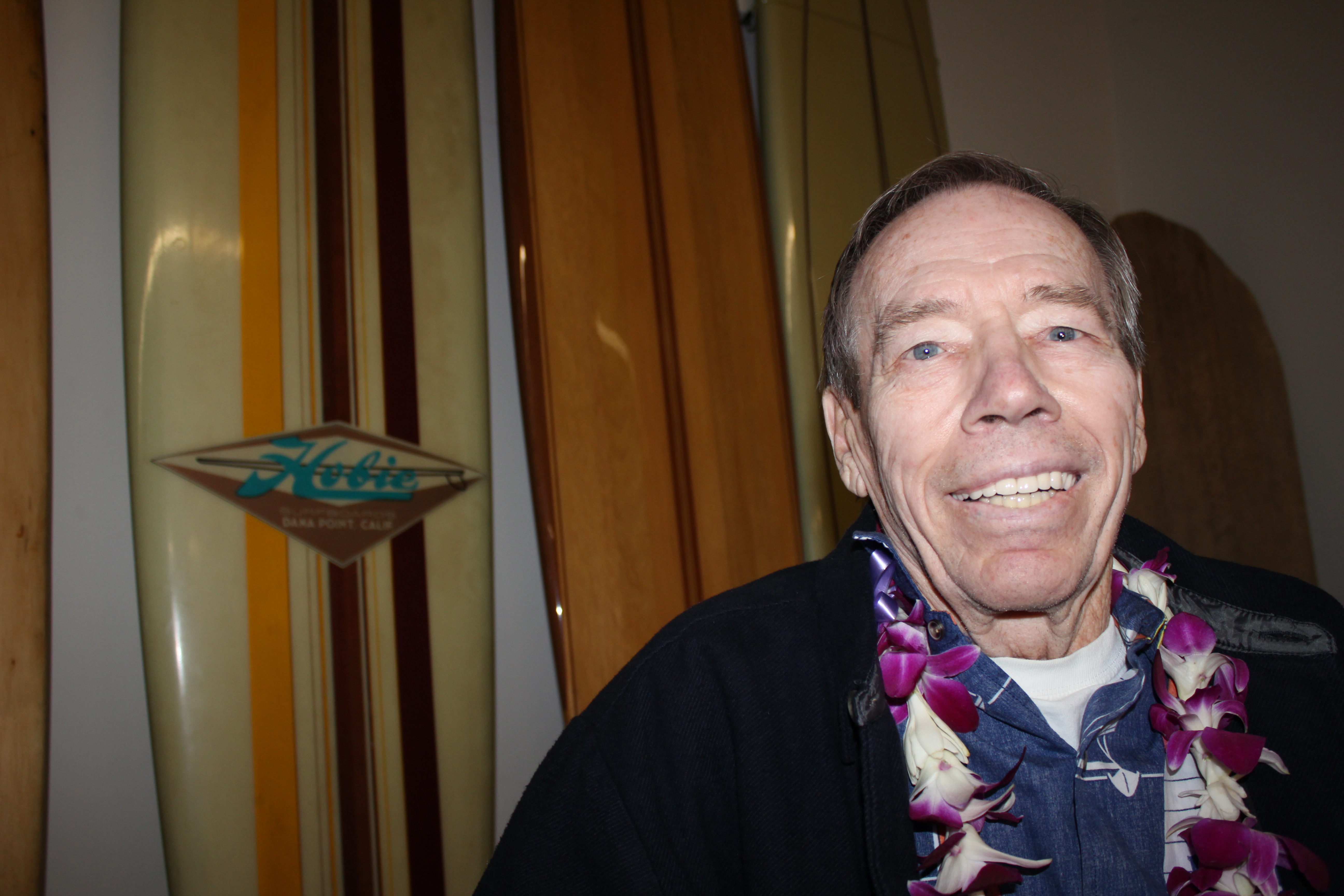 Hobie Alter received surf fans and surfers like a gracious king Saturday at the Surfing Heritage and Cultural Center.

The event, a celebration of a new biography of Alter titled HOBIE: Master of Water, Wind and Waves, brought out surf royalty like Phil Edwards, former Hobie employees and others just looking to get a glimpse of the surf legend.

Book author Paul Holmes, who also greeted well-wishers and signed copies of the book, said he was grateful for the turnout, but knew, after all, that it wasn’t for him.

“I’m very gratified so many turned out, not for me, but for Hobie,” Holmes said.

Holmes said the event had also given him the opportunity to catch up with—or meet in person for the first time—some of the people he’d spoken with for the book during his more than two years of research.

Barry Haun, the center’s curator and creative director, said Alter not only shaped surf culture, but had also touched other areas, from stand-up paddleboarding to sunglasses to remote control gliders. He noted the number of giants of the surf world in attendance, the likes of Edwards, who Haun called the “Joe DiMaggio of surfing,” and Mike Hynson, from Endless Summer, who don’t normally attend events.

“It shows what an icon Hobie is,” Haun said.

Many other supplicants came to speak with Alter as well. Cris Dawson, for example, was a member of an exhibition skateboard team Alter sponsored in 1966, and came to reminisce with Alter, despite not having seen him since.

“Hobie is such a significant figure in ocean sports,” Surfers Journal co-publisher Steve Pezman said. “There are people here who’ve just come out of the woodwork.”

For more information, contact SHACC at 949.388-0313 ext. 0 or see www.surfingheritage.org, where the book is available for purchase.