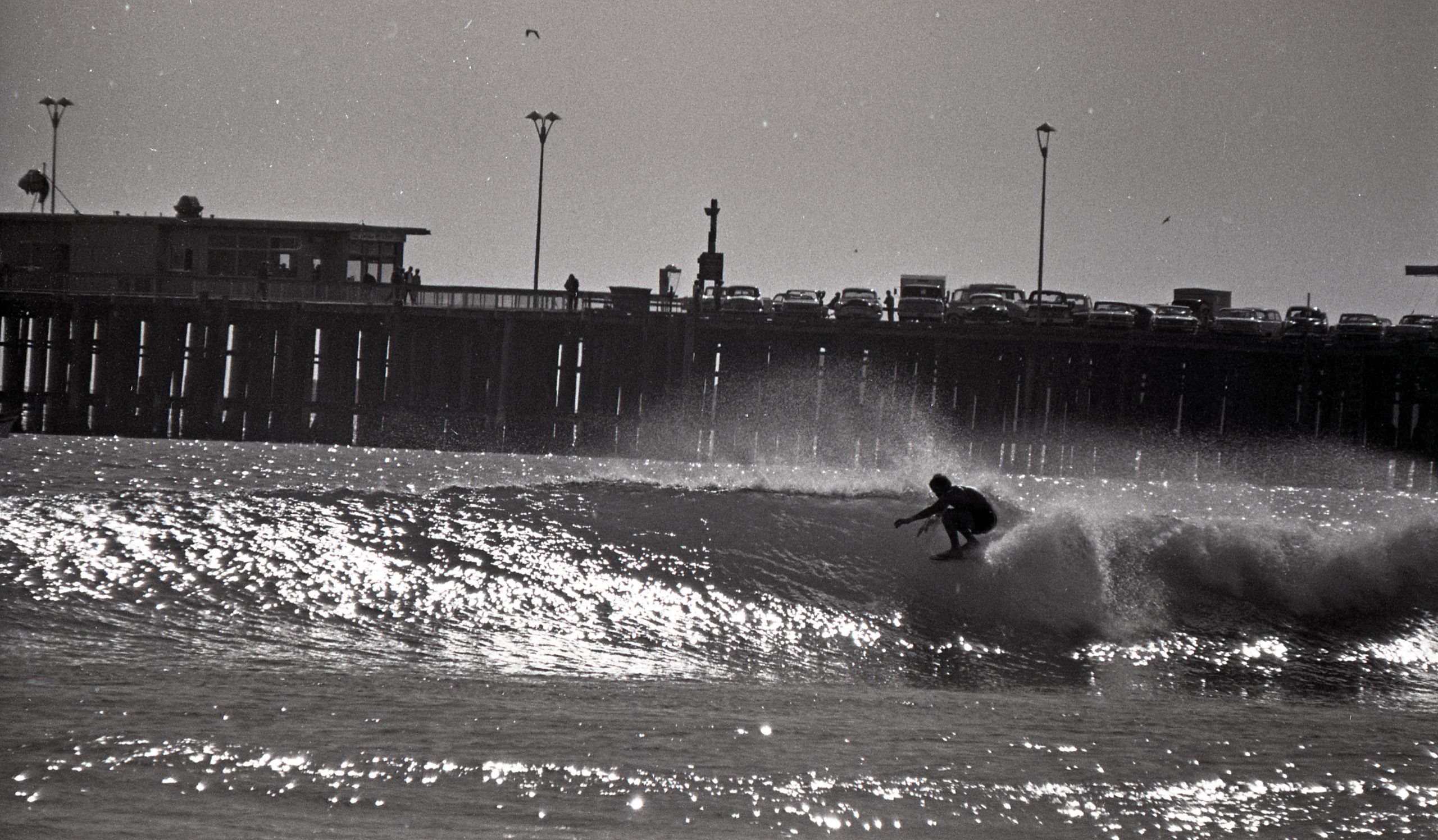 The Other Surf Publisher in Town

John Severson’s ‘Surfer Magazine’ might be the most famous publication from this area, but Dick Graham’s ‘Surfing’ magazine had something, too

For those growing up in the dark ages—before the Internet—getting information about the latest surfers, swells and developments in the wave-riding community took some work. Today, all you must do is pick up your phone, and there’s the most up-to-date forecast. You can check the webcams or watch the most recent highlights of your favorite surfers.

My brother and I would study the black-and-white satellite photos published in the weather section of our local newspaper to see if there was a storm spinning in the Gulf of Alaska. If the potential of waves appeared imminent, we’d hunker down behind our crude weather radio, waiting for garbled swell and wind reports.

Coming of age in the neon ’80s, I still have VHS tapes filled with recordings of ESPN’s Hot Summer Nights, the only TV show that occasionally featured surfing. The best episodes were the ones with the Surfer Magazine TV show. Episodes with Matt Archbold in Costa Rica and Tom Curren in Mozambique captured my imagination of what lay beyond the sanctity of the California coast.

The most consistent and dependable source of information came from the monthly magazines, namely Surfer and Surfing. Through the ’80s and ’90s, the publications were locked in a fierce competitive rivalry. And I soaked it all up.

In the small sandbox that is surf publishing, Dana Point and San Clemente were ground zero. John Severson founded Surfer Magazine in San Clemente in 1960. In fact, just last week, we shared a few tales about Severson’s relationship with President Richard Nixon in this very paper.

And while Severson deservedly gets the lion’s share of the credit when folks wax poetic about the golden days of surf publishing, Surfer was just the start of what would come to be known ubiquitously as “surf media.”

You don’t hear Dick Graham’s name bandied about with such reverence, but he surely played as important a role in the evolution of how surfing’s stories were told.

Growing up in Los Angeles, Graham started surfing in the late ’50s as a teenager while attending then-Chapman College on a basketball scholarship. He then served a three-year tour in the Marines.

After leaving the service, in 1961 he took a job as a data processor with Petersen Publishing, a large-scale magazine conglomerate. It was just the foot in the door for which he was looking.

Settling down in Orange County, in ’63, he wrote Surfing Made Easy with Hobie Alter. That same year, he published Peterson’s Surfing Yearbook, which soon morphed into Petersen’s Surfing Magazine.

At the time, there were a handful of fledgling mags looking for a toehold in the growing surf business, including Severson’s Surfer, Walt Phillips’ Surfing Illustrated and Bill Cleary’s Surf Guide.

Graham was not only wise in the ways of publishing, his skills as a journalist and photographer led to his images appearing on four out of six Surfing magazine covers in 1967. That same year, Graham joined San Diego’s Windandsea Surf Club on a trip to Australia. The sport of surfing would never be the same.

Wandering the country’s eastern shore, he was one of the first Americans to bear witness to the stubby vee-bottom boards the local surfers had crafted. It was the dawning of what would come to be known as the Shortboard Revolution.

Graham broke the news a full six months before Severson touched on the subject in Surfer Magazine. The move cemented Surfing’s reputation as the home for radical, innovative surfing—a theme that carried on throughout the lifespan of the magazine.

Meanwhile, with his artistic and environmental sensibilities, Severson’s Surfer became more of a tome for the soul surfer.

By the end of the ’60s, Graham penned another book, Kings of the Surf, then decided to step away from publishing. He worked as the vice president of marketing for booming surf wear brand Hang Ten from 1968-75.

He then elevated his game as the co-owner of Lightning Bolt, which was made famous by what Gerry Lopez and Rory Russell were doing at Pipeline on the North Shore of Oahu at the time.

Graham was fittingly inducted into the East Coast Surfing Hall of Fame in 2006 and the Surfing Walk of Fame in 2015. In 2016, he published a book entitled The Ride about his experiences behind the publishing desk and in the surf industry.