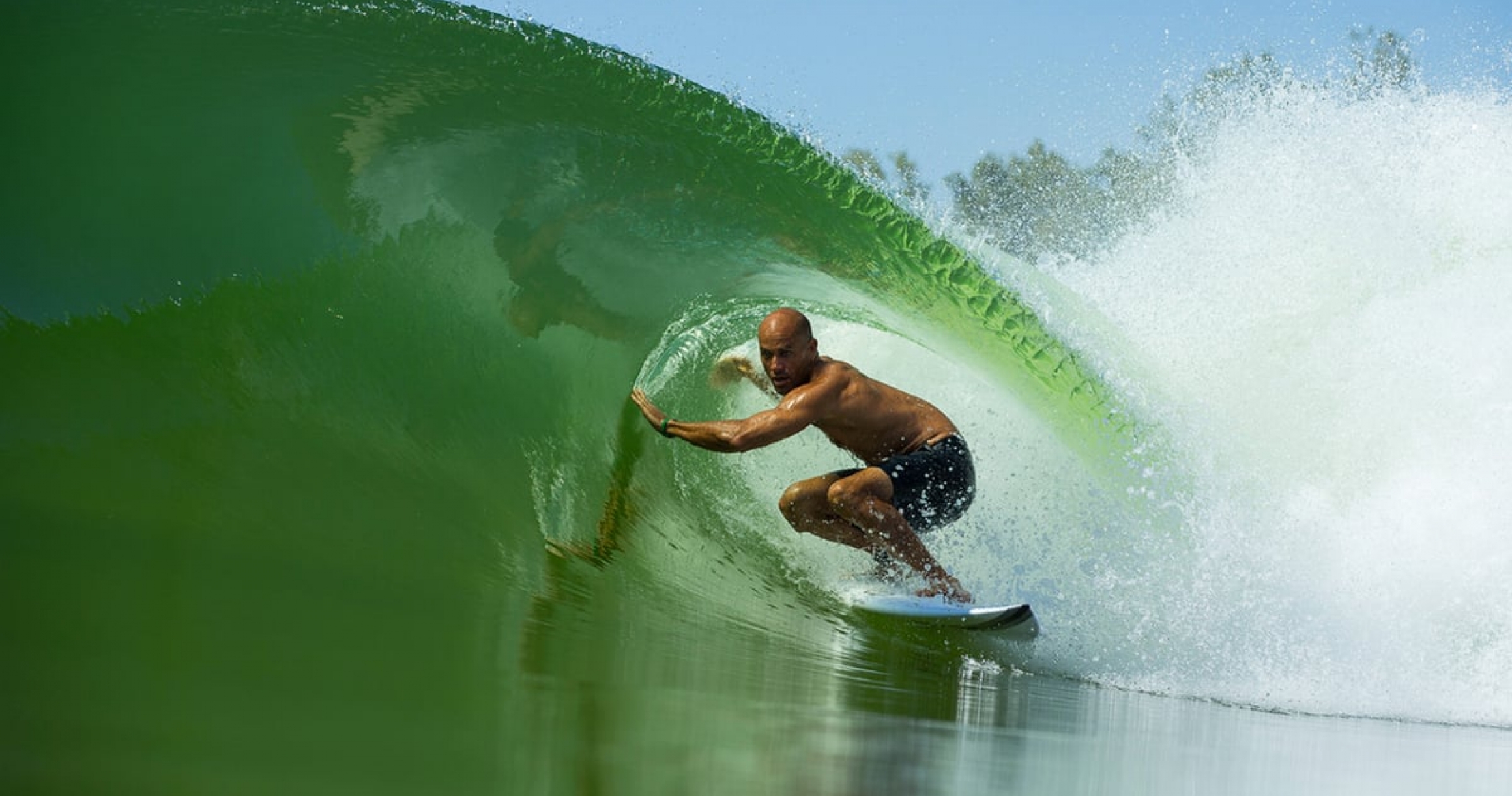 The Surf Park Dilemma: After one failed attempt, should San Clemente still look to build a wave pool?

A year ago Kelly Slater stunned the surf world when he debuted what was immediately heralded as the best artificial wave in the world. Engineered in a secret test pool off of Highway 99 in the Central Valley, the dream that for so long had plagued surfers and pool designers appeared to be solved. Overnight, the Kelly Slater Surf Ranch proved it was possible to recreate a perfect, five-foot, barreling wave as good or better than any wave in the world.

In August, the International Olympic Committee voted to include surfing in the 2020 Olympic Games in Tokyo. Organizers of the Games remain insistent that Olympic surfing will take place in the ocean, but having a failsafe, manmade wave-making facility in their back pocket appears to have buoyed their confidence.

“This is a game-changing moment for surfing,” said Fernando Aguerre, president of the International Surfing Association. “We are already seeing increased popularity of the sport across the world, and the Olympic Games will provide an incredible platform to further showcase surfing and its core values.”

Aguerre made it perfectly clear that wave pools will very much factor into the future of surfing. The World Surf League supports the Olympic movement and has also invested in Slater’s proprietary technology. But Slater’s wave isn’t the only game in town. There are a number of projects in the works around the world utilizing various technological innovations, and the surf park revolution appears to be in full swing. This summer, a new park opened in Austin, Texas, with another one in development in the lone star state. There are also plans to build a massive surf park at the Meadowlands in New Jersey. Outside of the U.S., in Australia there are parks being planned for Sydney, Melbourne and Perth. In Europe, surf parks have been opened in Wales, the Spanish Basque Country, and even the  airport in Munich, Germany.

In 2011, a surf park was approved by the San Clemente City Council. It was intended to be built at the Vista Hermosa Sports Park along with a miniature golf course, but in 2014, the deal was terminated when the city said the partners failed to meet deadlines to demonstrate financial capability, submit plans, secure permits and build the facility. In April 2016, fraud charges were filed against four of the businessmen involved in the project. The case is currently pending.

So where does this leave South Orange County in its pursuit of freshwater shredding? Well to begin with. there is a large contingent of local surfers that don’t see the point.

“Why would you build a wave pool in San Clemente?” pondered Trestles regular Mike Wilson. “We have such amazing natural wave resources right in our own backyard. From Trestles to San Onofre, Salt Creek, Doheny, there’s almost always a wave to ride somewhere. I can’t imagine why somebody would want to surf in a pool or that it would attract a lot of business.”

Or would it? Most of the lineups in the immediate area are well utilized and often extremely crowded. A good summer day at Lowers will see an excess of 150 surfers in the water at any given time, and when you’re only looking at a three-wave set every 20 minutes, it means most people aren’t catching very many waves. An artificial surf facility could serve as a release valve for the pressures that build up at the more high-profile spots.

“If there was somewhere I could go on my lunch break and be guaranteed to catch a few really good waves, it might be worth it,” explained Brendan Svenson, a surfer who lives and works in the area. “What’s the difference of paying to go surf or paying to go to a gym? I’d rather go surfing than run on a treadmill.”

For reference, at the NLand Surf Park in Austin, it costs $90 for a 90-minute session. By no means is it as cheap as feeding a couple bucks to the meter at T Street, but for those that mix it up at Lowers on a regular basis, it’s considerably cheaper than a stress-related heart attack.

A wave pool in San Clemente or Dana Point could also potentially help foster up-and-coming talent. This area produces some of the best surfers in the United States, and perhaps a training facility would provide them with a platform to take the world by storm. The last Californian to win a world title was Tom Curren in 1990, and with gold medals on the line in 2020, our local surfers have the potential to do something very special.

Getting surf parks built is an inherently difficult and expensive endeavor, and to be sure, after the last proposed project in San Clemente went up in flames, investors and developers have every right to be wary of jumping back in the pool (pun intended). But there’s also a lot of upside to building a world-class wave in a community that already has world-class waves. It may just take a leap of faith.