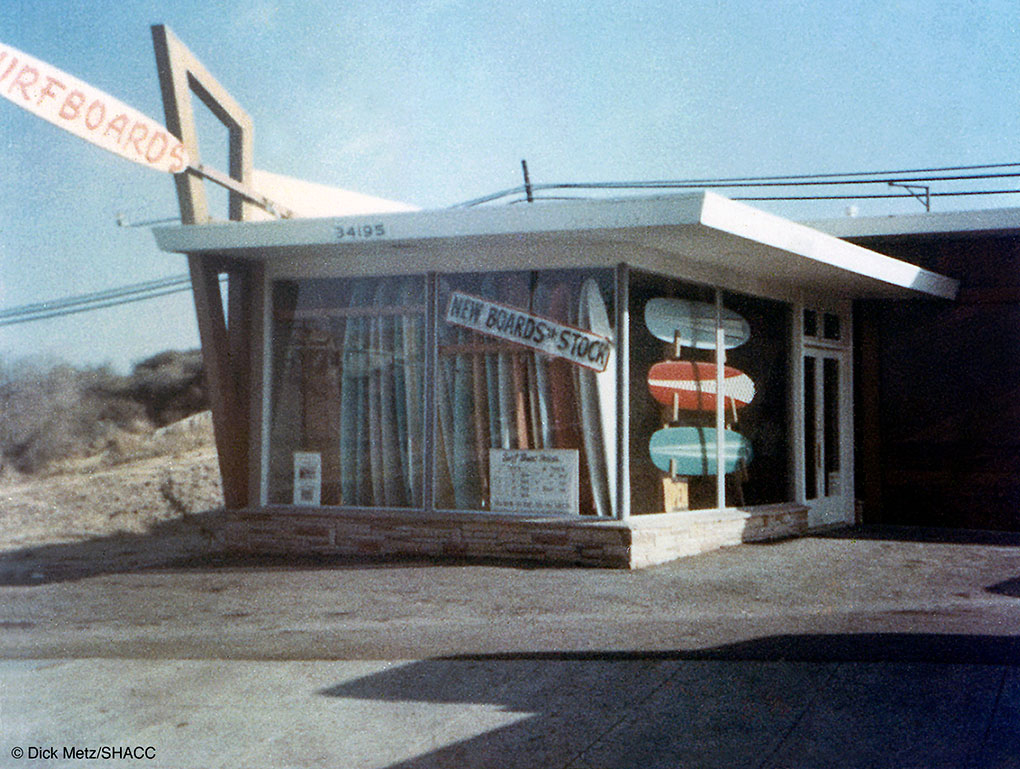 Over the past few months, I’ve heard more than one story of a surfer spending their COVID-19 relief money from the government on a new surfboard. Makes sense; when it comes to mental health, a surfboard is pretty much an essential item right now.

As businesses in the area begin to reopen and we get ready for what’s sure to be one of the weirder summers in memory, please do everything you can to support the local surf shops, board builders and brands when it comes to picking up a new board or other gear for the beach.

They’ve been the cornerstone of our surf community for generations and could use your help now, more than ever.

As far as surfboards go, consider that every board that’s made locally helps support not just the shaper, but a whole staff of talented craftsmen. From the glassers, to the sanders, to the kid working behind the counter in the shop, all of their jobs are more secure when you buy a board that’s built by the people in your neighborhood.

“I’ve got all my guys here, they’re all really good at what they do, and that helps us maintain our level of quality,” says San Clemente shaper Timmy Patterson.

Since Grubby Clark and Hobie Alter conspired to create the first foam surfboards back in the late 1950s, this area has long been a hotbed for talented surfboard builders. Patterson’s father and uncles were among the first to work in the noteworthy Hobie factory.

But Hobie was responsible for more than just surfboards; he was also a pioneer in surf retail. After shaping his first 99 surfboards at his parents’ home in Laguna Beach, in 1954, Hobie’s dad spent $1,500 on a Pacific Coast Highway property in Dana Point (two blocks away from where the current store is located).

More than just an opportunity to get rid of the mess he was creating for his dad while whittling balsa wood surfboards in the front yard, Hobie would launch the first surf shop in Southern California. Hobie shaped board No. 100 shortly thereafter.

It’s that tradition and legacy that all of the surf shops in our area celebrate. And right now, they could use our support.

Whether it’s iconic retailers such as Hobie or Jack’s, or community fixtures such as Killer Dana and Infinity in Dana Point, or Catalyst, Icons Of Surf, Dewy Weber, Terry Senate or any of the other shops in San Clemente’s esteemed “surf ghetto,” if you need a ding repaired, a new leash or just have to freshen up that wax supply, spend your hard-earned cash with them.

It’s these core retailers that are the backbone of our surf industry. Last year, the Surfing Heritage and Culture Center hosted an exhibit called “Temples of Stoke,” which honored and told the story of some of the most revered surf shops on the West Coast.

“Surf shops have always been more than a place to just buy more stuff,” explains Glenn Brumage, Director of SHACC. “They’ve always been cultural hubs, gathering places where stories and new ideas were shared. It’s hard to imagine surf culture without surf shops. Where else were you going to hear the latest gossip, check out the newest surfboard design and maybe buy a bar of wax . . . if you couldn’t scam it for free?”

And that’s just why it’s so important to support our local surf businesses. It’s not just about the economy; it’s about the very fabric of who we are as surfers. Without the gathering place that surf shops have become, without the knowledge and tradition of handmade surfboards being passed down, surfing runs the risk of becoming like any other sport—something you do rather than something you are.

Over the past couple of months, you may have grown accustomed to shopping online. You can find everything on Amazon. From boardshorts to boards, they even have a White Claw model (only 18 left).

And, sure, they’ll deliver it to your front door in 24 hours. But Dana Point and San Clemente are quintessential California surf towns, and as such, we owe it to all those business owners trying to thrive and survive these days to ditch the online retailer, strap on your face mask and help uplift our community.