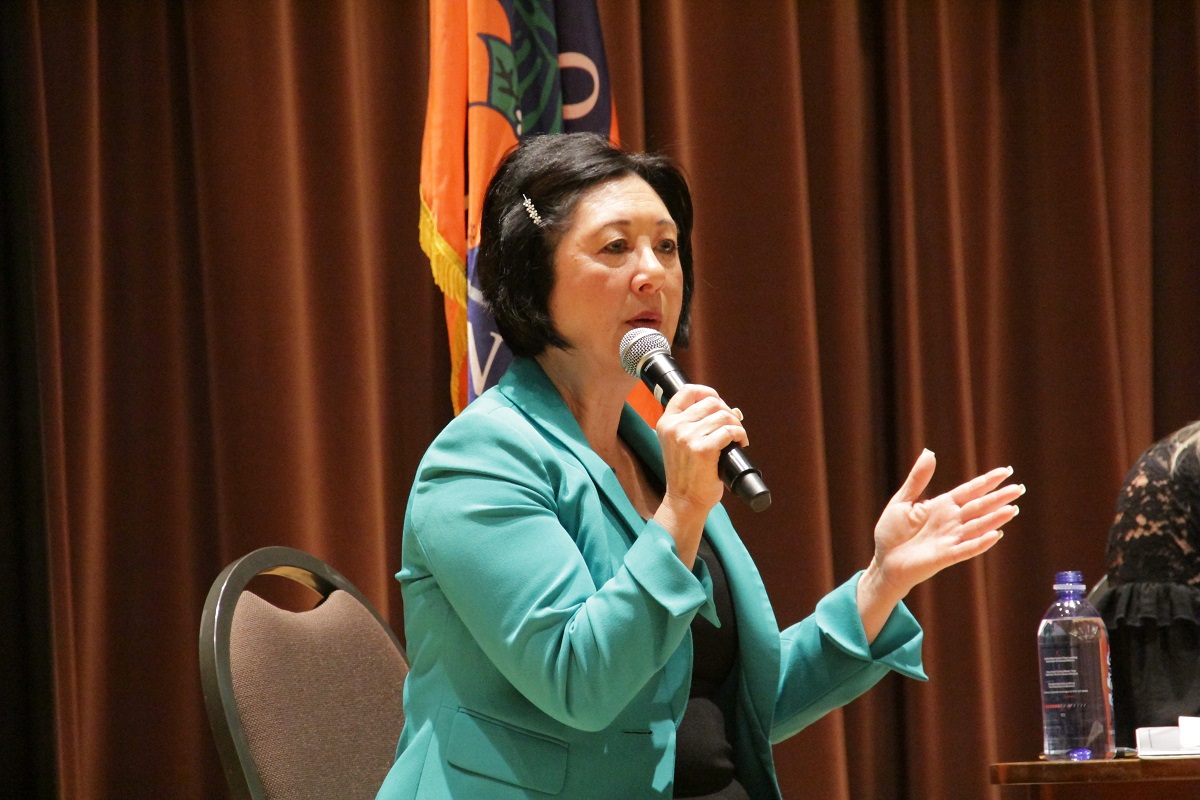 Orange County Supervisor Lisa Bartlett presented a series of updates on issues pertaining to the 5th District in the State of South County Address & Dinner on Thursday, April 11 at the Laguna Hills Community Center.

“Let me start off by saying Orange County is an amazing county,” Bartlett said. “We are committed to working with our cities to address ongoing issues such as homelessness.”

Looking back on the past year, Bartlett commended county’s ability to forge public-private partnerships, such as the Dana Point Harbor lease agreement. Community meetings planned around a harbor revitalization plan first began about 21 years ago. In 2016, Bartlett and other county leaders proposed a plan to partner with private developers to oversee a new and improved harbor. On July 17, the Board of Supervisors unanimously approved a recommended action to name the Dana Point Harbor Partners LLC (DPHP) as the 66-year master leaseholder and operator of the Dana Point Harbor. The lease was formally signed at a ceremony and press conference in the harbor on Nov. 2.

“I believe partnerships are effective for getting things done. Public-private partnerships are one of the greatest tools,” Bartlett said. “There are certain things that the private sector (is) much better at.”

“We have 38 million people in the state, we represent about 10% of the nation’s population but in California we have 25% of the nation’s homeless population so 1 out of 4 people who are homeless are living right here in California, so it’s something we’ve got to address head on,” Bartlett said. “We’re looking at temporary shelter locations, we’re looking at affordable housing. We’re doing quite a bit.”

She commended the Orange County Sheriff’s Department and South County leaders for being proactive, remaining engaged and connecting homeless people with services.

Orange County Catholic Worker, along with the Emergency Shelter Coalition and Housing is a Human Right Orange County, filed a suit on Feb. 27 naming the cities of San Clemente, Dana Point, San Juan Capistrano, Irvine and Aliso Viejo, because they said the cities have not done enough to provide for a shelter. The cities have yet to be formally served.

According to Bartlett, the county will have its homeless numbers from this year’s Point-in-Time Count by April 30. The annual survey conducted by City Net and with the help of local volunteers this past January, provides the county with data on the homeless population.

Bartlett said when they have the numbers, she’ll meet with elected officials and city managers in South County “to truly focus on what we are going to do moving forward.

“‘Here’s your actual numbers for your city and let’s get the plan together,’” Bartlett said of what will be discussed in the meeting. “But South County cities are very engaged, and they are working and contacting individuals who are homeless in the communities and helping them, connecting them to services. And that’s quite a good thing, so we’re being very proactive here in South County.”

“Decommissioning is important. Legislation will hopefully be moving forward, and I know that this is one of Congressman (Mike) Levin’s top priorities,” Bartlett said.

Shawn Raymundo contributed to this report.