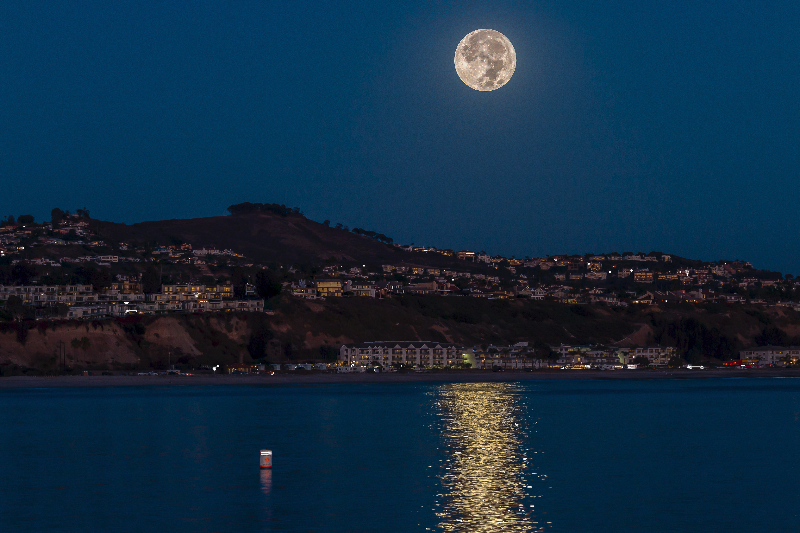 On Monday, Nov. 14, a supermoon made an appearance over Dana Point lighting up the sky.

The supermoon was the closest full moon to Earth since 1948, and another one like it isn’t projected to happen again until 2034.

According to NASA, the moon’s orbit around Earth is slightly elliptical so the moon can be closer to Earth at times.

“When the moon is full as it makes its closest pass to Earth it is known as supermoon,” according to nasa.gov. “At perigee—the point at which the moon is closest to Earth—the moon can be as much as 14 percent closer to Earth than at apogee, when the moon is farthest from our planet.”

NASA said this is the second of three supermoons in a row, so another chance to take a peek at a bloated moon will happen on Dec. 14.