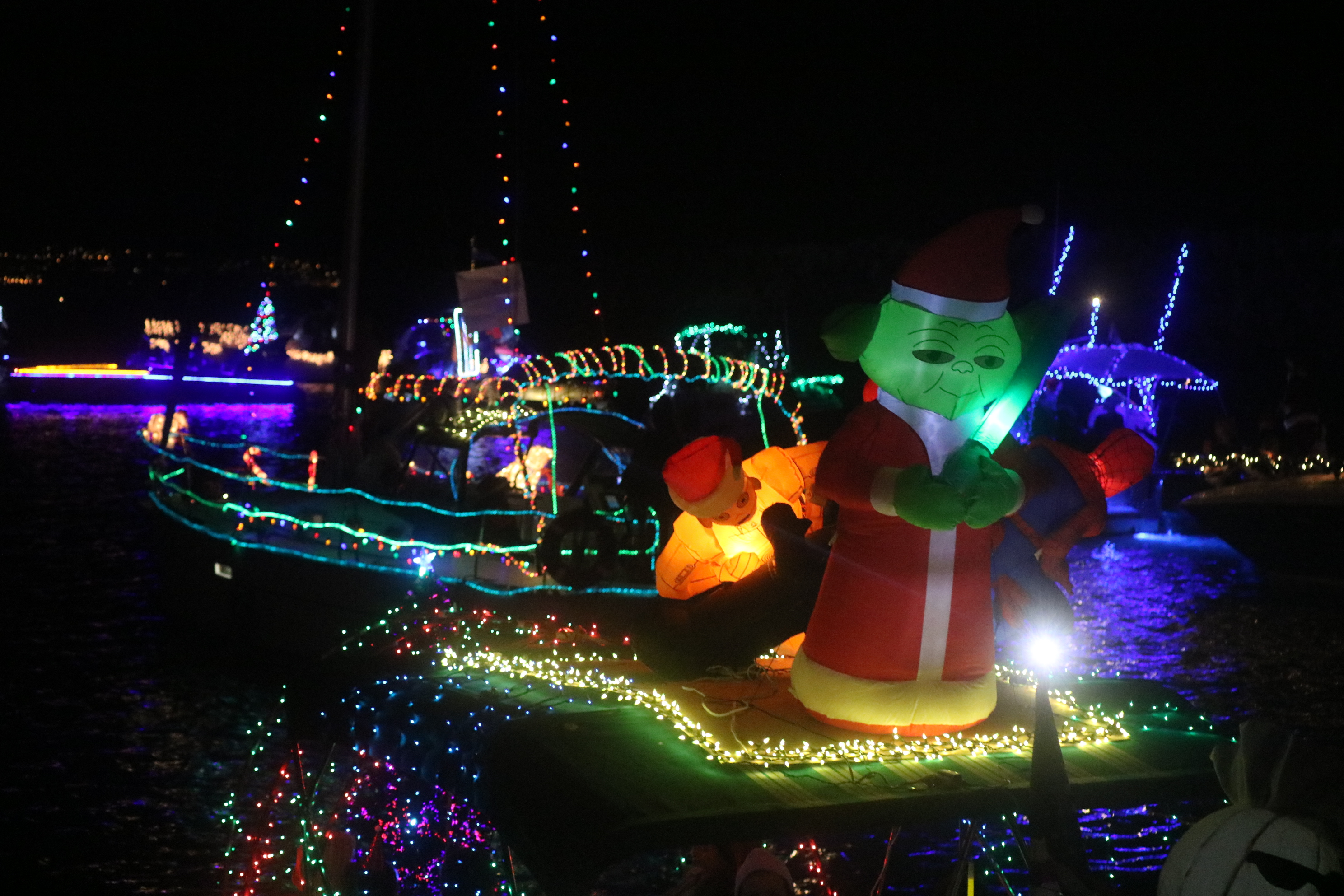 The 43rd annual Dana Point Harbor Boat Parade of Lights kicked off this past weekend, Dec. 8-9, featuring hundreds of boats and thousands of spectators.

This year’s theme, “A Super Hero Holiday,” encouraged boaters to showcase what their idea of a superhero was. Creative tributes to everyday heroes such as firefighters and cancer survivors were mixed with fantastical displays of Superman, Spiderman and Yoda.

Kim Tilly, executive director of the Dana Point Harbor Association, said this year’s event had more registered boats than the past several years.

“I would say 30 to 35 percent of the boats in this year’s parade were new boats,” Tilly said. “It’s a good sign for the boating community as a whole. New boats mean new boaters.”

This was the second year that the Boat Parade of Lights took place over four nights. Each of the nights consists of a plethora of events on land in addition to the boat parade.

“It’s so nice to see all of the different parts of the community that come to the Harbor for the parade. They are enjoying the lights; they are taking pictures underneath the ‘Merry Kiss Me’ sign. Its families and young couples. Locals and visitors.”

Proud to be a part of making life-long holiday memories, Tilly said that mostly, she couldn’t be prouder of the boaters in the parade for their passion and enthusiasm.

Boats competing in the parade will be judged in an inclusive pool against participants from each of the four nights. Boats may, but do not have to, take part each night. Trophy Award categories for this year’s Boat Parade of Lights include: best theme, best use of lights, most original, most colorful, judge’s choice, best sailboat, best powerboat, best animation, best dressed crew and yacht club with the most entries.

Sponsor Awards, which include cash prizes, certificates, awards and trophies, will also be awarded from more than 17 of the event’s sponsors.

The final winners will be announced on Sunday, Dec. 16, after the conclusion of the event.

The public can take part in voting by selecting their choice for the people’s choice boat parade award on Instagram @danapointharbor.