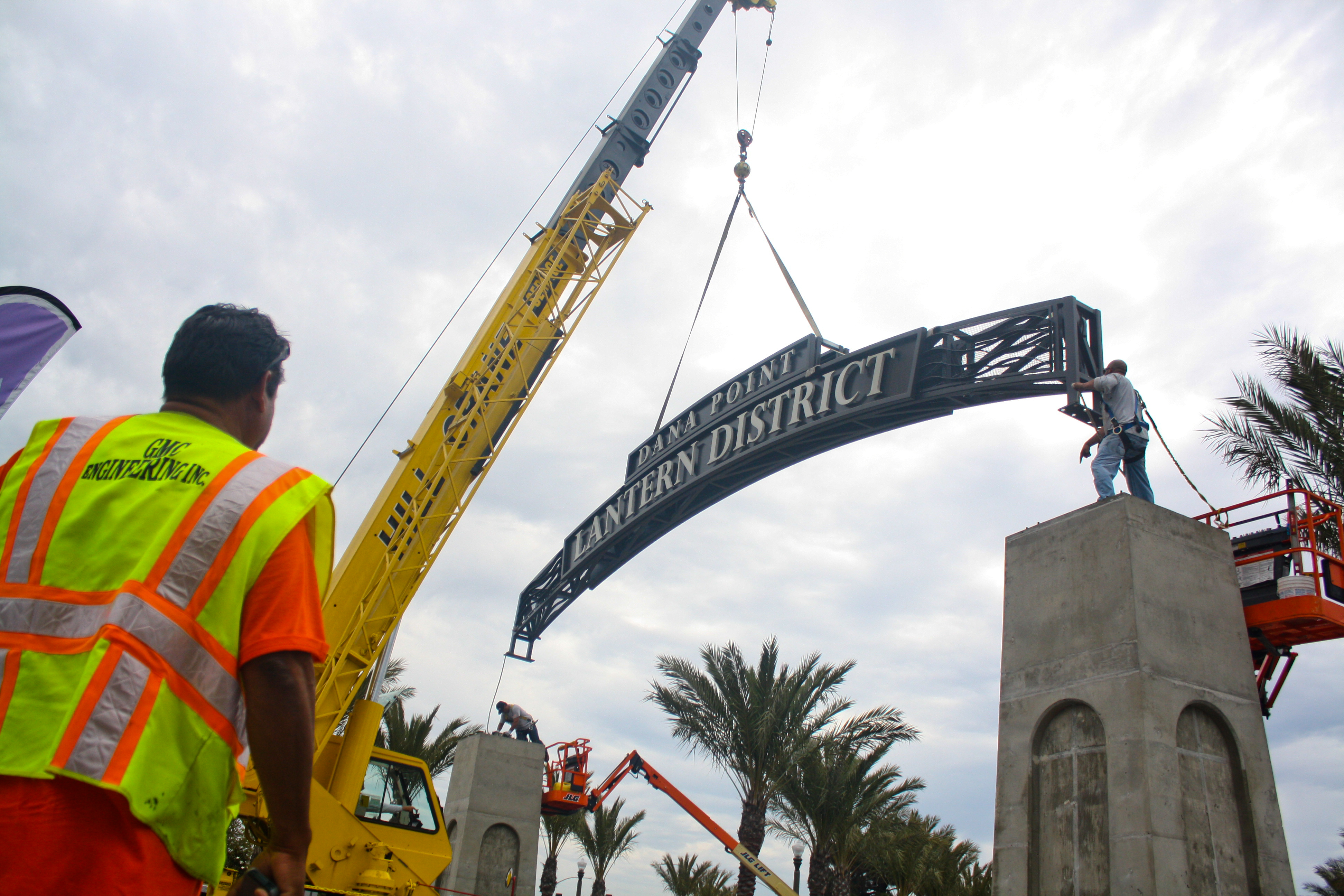 As summer kicks off in Dana Point, the city celebrates milestones, initiates traditions

Summer has kicked off with new additions to the city, designed to enhance the appeal and accessibility of Dana Point’s shopping, dining and special events offerings.

That night, the first ever Trolley Hop brought crowds of people, using the free transportation to enjoy special discounts offered by area businesses in honor of the event. Spearheaded by a group of area business owners organized as the Dana Point Lantern District Alliance, the Hop attracted enough participation to keep the trollies full throughout the evening, easily eclipsing the 10 boardings per hour required for the pilot trolley program to maintain funding from the Orange County Transportation Authority.

Senator Pat Bates was in attendance to witness the launch of the city’s weekend trolley service as well as the start of a new tradition—The Trolley Hop. The DPLDA sold special commemorative mugs for $10 apiece, to serve as attendees’ ticket to food and drink specials being offered as part of the Hop.

“We have just started to come out of the recession and this program comes at a perfect time,” Bates said.

DPLDA organizer and Luxe Restaurant and Martini Bar owner Cindy Monroe, agreed wholeheartedly. Although both the recession and the ongoing construction in the Lantern District have been a struggle for downtown businesses, she said, the free summer transportation is one of the reasons she and other business owners are optimistic about the future of the downtown area.

“We had no idea it would be so popular,” Monroe said. “We are hoping to make this a regular, possibly weekly event. We never expected such as big turnout.”

On Saturday, the public again came out in droves to try out the trolleys. With the Dana Point Food, Wine & Music Festival on at Sea Terrace Park, trolleys were filled as people headed to the annual event.

Riders from surrounding cities were in abundance on Saturday and the alternative parking choices made possible by the trolley routes improved access to the festival and reduced frustration and congestion in the vicinity of the park.

In response to feedback from inaugural weekend riders, city officials announced on Wednesday that an additional stop, Stop 13A, will be added at Ruby Lantern between Hobie Surf Shop at La Plaza/Violet Lantern (Stop 13) and Stop 14 at Selva Road/Strand Beach North.

There were over 2,800 boardings on this first weekend, city officials said.

For a full map of stops, visit www.danapoint.org. To view a real-time trolley tracker, visit www.dptrolley.com. For transit information, call 949.248.3554.

On Wednesday, the new Lantern District gateway arch across the north entrance to Del Prado Avenue was installed, as the next step in upgrades to the downtown district.

According to Brad Fowler, the city’s public works director, the final construction bid price for the archway was $396,000 and the arching metal sign, bridging Del Prado still has a few more steps toward completion.

“The archway installation went off without a hitch,” Fowler said. “And we have been receiving many positive comments on its appearance.”

The next step in its completion will be the addition of hanging lanterns inside the cupolas atop each pillar. The cement pillars, on either side of the roadway, will then be stuccoed and inlaid with ceramic tile mosaics depicting Woodruff-era historic photos. The chosen images include historic Lantern District buildings along with depictions of the city’s namesake R.H. Dana and Woodruff-era posters and brochures. The entire archway will then be fitted with accent lighting.

Completion of the gateway is estimated to wrap up in late August or September, Fowler said, and the full Lantern District project is still on schedule for a late September completion.