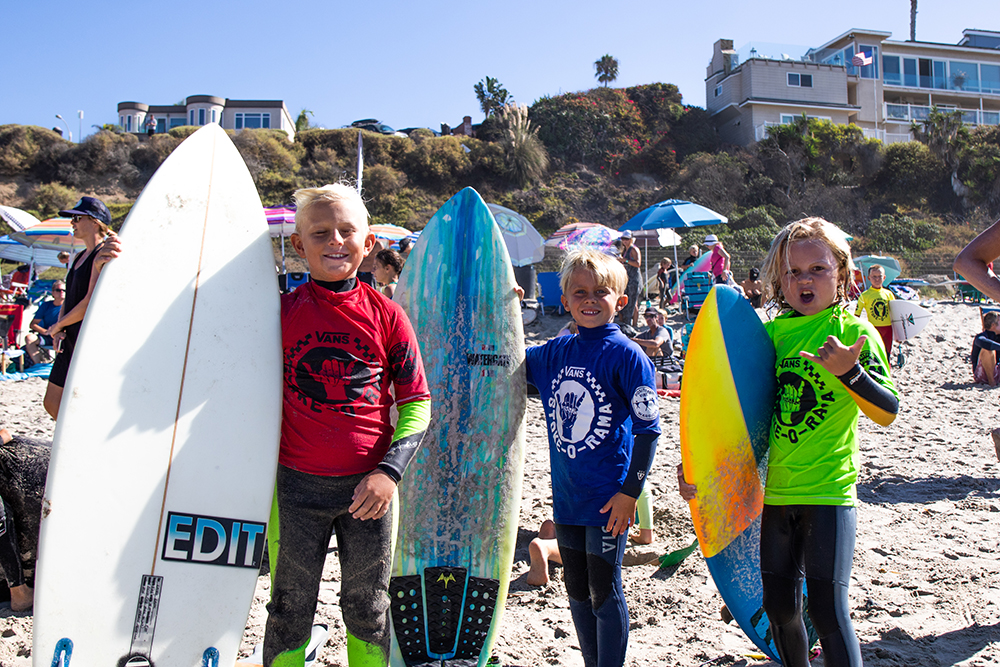 For first time since surf contests began, there will be none in California this summer

This week in waves should have been highlighted by the debut of surfing in the Olympics. Some of the best surfers from around the world should have been gathered on the sand in Japan to celebrate this historic moment and compete for the sport’s first-ever gold medals. But like most things in 2020, that hasn’t worked out according to plan.

Due to the coronavirus pandemic, the Olympic Games have been postponed until 2021, and surfing’s biggest moment will have to wait. But the Olympics are hardly the only surf contest on ice. Earlier this month, the World Surf League announced that they would be canceling the remainder of the 2020 season.

In the interest of full transparency, I work with the WSL’s digital content team and have been along for the ride on this process. For the first half of the year, there was hope that the virus would abate and eventually some form of the world tour could be salvaged, but the reality of the situation that the planet finds itself in made that an impossibility.

Considering that Americans aren’t currently allowed to travel to Europe, the decision to end the season before it began seemed inevitable.

That means that there will be no U.S. Open of Surfing in Huntington Beach later this summer. And for the first time in more than 40 years, there will be no world champion crowned at year’s end.

However, the WSL does plan to hold a handful of “specialty” events over the next couple of months to give surf fans something to enjoy. The first event will take place about 300 miles up Interstate 5 at the Surf Ranch in Lemoore.

There are also a pair of contests slated for Australia and another couple of competitions scheduled for Europe later this fall. Because of all the worldwide travel restrictions, these specialty contests will feature pro surfers from around their respective zones.

One way or another, pro surfing will endure—and probably come back bigger and better when this is over. The WSL has made smart use of the downtime and implemented a series of sweeping changes to the tour system for 2021 and beyond.

I believe the changes are good, and a fresh approach was probably long overdue. This pause in the action provided the organization with a moment to take a breath and reevaluate everything.

Unfortunately, the biggest losers in the loss of surf contests this summer are the amateur organizations that provide a platform for tomorrow’s rising stars.

The National Scholastic Surfing Association, the Western Surfing Association and U.S.A. Surfing’s youth development programs have all been hit hard by this stoppage, as have the middle and high school surf teams and all of the other groups that endeavor to give kids a safe, constructive place to chase their dreams. And, sadly, the biggest victims are the groms.

For them, it’s not all about winning heats or capturing national titles—although that is important. In normal times, practically every weekend is booked with a youth surf contest somewhere up or down the coast.

These events are just as much social functions as they are a chance to dip a toe in the competitive waters. Lifelong friendships are made and solidified on the sand between heats. Families travel up and down the state together, chasing points and good times, making lasting memories in the process.

“Originally, we called surf contests ‘rallies,’ because you’d show up to the beach with everybody else, hang out and have a good time. They were an opportunity for us all to gather together,” recalled Australia pioneer Nat Young in an interview I did with him for the Surfing Heritage and Culture Center last year.

The idea of contests being a place where the surf tribe can gather together for some friendly competition and, more importantly, some fun in the sun, struck me then and resonates even deeper with me today given everything that’s happened since Young and I spoke.

The whole surf contest thing really started to kick off in earnest during the 1960s, and for the life of me, I can’t think of a summer since then in which there haven’t been any contests in California. It really is unprecedented. It’s a huge bummer.

Eventually, the world will get through the coronavirus pandemic, and life as we knew it will begin to regain some semblance of normalcy. And when it does, it’s sure going to be a lot of fun to head down to the beach for a contest and cheer for my friends and favorite surfers. Hopefully, that happens sooner rather than later.