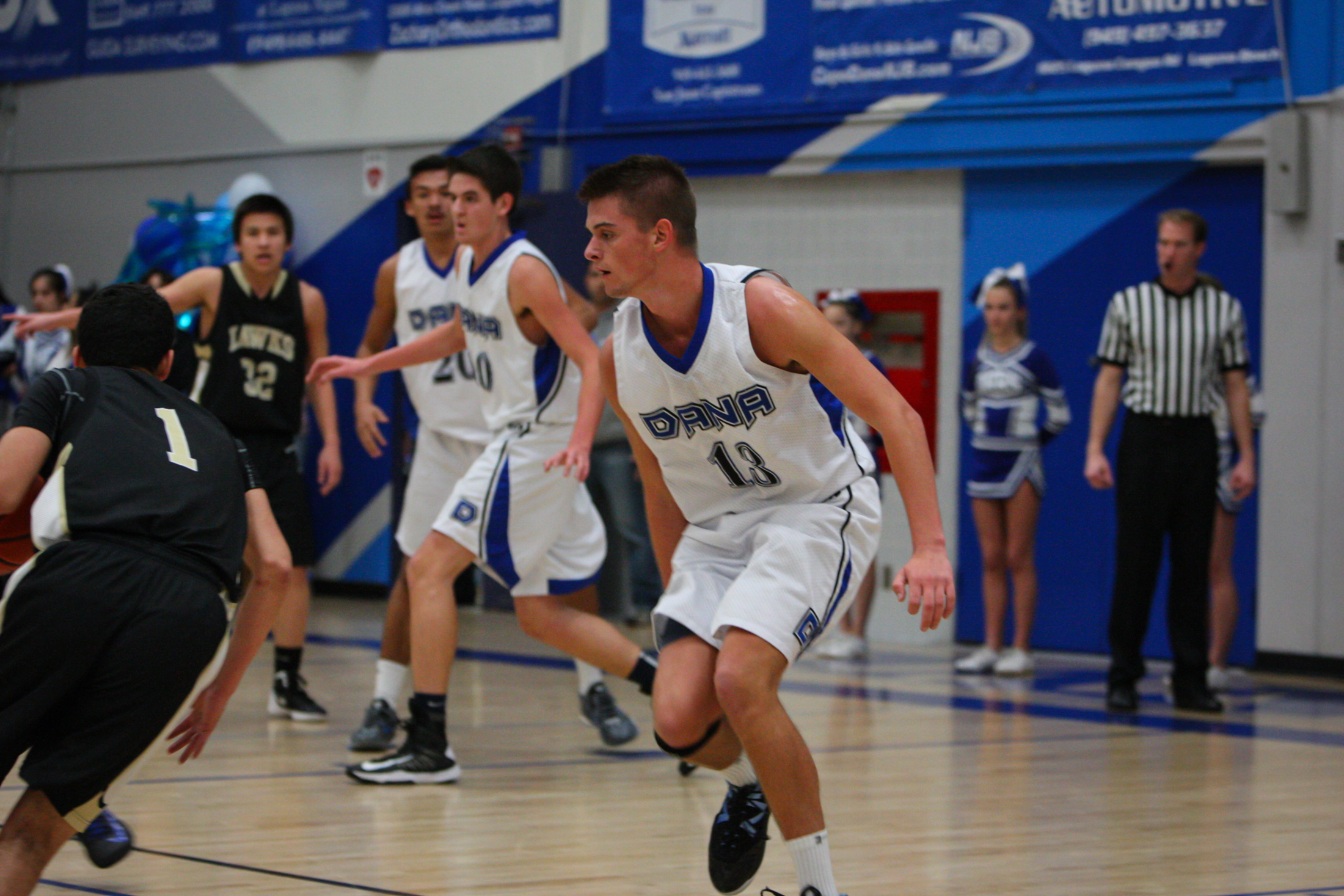 What is the recipe for repeating or improving on one of the best seasons in Dana Hills boys basketball history?

The question is a tough one to answer but over the course of the past month, the Dolphins and head coach Tom Desiano are beginning to find out what it will take to get back to the high level of play they ended their season on last year.

The Dolphins did not win the Sea View League title last year, instead they finished one game back of rival San Clemente. Their record, however, was strong enough to earn them a playoff bid. The Dolphins caught fire late and barnstormed their way to the CIF-SS Division 1A semifinals and made an appearance in the first round of the CIF State Championships.

Several key seniors, like leading scorer Cory Blau and point guard Hayden Fredrick, are gone. But the Dolphins depth charts are full of returning players who contributed to last year’s success. Many of them have already made an impact in the Dolphins offseason tournament schedule.

On June 30, the Dolphins went 4-0 at the Corona Del Mar Tournament, adding to their already impressive offseason record. Earlier in June they competed in a tournament at Mater Dei, where they went 3-1 against tough opponents. At The Classic, which was hosted by Saddleback Valley Christian, the Dolphins went 4-0.

The summer leagues have helped the Dolphins get off on the right foot as they prepare to wrap up their offseason schedule and refocus for next year’s season.

The Dana Point Times sat down with Desiano to see if he thinks the returning class has what it takes to repeat past success, what he learned about his team in the offseason and how two big seniors will impact this year’s team.

DP TIMES: As a coach, how do you tackle the production void left behind by All-League players like Blau and Fredrick?
You can’t really replace Hayden and Cory immediately. What usually happens is the sophomores and juniors on that team from last year, eventually get better…. The combination of having all the returners step up their game and play with more confidence, that kind of will alleviate some of the loss that we had.

Who are some of those returning players that have impressed throughout the offseason? Any newcomers?
Junior (guard) Eric Matheis, who is on the volleyball team, didn’t play last year but has been with us for most of the offseason. But we have good, experienced guys like Jack Clendenen and Jack Sheffield, who have been on with varsity since they were sophomores. That kind of helps us with transitioning into next year where they kind of know what to do.

Last year you guys had a lot of big bodies operating down low, getting a lot of points in the paint. Will that be a theme again this year?
We are going to do it even more. We are really looking to get inside and use our size to get easy shots. Last year was a little more perimeter oriented, this year is more of a power game … One of the things that we wanted to establish was that we are going to have our identity and be kind of an inside-outside team. We are really looking to get the ball inside to James (Taylor) or Jack or any number of our kids that can put the ball in the hole down low. Playing in that style will help us free up some of the outside shooting.

How do you see Clendenen and Taylor working together?
One of the things we really wanted to work on was the relationship between James and Jack working together … In the offense we have, they’re kind of like partners in what they do. They’ve got to develop that chemistry, knowing when his partner’s open, where he likes the ball. So they’ve been working really, really well on what we want to do and they feel comfortable playing together.

What is your favorite aspect of that combo? What can we expect to see?
Well, Jack has developed his three-point shot so they can’t sag on James down in the paint. When you have a 6-foot-5-inch kid who can really shoot the ball, it really opens things up. If he’s going to continue to make those shots, teams are going to have a hard time matching up with us.

What is the biggest difference between last year’s team and this one?
I think last year was a little bit unknown on how we would be, how it would turn out. As the year went on we progressively got better. It took a little bit of time … we had some injuries … then we developed the confidence that we could play with anybody. I think this year’s team has already established that confidence where they know that they’re going to be, hopefully, a pretty good team and when they step on the court they have a chance to play with anybody.