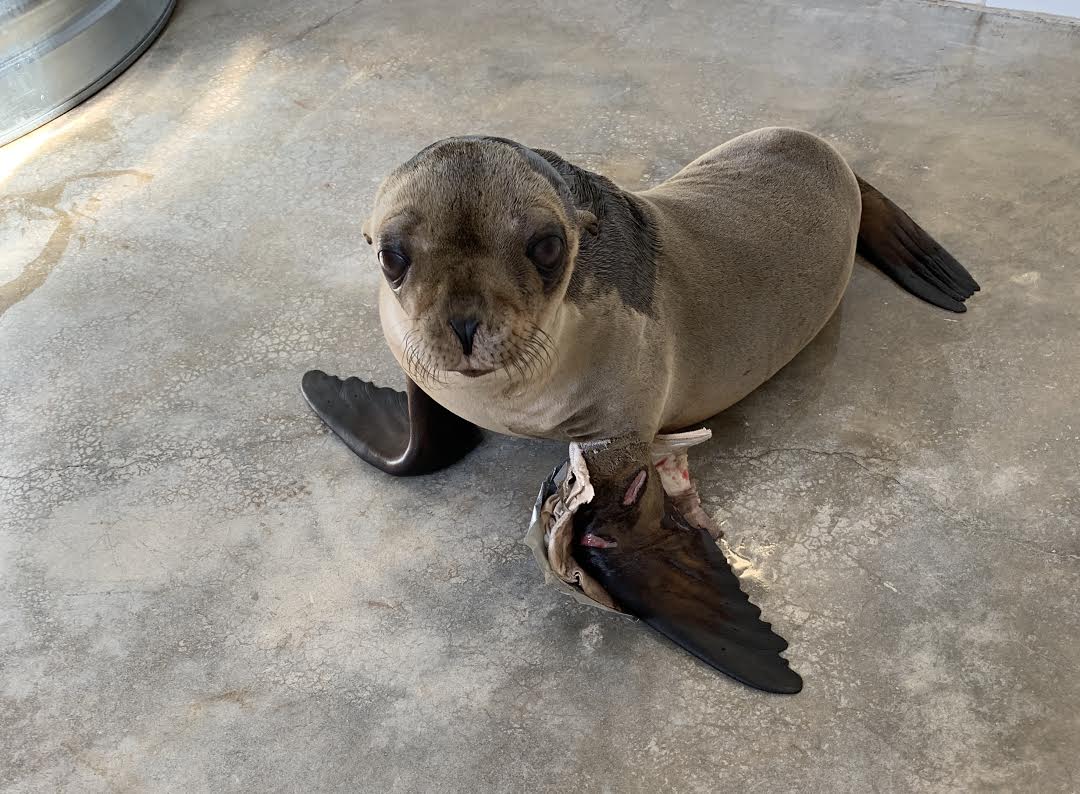 A sick California sea lion that was rescued near the Dana Point Harbor has found a home at the Brookfield Zoo in Chicago.

In November 2018, Carolyn the sea lion was found dehydrated, malnourished (weighing just 46 pounds—an animal her age should weigh about 100 pounds), and appeared to not be able to fend for herself. Stranded on the beach near Dana Point Harbor, Carolyn was rescued by staff from Pacific Marine Mammal Center (PMMC) in Laguna Beach.

In addition, X-rays revealed that Carolyn had 30 to 40 stones in her stomach, which is presumed to be why she was not eating. Once the stones passed, she started eating again and was released back into the wild in January 2019. However, just a month later, she was found again at the harbor looking emaciated.

Back at PMMC, she started eating again from staff. Another exam revealed she had a cataract in her right eye. At that time, NMFS officials determined she would not be able to survive on her own, and she needed a forever home.

Six months earlier, Sabiena, another sea lion, was found at Westward Beach in Malibu, and rescued by staff from Marine Mammal Care Center (MMCC) in San Pedro. She had multiple puncture wounds and fishhooks in her body and in one of her eyes, which led to a ruptured cornea. Sabiena was also extremely malnourished, weighing just 31 pounds.

The juvenile sea lions arrived at Chicago’s O’Hare International Airport on the evening of Sept. 18, thanks to FedEx, and transported to Brookfield Zoo.