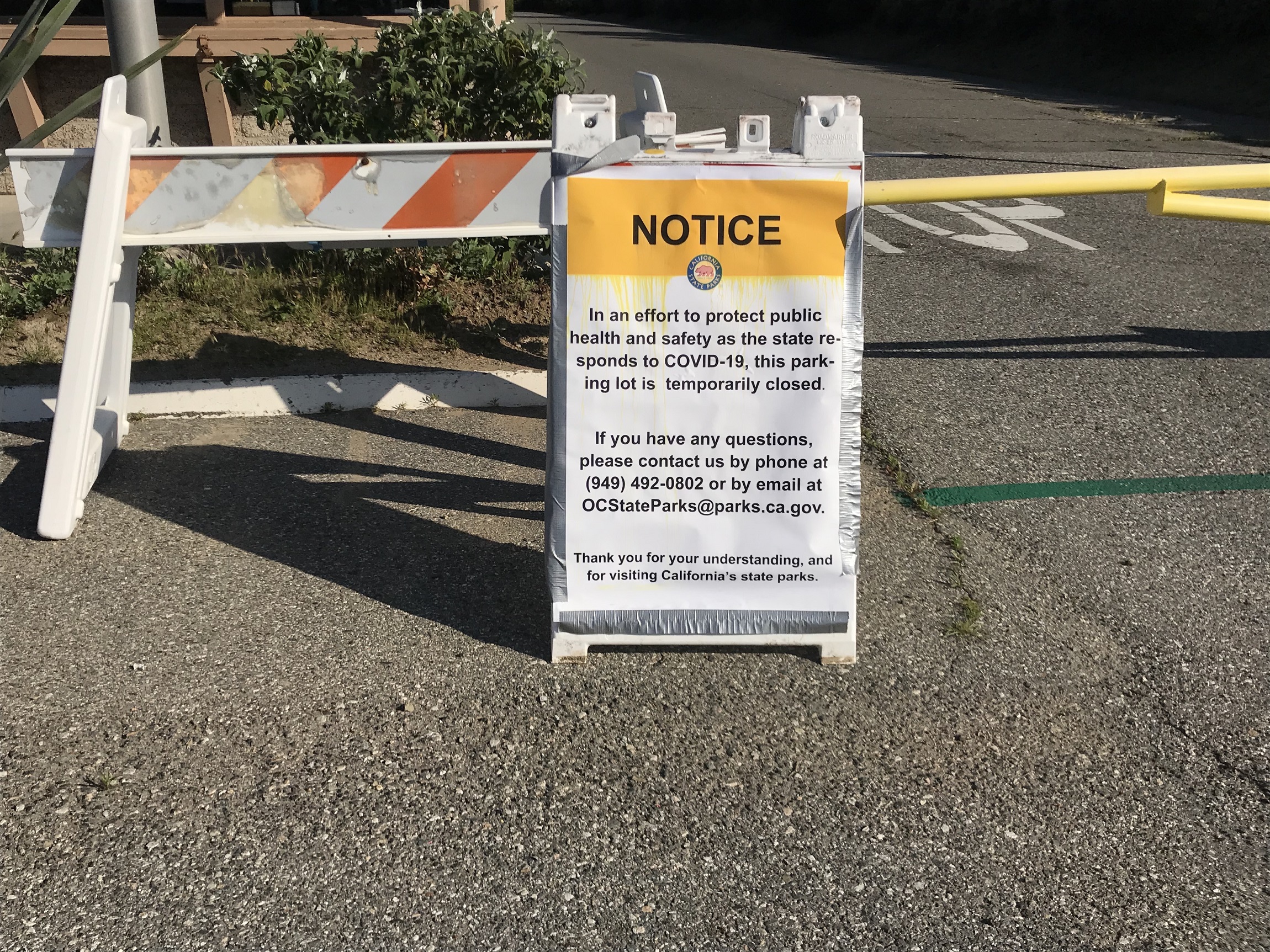 While it’s important to stay active and get out when we can, the lack of social distancing among surfers at Lowers is concerning

I’ll be perfectly honest: I’m kind of baffled by the crowds at Lowers ignoring the coronavirus-related guidelines. I never thought I’d be the kind of guy to browbeat people for sneaking a surf or breaking some rules, but 50 dudes on the peak at Lowers? Dads on the beach filming their kids? What are you guys thinking?

Signs posted at the top of the Lower Trestles last week read: “In an effort to protect our visitors and community during the global outbreak of COVID-19, this park is temporarily closed.”

Local beach parking lots have been closed. The California State Parks has closed its facilities. Even so, there has been a steady flow of electric bikes on the point at Lowers trail.

I get it. We’re all cooped up at home. The kids are driving you crazy. And getting out in the sunshine and open space of the beach seems like the only thing there is to do. But seeing the crowds at Lowers, as well as Uppers and T-Street, is disheartening.

As somebody who lives, works and is raising a family in San Clemente, I applaud the move by the California State Park Department. There are a lot of people making a lot of sacrifices to get through this, and a bunch of selfish surfers are ruining it.

This was the right move. In conversations with a number of longtime locals, pro surfers and regulars at Lowers, they all concur—something had to be done to put a halt to the crowds. The waves will still be there when this is over, and if everybody behaves themselves, it will put us right in the middle of south swell season when things open up.

If you need the therapeutic soul cleanse that surfing offers, find a peak by yourself somewhere. In these turbulent times, consider sacrificing wave quality for the safety of your community. I’d go crazy if I couldn’t sneak off into the water every few days, but I’m also not under the illusion that I’m going to catch the wave of my life right now or drastically improve my skills.

I’m happy with a duck dive and a couple of close-outs. I’m keeping my standards low. I’m just happy to be able to get in the ocean now and again.

Nearby Laguna Beach closed its beaches. San Diego has closed its city beaches this week. There are published reports of somebody getting a $1,000 ticket for surfing around Los Angeles’ South Bay. There’s even a video running around social media right now that shows a surfer in Costa Rica running up the beach while a police officer gives chase and fires a couple of shots at him.

As of this writing, there were more than 600 cases of coronavirus in Orange County and 10 related deaths. There are 30 cases reported in San Clemente and 11 in Dana Point. The number of cases is reportedly doubling every three days. Last week, Orange County recorded its first death from the virus.

One of the most telling stats, and one that is relevant to the surf community, is that most of the cases in Orange County are people younger than 50. Only 106 cases are people older than 65, while there are 261 cases reported in adults between the ages of 18 and 44. So all the bros out flexing at Lowers, knock it off so we can flatten the curve.

Yes, there’s a long period south swell on tap for this week. And, yes, the weather’s going to be as nice as it has been all year. But the longer we drag this thing out, the longer it’s going to take to get back to our normal lives, and it would be epic to put all this in the rearview mirror by summertime, so we can all enjoy the beaches and waves.