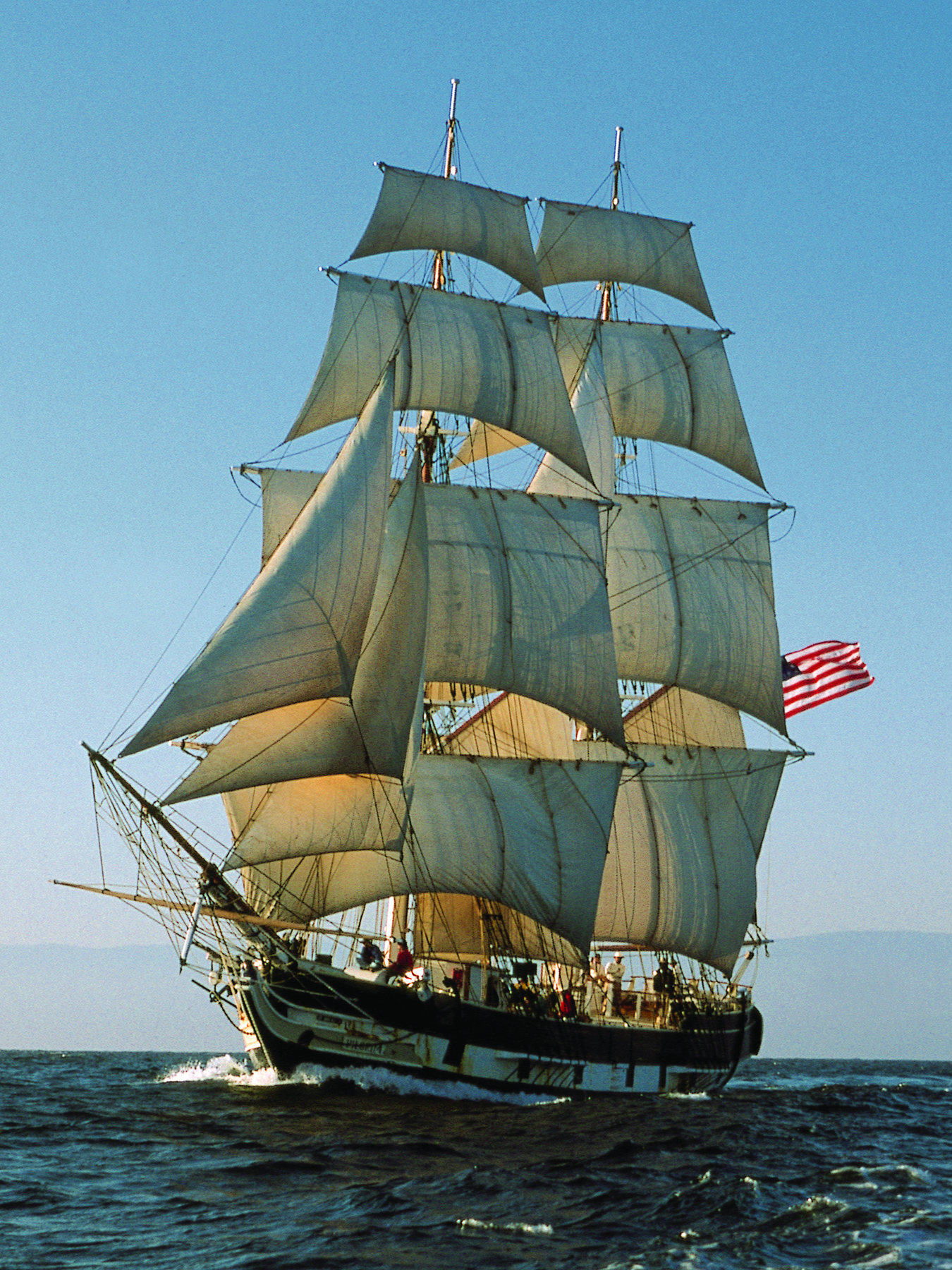 Ocean Institute is turning to the community in a first-time effort to crowdfund $100,000 upkeep and repairs for the Pilgrim.

The Pilgrim was originally built in 1945 in Halbech, Denmark as a three-masted schooner used for the lumber trade in the Baltic Sea. Now, she rests in the Dana Point Harbor, and is often used as a classroom for visiting students to learn about sea life throughout history. Her likeness serves as a reproduction of the ship made famous by Dana Point’s namesake, Richard Henry Dana Jr., in his classic narrative, Two Years Before The Mast.

The Pilgrim first came to the harbor in 1981, when the Orange County Marine Institute—now known as the Ocean Institute—begin running its educational programs.

“She was originally moored in the middle of the harbor and boats would actually have to row out to board the vessel,” said Dan Goldbacher, director of maritime programs at Ocean Institute.

Now the Pilgrim is visited by nearly 100,000 students and public visitors annually. Since 1981, the Ocean Institute has welcomed more than 300,000 students to step aboard the Pilgrim—some getting the opportunity to stay overnight to experience what life may have been like aboard a ship in the 1830s.

“For a 75-year old ship, she’s in pretty good condition,” Goldbacher said. “But as to be expected for aging ships, they need routine maintenance every several years.”

The Pilgrim’s last checkup was done in 2016, and it was determined that no significant repairs were needed. The task requires hauling the vessel out to a dry dock in San Pedro, which can cost anywhere between $45,000 and $70,000. For a thorough review, naval engineers, architects and marine surveyors are brought out to assess the state of the ship.

“The best way to understand the repairs and maintenance needed for a vessel like the Pilgrim is for it to be out of the water,” Goldbacher said. “Surveyors aren’t able to get a full read when she’s docked . . . so the majority of the costs will be going toward dry docking.”

In previous years, the funding came from development campaigns and fees people pay for certain programs. This will be the Ocean Institute’s first time using GoFundMe to garner financial support to maintain one of its vessels.

The GoFundMe campaign went live on Oct. 25 and has since raised about $5,000.

“Tall ships are a symbol for Dana Point, and the Pilgrim is a staple to our rich history and culture,” Goldbacher said. “Our hope is that the community can step forward and preserve this ship that means so much to the community.”

Since Ocean Institute moved forward with the GoFundMe page, Goldbacher says he’s heard from a variety of people that the Pilgrim has impacted.

“I’ve heard from students who have spent the night on the Pilgrim and their experience helped point toward wanting to work in a field geared toward the ocean or maritime,” Goldbacher said. “I’ve heard from teachers who took their class on field trips to the Pilgrim and from some of the original crewmembers who worked on the ship in the ’80s.”

Goldbacher says that GoFundMe has enabled the Ocean Institute to reach people that the nonprofit organization otherwise would not have.

“Through the use of social media, we’re hearing from donors who the Pilgrim really impacted,” Goldbacher said. “We’re reaching people that we wouldn’t normally connect with from traditional fundraising efforts.”

Anyone who wishes to contribute to the Pilgrim’s funding can find the GoFundMe link at oceaninstitute.org or mail a check to Pilgrim Fund, Ocean Institute, 24200 Dana Point Harbor Drive, Dana Point, CA 92629.