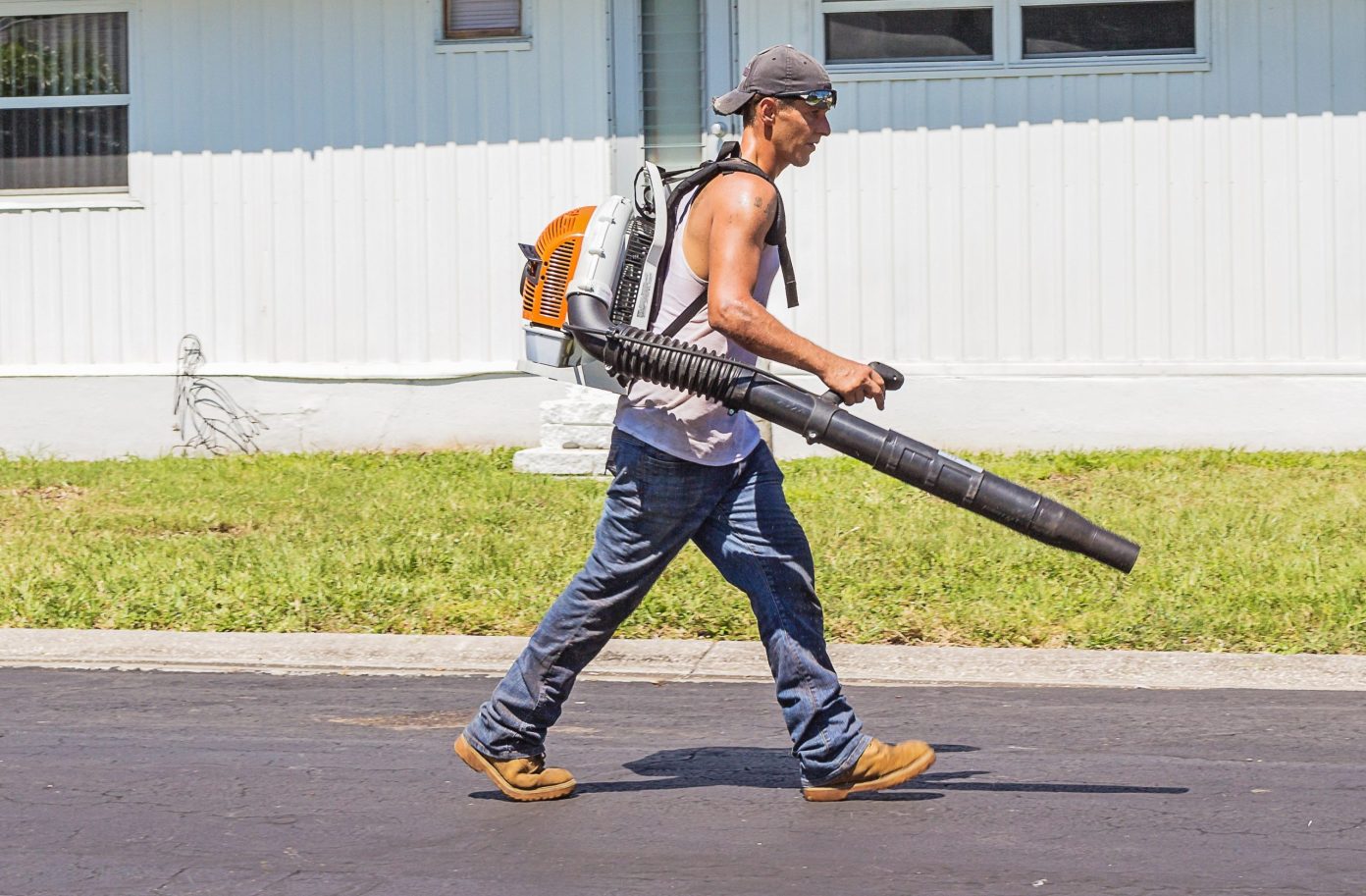 Photo: While San Clemente is adopting a ban on gas-powered leaf blowers, Dana Point officials are opting not to rush policy before state legislation. Photo: Pexels

While San Clemente City Council unanimously approved a ban on gas-powered leaf blowers beginning in November 2022, a discussion during Dana Point City Council on exploring a similar ordinance did not yield any action.

The San Clemente ordinance will impose new regulations on electric- and battery-powered leaf blowers, such as limiting noise and restricting operating hours. The citywide ban will go into effect on Nov. 4, 2022. Only electric-powered and battery-operated devices that meet the maximum 65-decibel sound rating standards set by the American National Standards Institute can be used.

The latest step in passing the ordinance comes more than a year and half since the council first agreed to consider a partial ban on the fuel-operated devices. Under a pilot program that Councilmember Laura Ferguson had proposed in February 2020, the city would have restricted the use of the leaf blowers only in neighborhoods west of the 5 Freeway and for one year.

That proposal was nixed last month in favor of the permanent citywide ban.

In the coming months, San Clemente is expected to also consider establishing a rebate program as an incentive for residents to ditch their gas-powered leaf blowers and purchase a new electric- or battery-powered one.

The city noted in its report to the council that the coffers to operate such a program could come from the general fund or from a grant “if there is one available.” As a local example, the city explained that in San Mateo, that city had allocated $5,000 for a one-year rebate program.

“Under their program, residents can receive a 50% discount, up to $100—if proof is provided that a gas leaf blower was turned in and a new electric leaf blower was purchased at a certain retail store,” the city said in its report.

There would also be additional costs associated with running the program, the city noted, such as staff resources, drafting an application, advertising, making arrangements with retailers and processing the rebates with finance staff.

Chris Wright, an associate planner for San Clemente, told the council that it will get a presentation on San Clemente’s proposed rebate program when it meets to discuss the city’s long-term financial plan.

Under the ordinance, the landscaping tool may only be used Mondays through Fridays, from 7 a.m. to 6 p.m., and on weekends and city-recognized holidays, from 8 a.m. to 6 p.m. The ordinance also bans leaf-blower operators from blowing dirt, dust and other debris onto neighboring property, the street, sidewalk, gutters or into storm drains.

Dana Point Councilmember Michael Villar brought the agenda item to the Oct. 5 city council meeting after he reportedly received community input though his email distribution list to explore a ban.

“The folks that came back—over 60% of the (responses)—said, ‘Yeah we should ban them,’ ” Villar said. “So I brought it to the city manager, and now it’s on the agenda, which is how this should work.”

Villar added that noise and pollution were the two leading concerns pertaining to gas-powered leaf blowers—although pollution was harder to quantify.

“Good policy, like it or not, does take some time to do correctly,” said Mayor Jamey Federico. “We could direct staff right now, but we’ve already learned since this came up, that there’s already an Assembly bill tasked to deal with this.”

Federico explained that he wasn’t necessarily opposed to exploring a ban, but pointed to staff’s capacity of priorities.

“This is a nuisance for everyone. This is a statewide issue. In the state of California, we have nice weather, things grow year-round, many people need landscapers. People use leaf blowers,” Federico added. “One of the challenges with municipalities early adopting these issues, well now you’ve got two cities next to each other with different regulations.”

Villar expressed that the matter was not urgent enough to replace any items currently within staff’s workload, nor did it need to be immediate. Officials are currently reviewing the city’s strategic plan, which names projects and goals in order of priority.

“What is this going to do to small businesses coming out of a pandemic? Can they survive it? This would put a financial burden on them,” Mayor Pro Tem Joe Muller said. “The state is already working on this. We need to see how they’re handling it and then we can tweak it to suit our local needs.”

Villar’s motion to direct city staff to develop an ordinance that banned gas-powered leaf blowers failed due to lack of a second.

“If there are leaf blowers being a nuisance, I encourage people to talk to your neighbors. I ask the public tuning in to please be good neighbors. If they aren’t being a good neighbor, we do have ordinances that can be enforced,” Federico said.

Federico and Councilmember Mike Frost, both of whom sit on the Strategic Plan Subcommittee, stated they would discuss the issue further in a subcommittee meeting.

Assembly Bill 1346, the bill referenced during council discussion, would require the California Air Resources Board (CARB) to set emissions requirements for small off-road engines to zero by 2024 or whenever CARB determines it is feasible. Small off-road engines emit high levels of oxides of nitrogen (NOx), reactive organic gases (ROG), and particulate matter (PM), which adversely affect air quality and human health. By 2031, NOx and ROG emissions from SORE are projected to be twice those from passenger cars in California.

Regulations of emissions from SORE have not been as stringent as regulations of other engines, and one hour of operation of a commercial leaf blower can emit as much ROG plus NOx as driving 1,100 miles in a new passenger vehicle.

“AB 1346 will protect Californians’ health by cleaning up the shockingly high pollution from small off-road engines like leaf blowers and lawn mowers,” Bill Magavern, Policy Director of Coalition for Clean Air said in a press release.

The bill also directs CARB to provide funding to state air districts and offer rebates to commercial users, such as landscapers, to buy zero-emission equipment.

California Assemblymember Marc Berman, one of the bill’s authors, noted on Twitter that $30 million had been secured in the state budget “to help gardeners transition to cleaner, greener equipment.”