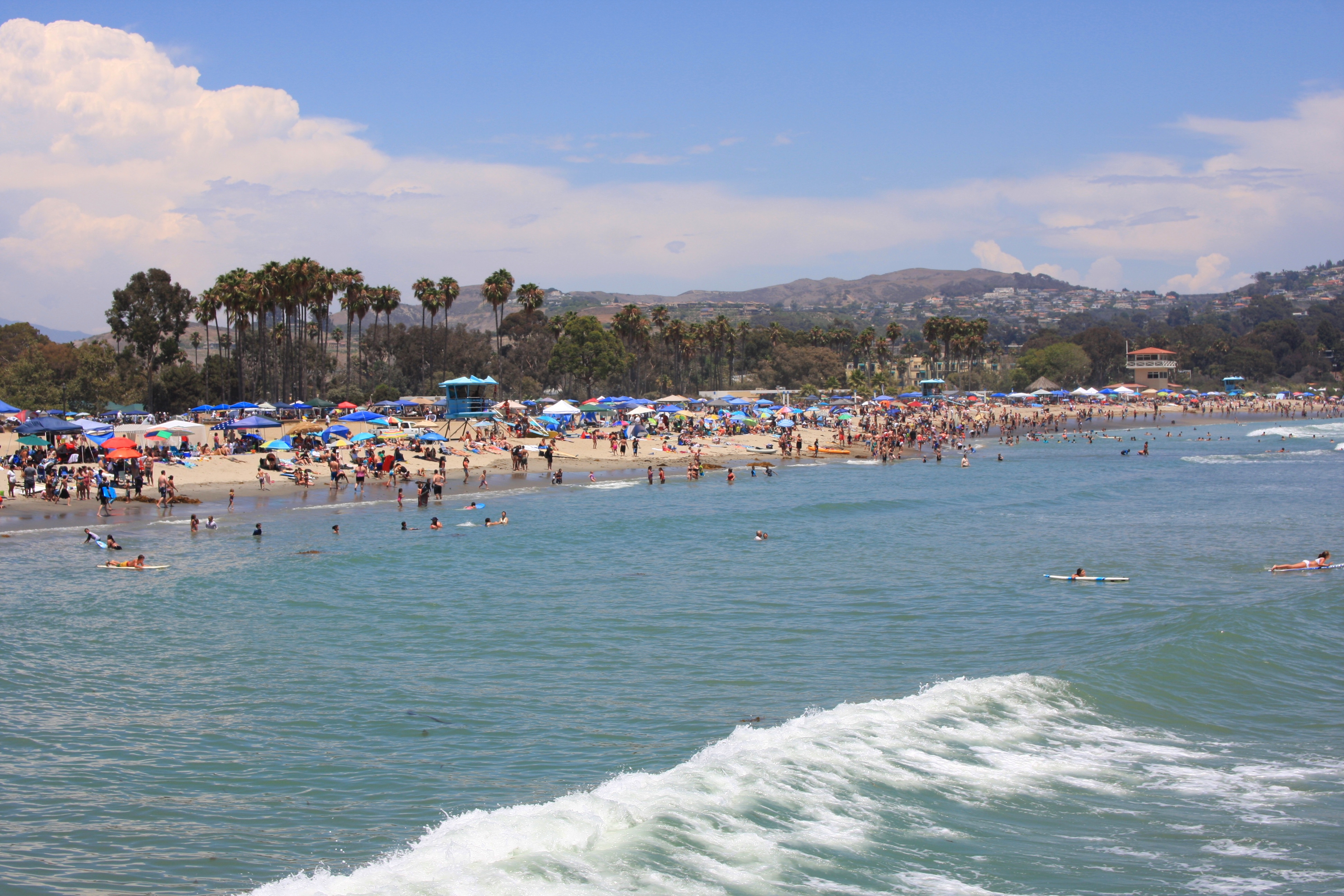 Next month marks the 150th anniversary of a gift given to the residents of California. That gift continues to pay dividends to this day.

Steve Long, a former superintendent in the state park’s Orange Coast District, which includes Doheny, San Clemente and San Onofre state beaches, as well as the campgrounds associated with the parks, began working in the system as a lifeguard at Huntington State Beach in 1978.

“The park system has been evolving along with the state,” Long said.

In 1928, soon after San Clemente began its life as a city and just as the settlements that would become Dana Point were beginning to grow, the state, flush with enthusiasm for new projects, passed a bond initiative that authorized $6 million to acquire parklands.

“They were mid-way between Los Angeles and San Diego, but accessible,” he said. “You had these fledgling communities and one of the concepts behind placing parks was that it would also stimulate the economy in those areas.”

The Great Depression forced the project to slow. But the close relationship between President Franklin D. Roosevelt and Hamilton Cotton, who helped finance early development in San Clemente, jumpstarted the process.

As part of his New Deal, Roosevelt established the Civilian Conservation Corps and Works Progress Administration, which put many unemployed Americans to work building parks. In 1933, a CCC camp was established near what is now the San Clemente State Beach campground and laborers began work on both parks. Campgrounds on land once controlled by Cotton, Ned Doheny and the Santa Fe Railroad were built on by 300 men.

“They had mules, wagons,” Long said. “They hauled river rock from the mouth of the creek and made the adobe on-site.”

Some of the materials for the now Historic Cottage were actually taken from the remnants of the office of former San Clemente Mayor Thomas Murphine, which had been destroyed by a pair of earthquakes. Some of the current park offices and other buildings also were born from the original CCC camp. The current offices once served as stables, Long said.

“They were immediately popular and became, and remain, economic engines,” Long said. “Many who now reside in San Clemente and Dana Point had their first experience here visiting these parks. And they fell in love with them.”

The parks system, however, faces a number of challenges, both locally and system-wide. The largest, Long and his successor, Rich Haydon, said, is funding.

“Deferred maintenance is probably one of our biggest issues,” Haydon said during a drive through the San Clemente State Beach. He pointed to a building constructed in the CCC-era, a restroom. One of the beams was showing its age.

“The building looks pretty good, but if you look at the beams, the fifth one from the left, there’s some rot there,” he said. “That falls under deferred maintenance. We’d take the whole beam out and replace it. But we can’t. What we end up doing is throwing paint on it and trying to cover it.”

Another building, located behind the historic cottage, is in a state of “arrested decay,” he said. The building had at one time housed the blacksmith shop during the civilian corps era.

“I’d love to be able restore this, but I don’t have $1 million,” Haydon said. “That’s what it would cost to do the type of historical renovation work that would have to take place. There are all sorts of other things we can use that building for.”

Long said the issue of funding isn’t from a lack of use locally. Long said the state currently has approximately $1.5 billion in deferred maintenance projects statewide. The public largely doesn’t realize that, he said, due to the efforts of park personnel.

“We do an excellent job of keeping the places clean, the lights on and the toilet paper stocked, with barely an adequate staff.” Long said. “The staffing levels are at the lowest it’s ever been. The infrastructure is literally crumbling around the public and they don’t often realize how serious it is.”

Philosophically, Long said, the parks system has largely moved toward creating revenue opportunities where it could. Such means include the Hurley Pro surf contest, the Doheny Blues Festival, weddings and other special events.

Orange County’s parks largely operate in the black, he said, but funds don’t stay local. They first go up to Sacramento, where they’re redistributed throughout the park system, including parks or historic sites that can’t support themselves through admissions.

Haydon said while that system wasn’t ideal for the Orange County parks, the strength of the state parks system is the entire system as a whole.

Locally, there is question about the future of San Onofre State Park. The park came online in 1971, after the U.S. Department of the Navy leased it to the state for $1 for 50 years. That term ends in 2021.

When Camp Pendleton was built, Long said, it provided a way for coastline and other areas to be preserved. Otherwise, he said, there likely would have been development stretching from San Clemente to Oceanside.

“The Marines have been stewards of the land,” Long said.

Long said he’s confident public access will continue, but until the Marine Corps decides on the current arrangement, there will be uncertainty. The Corps, he noted, could decide to run the beach and campground themselves.

“I seriously doubt they’d deny the public access after 50 years,” Long said. “They couldn’t keep the surfers out when access was restricted.”

Looking to get involved with protecting and supporting local state parks? There are nonprofit organizations associated with San Onofre State Park and Doheny State Park that welcome members from the public.

Bio-diversity, nature, culture and history serve as main areas of focus, in order to enhance park enjoyment, promote environmental stewardship and “develop and promote a strong image that San Onofre State Beach is a world treasure that must never be compromised.”

Membership and volunteer opportunities are many and include representing the foundation at local events, helping out at park special events such as gallery exhibits and lectures at the Historic Cottage, assisting with conservation efforts and disseminating information that promotes visitors’ appreciation and knowledge of the state park system’s purpose in protecting the parks.

For more information about volunteer opportunities, membership levels and dues, log on to www.sanonofreparksfoundation.org.

Formed in 1982, the DSBIA is one of the longest running cooperative associations among California’s state parks.

The organization recently celebrated the renovation and reopening of the Visitor Interpretive Center at Doheny State Park, now home to the largest public aquarium in the state park system.

The building was closed in 2007 due to dry-rot and termite damage and the DSBIA was charged with helping to raise funds for its repair, revamp and reopening. The center, open most days between 10 a.m. and 4 p.m., is staffed by the organization’s volunteer docents.

Volunteer opportunities include helping out with the annual Doheny Surf Festival, the Junior Ranger summer program ­­­­and various other conservation and maintenance events throughout the year. Volunteers also represent the DSBIA at many other special events in the area.