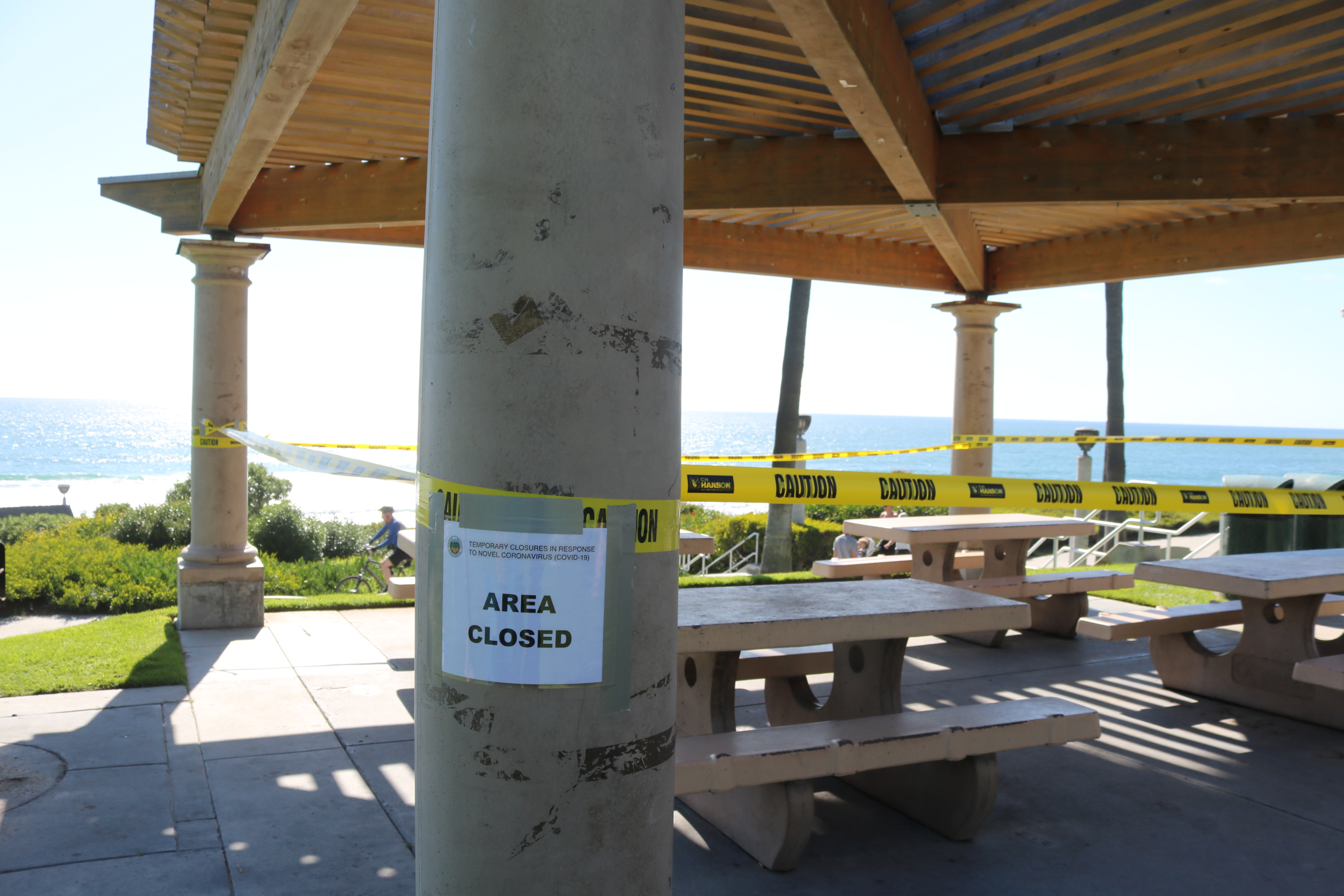 Separate from the City of Dana Point’s legal pursuits to fight Gov. Gavin Newsom’s order to close Orange County beaches, Councilmember Joe Muller is naming Newsom in a lawsuit as well—following what was perceived to be a contradictory conference call with a state official.

San Clemente City Councilmember Laura Ferguson and Mission Viejo Councilmember Gregory Raths joined Muller as plaintiffs in the suit, which alleges Newsom’s orders for closure were outside his powers as governor. The state’s Attorney Genera,l Xavier Becerra, the Office of Emergency Services Director Mark Ghilarducci and Natural Resources Agency Secretary Wade Crowfoot were named as co-defendants in the suit.

“(Newsom) closing the beaches is a violation of our state and federal constitutional rights,” Muller said. “The information and data we have now speaks for itself. Coronavirus is not as deadly (here) as some feared it was in the beginning. Localities should be able to govern themselves and act accordingly.”

As of Monday, May 4, there had been a total of 54,937 confirmed cases of coronavirus in California, with 2,254 fatalities, according to the California Department of Public Health. The largest pocket of cases in the state has centered on Southern California, particularly Los Angeles County, where there have been 26,217 positive cases, according to the Los Angeles County Department of Public Health.

Based on the most recent data from both the state and the Orange County Health Care Agency, the number of cumulative positive cases in Orange County is roughly 2,800, with about 57 deaths.

Nationwide, the U.S. has hit a milestone in total case count, reaching more than 1 million cumulative cases, according to the Centers for Disease Control and Prevention. Nearly 70,000 people have died of COVID-19 so far in the U.S.

Leadership and officials throughout California had anticipated that Newsom would announce beach closures across the state. Late Wednesday night, April 29, a memo that the California Police Chiefs Association sent to police chiefs throughout the state, which was leaked to the press, explained that Newsom was expected to announce a statewide closure of all beaches and state parks.

At approximately noon on Thursday, April 30, Ghilarducci reportedly held a conference call with Orange County elected officials to discuss beach closures. According to several officials who participated in the call and spoke with Dana Point Times, leaders were given the impression that the closures would be statewide.

However, at around the same time of the conference call, Newsom was giving his daily press briefing and announced, “We are going to do a hard close just in that part of the state,” referring to Orange County. The governor also said he hoped it would be “a short-term adjustment.”

During the press briefing, Newsom had said the targeted order is “very focused” while “trying to solve a health problem; trying to mitigate one that can grow into the future.”

“We’re going to have a temporary pause on the beaches down there,” he said, emphasizing it included state and local beaches.

Muller says Newsom’s countywide beach closure was political retaliation for the OC Board of Supervisors approving a set of guidelines for businesses once they are permitted to reopen.

The business guidelines set off another series of controversies after community members and media outlets understood it to mean the county was permitting businesses to reopen.

According to the emergency application for writ filed by the plaintiffs, Muller fully supports his county supervisors on the unanimous vote of approval of the guidelines.

“(Muller) believes that the only reason Governor Newsom is shutting down the Orange County beaches is a direct retaliation to Orange County Supervisors standing up for the Constitutionally-protected liberty rights of their constituents,” the court documents stated (sic).

Muller was one of the officials on the conference call with Ghilarducci this past Thursday.

During Newsom’s conference call, he stated that the memo distributed to law enforcement throughout California did not come from his office. He told media, “That was their memo, but that memo never got to me.”

A court hearing is scheduled for Muller’s litigation on Monday, May 11.