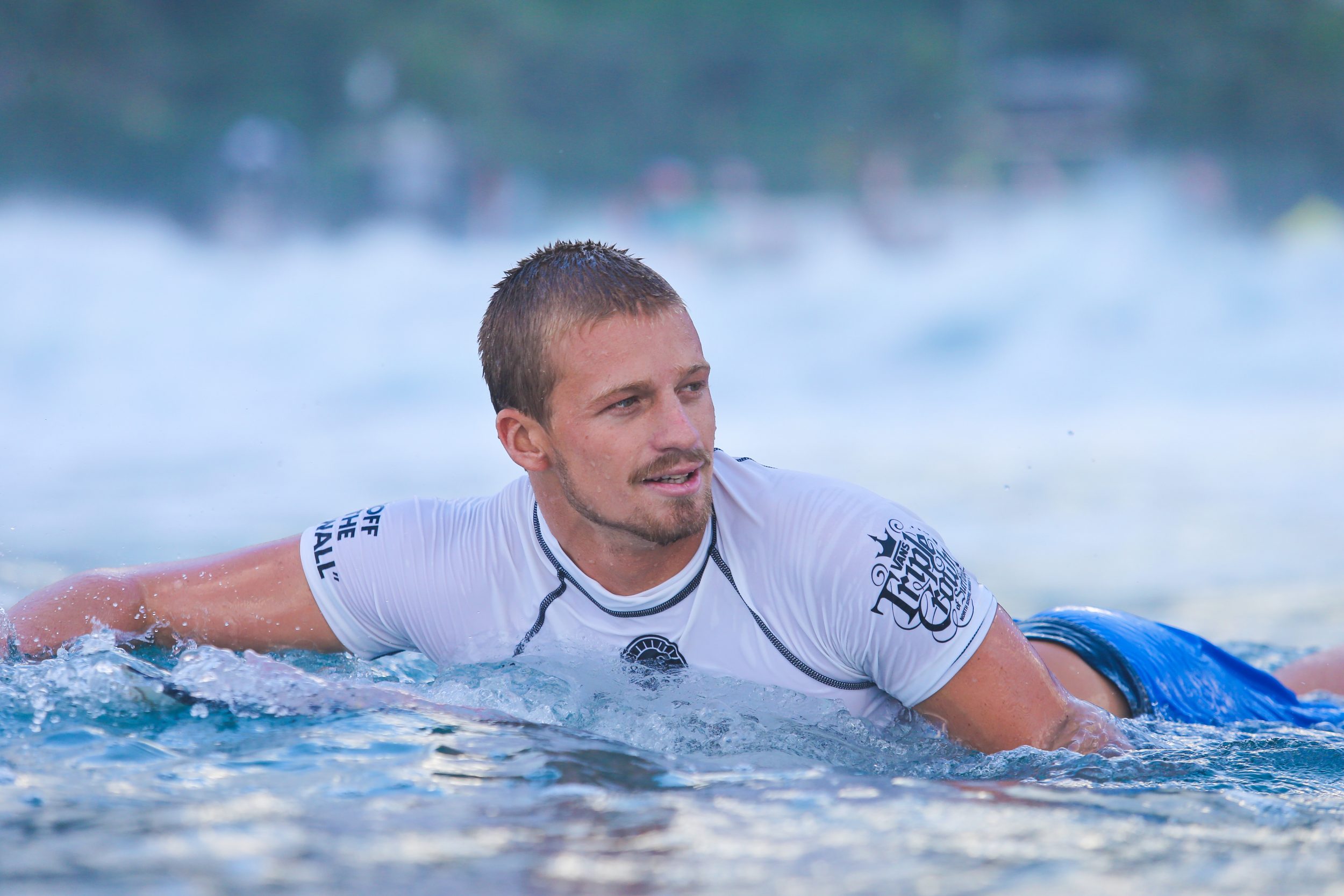 Start Your Engines: As the 2017 World Surf League Championship Tour season dawns, Kolohe Andino is more than ready to rise and shine

In less than two weeks, Kolohe Andino will once again steady himself and set his sights on winning a world title. He has had the better part of two months to cruise with friends, go fishing, take in a couple hockey games and even get properly barreled at the local beach breaks. But it’s game time now.

Last year Andino finished fourth in the world, the best result of his highly visible career. Could vying for a title be that far off? Given his matured headspace, abundant talent and dedication, he appears to be on the right path.

“Before last year, I never really put in the actual true work—like eating all the right food, spending a lot of time at the gym, and all of the above,” said Andino. “Before that, I never really knew how to handle those sort of (high pressure) moments.”

When it comes to putting in the “actual true work,” Andino’s learned to block out a lot of the distractions and focus on what he needs to do to improve.

“I get up at 4 a.m., spend an hour on the Pilates reformer. I got a little mental meditation thing that takes about 20 minutes,” said Andino. “Then I usually go for a surf. I’ve been training up in Huntington. Then I go surf again. After that, I try and keep my eyes open until 7:30, maybe eat some steak… some brisket.”

But it’s more than just the physicality of being a top-flight athlete that’s resonating with Andino lately. He’s long had the talent to win heats, but the mental component has been where he’s admittedly struggled to put the pieces together in the past.

“I’m an absolute student of the sport,” he said. “I watched this Mick Fanning interview and he said he had one event in Tahiti where … in the last second he needed a nine, and boom, he got a 9.5. And he said that during that he was trying to remember all the hard work he’d done, so I thought I’d try and do that—because I like Mick a lot.

“In those same kind of moments [in 2016], I felt like I had worked as hard or harder than anyone else. I thought, ‘OK, this is going to work out, and if it doesn’t work out I’ll get back to the grindstone and figure it out.’ Thankfully the waves came,” continued Andino.

Dogged persistence is also a big part of Andino’s equation. He could very well be jaded and skip practice surfs at home when it’s rainy and the water looks like chocolate milk; instead he’s out there every day refining his act.

“There’s this turn that I can’t do for some reason. It’s like a backside/frontside turn. Basically, you just go off the bottom, off the top, but you throw spray, it looks powerful. You don’t slide or lose speed. And I can’t do that turn. I see kids can do it, that’s the weird thing,” joked Andino.

Understanding what a fickle mistress confidence can be, he has a wariness of analyzing too much video.

“I only like watching the good stuff because it creates confidence, and sometimes I don’t have much of that,” he laughed.

The 2017 World Surf League Championship Tour season kicks off in earnest in Australia with the Quiksilver Pro Gold Coast. Held at the warm-water pointbreak of Snapper Rocks, last year Andino finished third in the contest to get his season off on a good foot. The wave suits his explosive, lightning-fast approach. It offers up sections for airs, turns and tubes—a lethal combination for someone as spry as Andino.

Win, lose or draw on the world’s stage this year, Andino’s a hero and role model in his hometown and that’s a heck of an accomplishment.

Grom of the Week: Cannon Carr