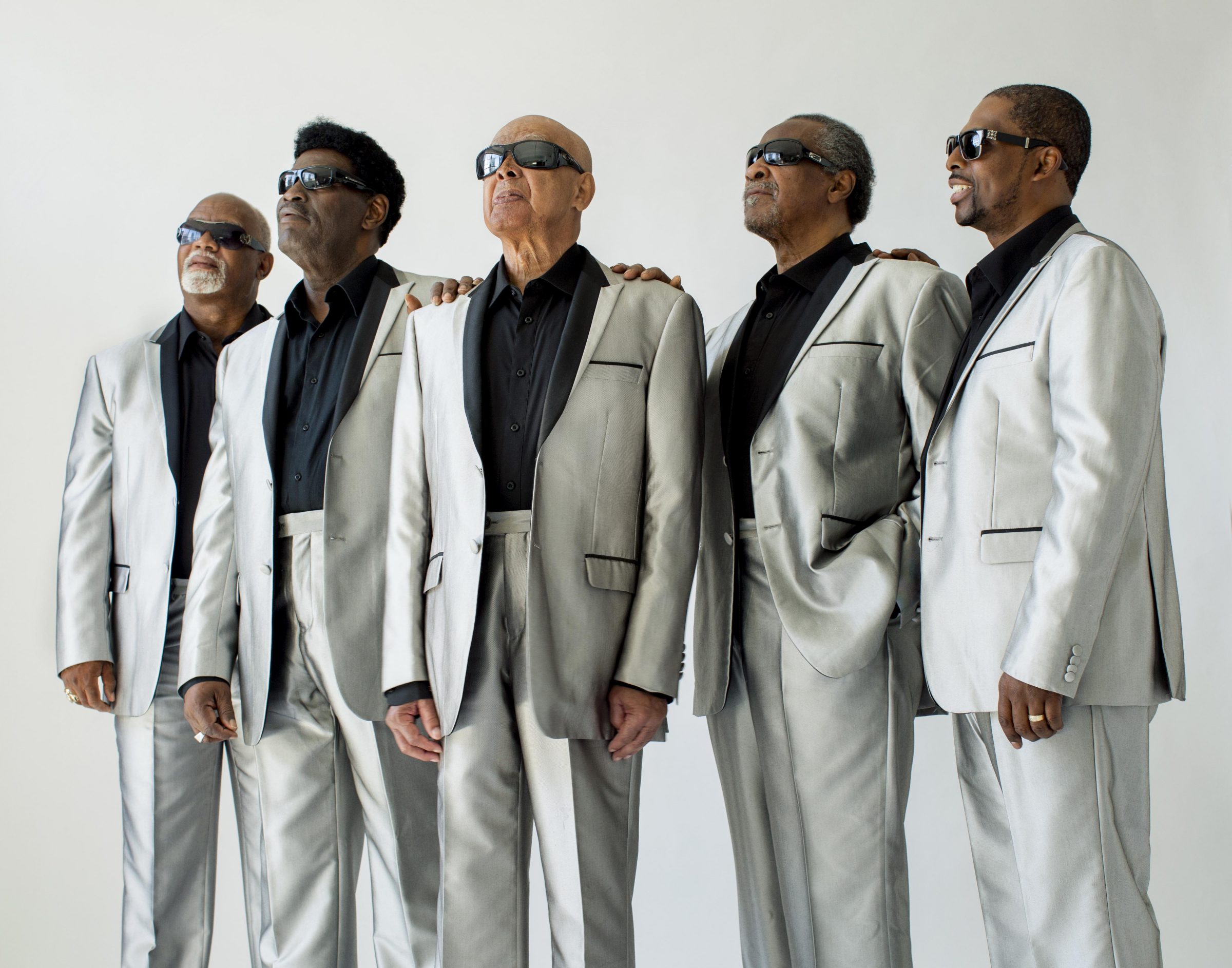 On Stage at the Coach House: The Blind Boys of Alabama

We asked Jimmy Carter, a founding member of the Blind Boys of Alabama, what it felt like to earn two Grammy Award nominations 78 years after the group first sang together.

“This is nothing new,” Carter said, laughing. “We’ve got five already. Even if I don’t win, I won’t feel too bad. I would love to get the sixth one though.”

It’s easy to imagine how awards might be of minimal importance in a singing career that started in the Jim Crow Era, in 1939 at the Alabama Institute for the Negro Blind, and saw the Blind Boys become a vital part of the Civil Rights Movement soundtrack, playing at benefits for Martin Luther King, Jr. and at rallies across the country.

And though times have changed, the Blind Boys’ music hasn’t.

“We haven’t changed our sound,” Carter said. “When the Blind Boys first started out, we had nothing but an acoustic guitar. (But) now we have the whole works; we have the bass guitar, lead keyboards, drums… that’s the only thing we’ve changed.”

The group’s message hasn’t been altered much either—the gospel group has always been rooted in Christian identity and is hoping to bring in a wider audience.

“We are a gospel singing group,” Carter said. “We have a message for the people. … We try to let the people know about Jesus and about God. If we can’t convey that to them, then that song is no good.”

The Blind Boys will take their message and music to the Coach House on Friday, Jan. 27. In the meantime, Carter says the group is working on an album with Amazon that will bring their sound “back to basics”… almost 80 years later.