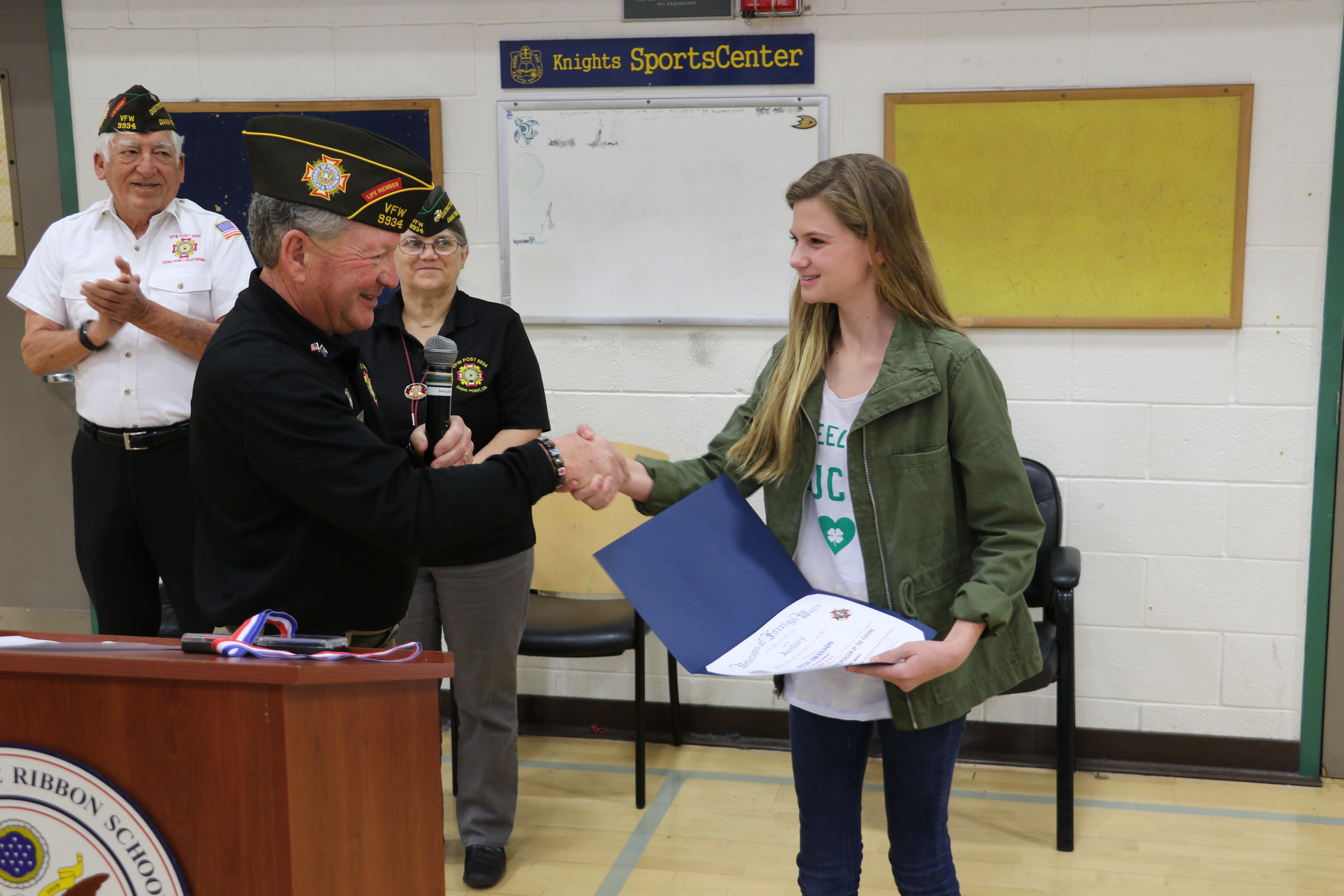 Each year, St. Anne eighth-grade students participate in the Patriot’s Pen Writing Contest, a nationwide contest sponsored by the VFW. This youth competition gives students an opportunity to write essays expressing their views on an annual patriotic theme. This year’s theme was “The America I Believe In.”

The VFW members visited the campus to honor the students for their accomplishments and tell their student body about the work and mission of the VFW.