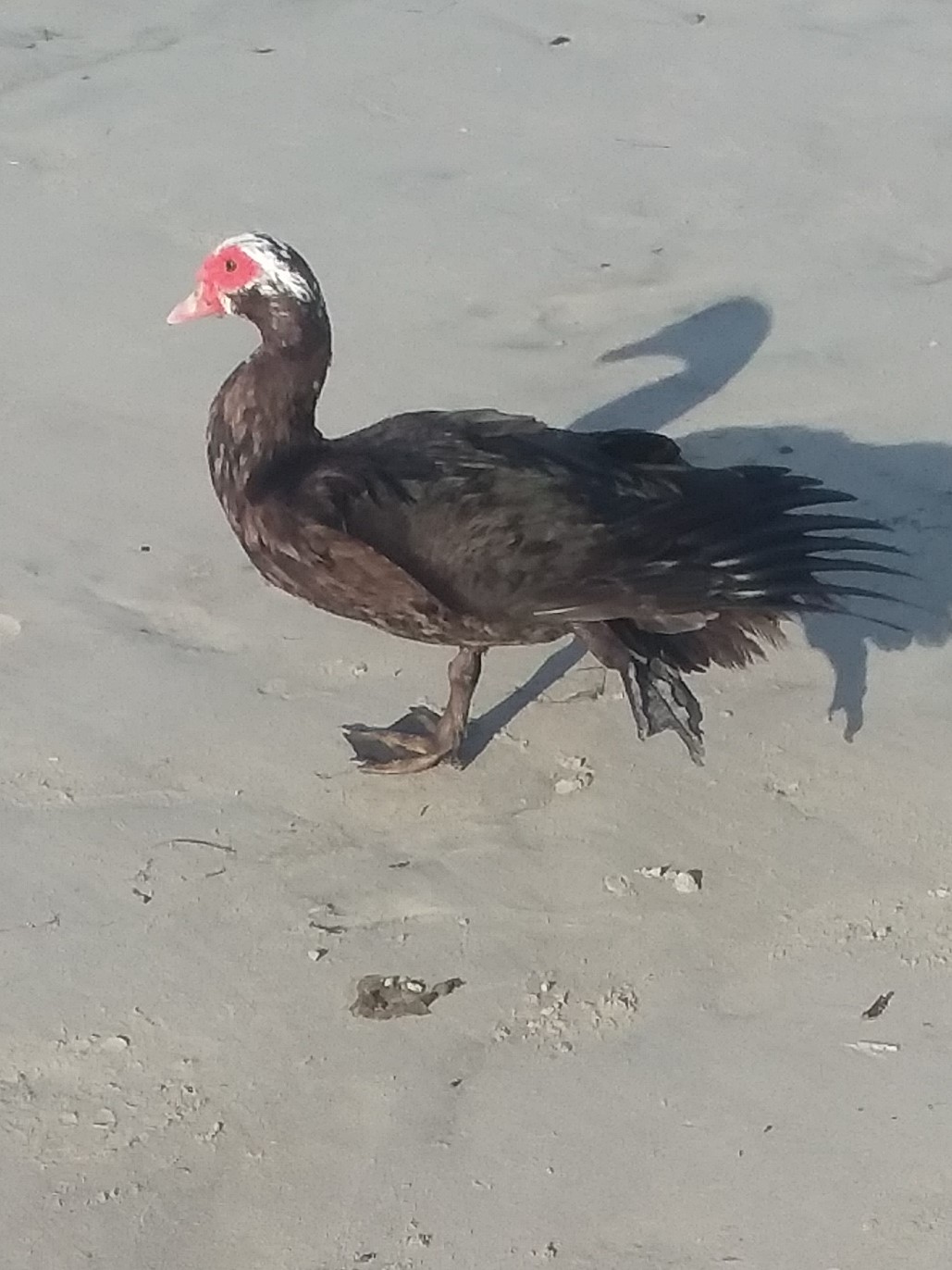 A Dana Point resident recently sent the Dana Point Times photographs of a large Muscovy duck that has been seen loitering near Baby Beach in Doheny State Beach.

Officially considered a invasive species, the Muscovy duck is a large duck native to Mexico, Central, and South America. Small wild and feral breeding populations have established themselves in the United States, particularly in Florida, Louisiana, and the lower Rio Grande Valley of Texas as well as in many other parts of North America, including southern Canada. Feral Muscovy ducks are found in New Zealand, Australia, and in parts of Europe.

“(S)he hangs around Baby Beach and the grassy area adjacent. It is not native to this area and I believe was someone’s pet dumped off. He is friendly and comfortable around people. We place fresh water for him from the showers. He will come immediately to a cup or pan of water and enjoy the fresh water. In a pan big enough he gets in and bathes,” one resident reported.