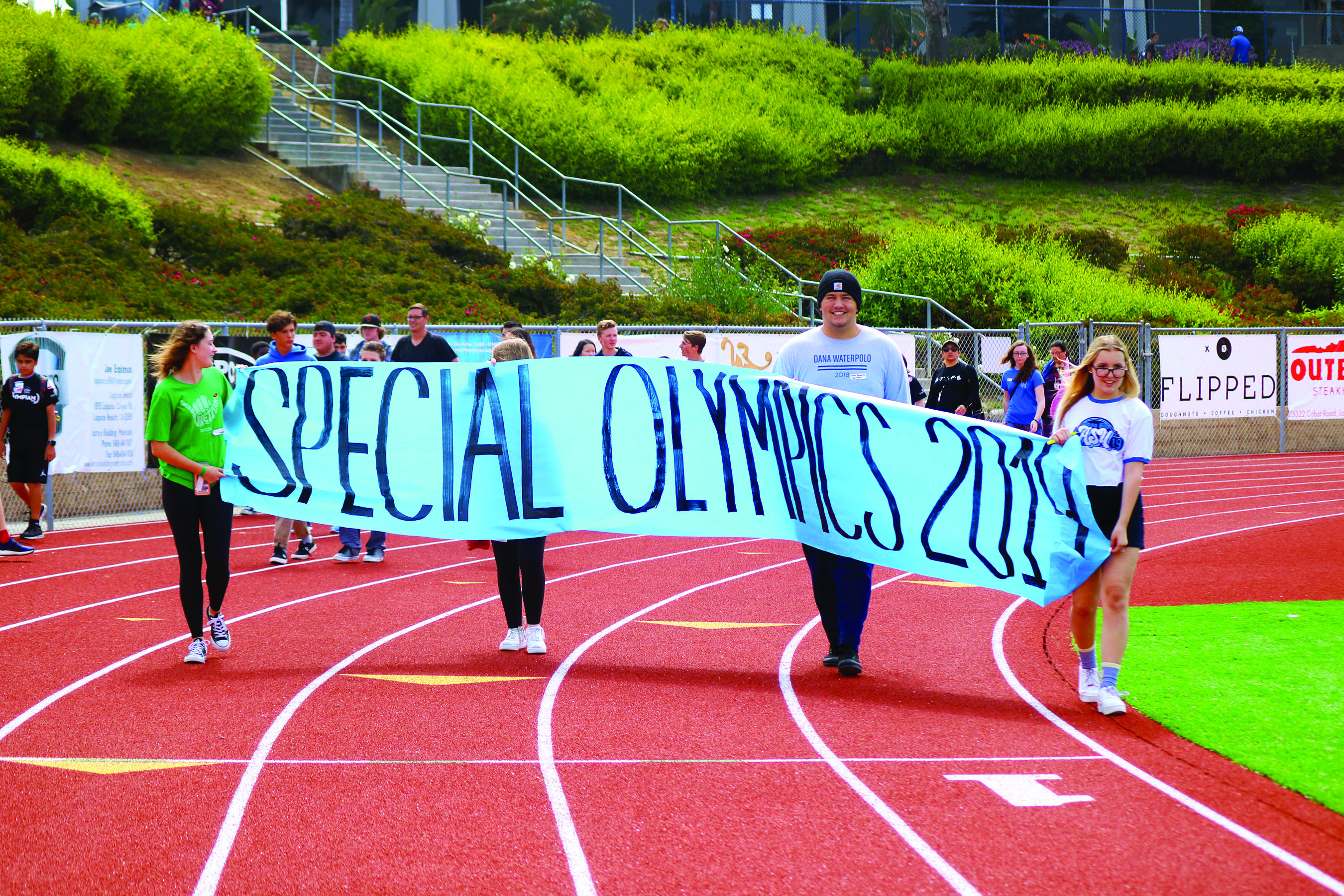 “It’s a highlight for our school,” Dana Hills principal Dr. Josh Porter said. “This time of year is the chance we allow our kids the opportunity to shine, especially with this group, who, athletically, don’t always get the opportunity. It makes it worth being here.”

This was the second of two CUSD Special Olympics events; the first was contested in the fall at San Clemente High School.

Students participated in running, jumping and throwing events, as well as playing cornhole games, dancing to music and mingling with friends.

“It’s a great opportunity for us,” said Jesus Cabrera, senior manager of sports programs for the Special Olympics Orange County region. “It allows more students to participate in an opportunity to experience Special Olympics and what we offer through sports training and competition. It’s a great way for people to recognize the potential abilities of these student-athletes.”

A highlight for Dana Hills was showcasing the abilities of sophomore Justin Boos, who runs with Dana Hills High’s cross country and track teams. This season, he won the sophomore cross country race at the South Coast League Finals.

“He loves the camaraderie with the boys,” said Linda Haddock, Boos’ mother. “It’s very much a family thing. He’s a team player, but he’s also kind to the other competitors. He’s one to help out and give high-fives and fist bumps.”

Each student partnered with a Best Buddies member from Dana Hills. The Dana Hills associated student body and Best Buddies club helped run and organize festivities such as the opening ceremonies.

“It’s so fun to see them (the athletes) in their element and so happy,” Dana Hills Best Buddies president Kat Besanceney said. “I know that a ton of the Dana kids have worked so hard. They’ve been training for a couple weeks, so it’s cool to see their hard work pay off.”

Each student also was outfitted with an event T-shirt provided by the CTCN Foundation. The CTCN Foundation, pronounced “The Citizen Foundation” and standing for Coming Together for Children in Need, was founded by Dana Hills alumni to help the Orange County community.

“The CTCN Foundation raises funds for special-needs kids at the high school level,” CTCN Foundation CEO Alexander Eisner said. ”It cropped up at Dana Hills about three years ago, and we’re branching out to other CUSD schools. We just raise money and spend it doing awesome things like this. We put a shirt on every Olympian.”

Opening ceremonies were held in the Dana Hills gym, featuring remarks from Dr. Porter, who was joined by Michelle Steel of the Orange County Board of Supervisors and Cabrera of the Special Olympics.