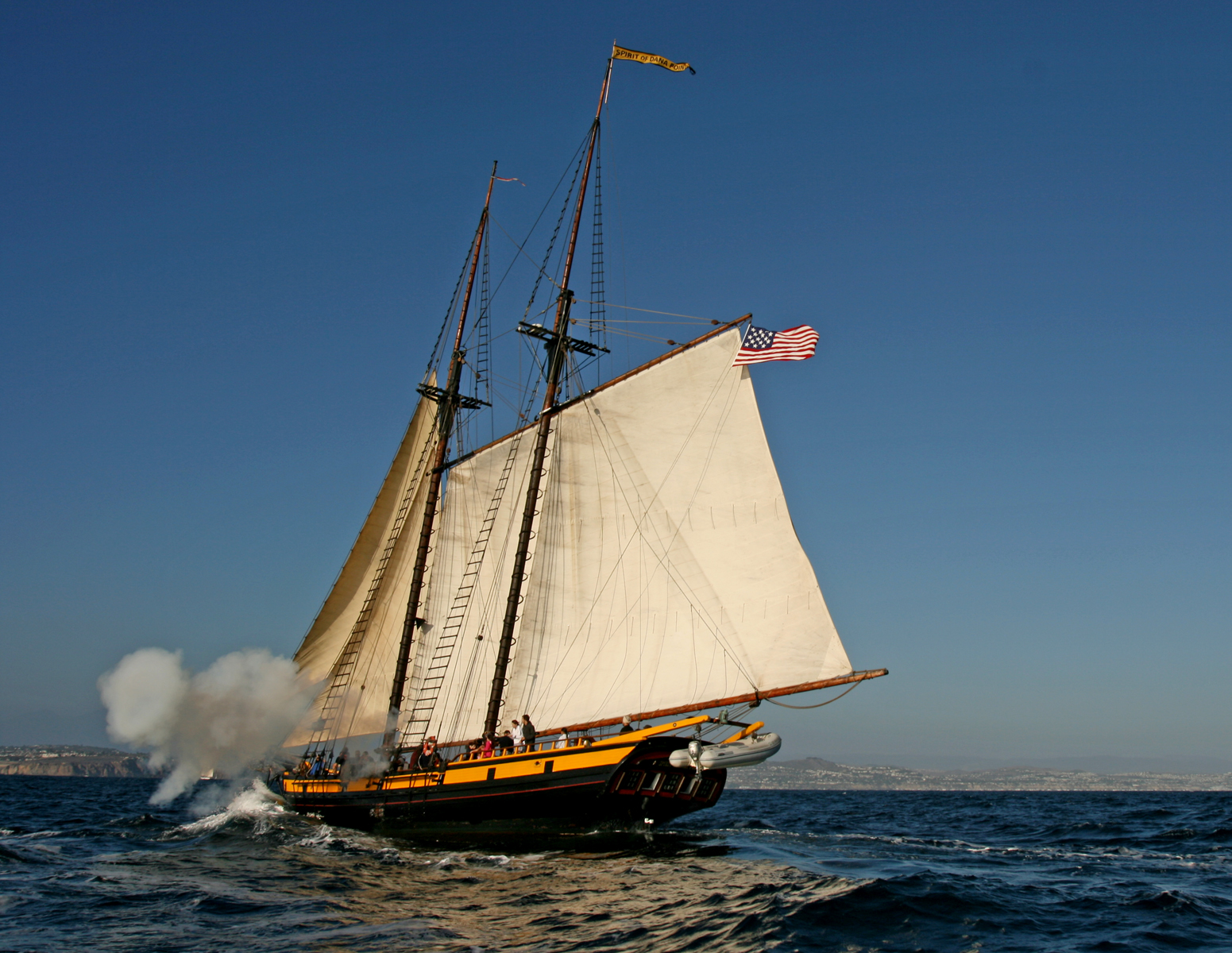 Spirited Away: Ocean Institute, Community Come to the Spirit’s Aid for Restoration

Just days after announcing a need for support to accelerate restoration of the Spirit of Dana Point, Ocean Institute has passed the half-way point in garnering support from the community.

That support comes after Ocean Institute was pushed to fund repairs for the Spirit much sooner than originally anticipated. Despite plans to replace the Spirit’s deck by December 2022, which garnered approval from the U.S. Coast Guard, the Spirit’s insurance company issued a 30-day notice that coverage would be dropped.

Dr. Wendy Marshall, the CEO and president of Ocean Institute, said that leaders scrambled to find an insurance replacement and come up with funding for the Spirit’s $1-million-dollar restoration while within the coverage period.

“Having come so far through the pandemic, asking so much from our community along the way, it is tough to ask for more,” Marshall said in a June 8 email. “But we would be remiss if we did not do whatever we could to keep the iconic Spirit in operation, post-repairs.”

Each year, more than 5,600 students embark on the Spirit of Dana Point for an experience that immerses them in ocean science and maritime history, while incorporating character and team-building skills. The vessel is a local icon and educational treasure, said Don Goldbacher, Ocean Institute’s director of maritime programs.

“The Spirit offers the same dockside programs as the Pilgrim once did, but on the Spirit, you can take kids out sailing,” Goldbacher said. “They become sailors and privateers. They learn leadership.”

The Pilgrim, a three-masted schooner that was a full-sized 1945 replica of the merchant ship that Richard Henry Dana detailed in his classic novel Two Years Before the Mast, keeled overnight in March 2020 and sank in her slip at Dana Point Harbor.

Now, Ocean Institute faces the obstacles of preserving the Spirit—a vessel launched in 1983, assembled in the Costa Mesa backyard of builder Dennis Holland. The gaff ridge schooner was based on plans of those of its kind built in the 1770s. It was acquired by the Ocean Institute in 2001.

Goldbacher says the vessel needs restoration, including a new deck. This million-dollar project was slated to begin in 2022, with all restoration to be completed by the December 2022 deadline—as approved by the USCG.

Plans were accelerated when Ocean Institute received a 30-day notice from its insurance provider. Since the Ocean Institute’s lease with the county requires vessels to be insured, the entire organization was put at risk.

“The Spirit belongs to the community, and they rose quickly to support this emergency need,” Marshall said. “Foundations mobilized to commit funds and community members have been creative in supporting us.”

Goldbacher says a priority in the Spirit’s restoration is updating her deck, which will require pulling all her Douglas Fir decking and replacing it. This will require dry docking the vessel at Marine Group Boat Works in San Diego where her mast will also be pulled for inspection. All wire and standing rigging will be pulled and replaced as well. The Spirit will embark on the journey south on June 19 for a process that could take a minimum of four months.

While Marshall acknowledged the insurance company was within its right to give notice, it gave the Ocean Institute little time to react.

“You have to act quick and decide which problem needs to be solved first,” Marshall said. “On June 20, we would be without insurance for the Spirit, which would trigger a state of noncompliance with the lease. We knew the deck needed to be replaced. We’ve been pursuing alternative insurance providers, a space at the shipyard, but also funding to do this project.”

With summer camps beginning just 10 days after receiving the 30-day notice, Goldbacher and Marshall credit the staff and local stakeholders for jumping into action.

“It’s not easy to solve this kind of problem, but the team—just like they did throughout the entire pandemic—didn’t even blink,” Marshall said.

“The foundations are standing behind us,” Marshall said. “We’ve now crossed the halfway mark and the public is really kicking in with their donations and their creativity to get others to donate. It gave us confidence.”

With Marine Works accommodating repairs for the Spirit, Marshall said that, in essence, the issues concerning the insurance company have been addressed. Ocean Institute partnered with the Curlew Charters to get kids out on the water for summer camp. Other projects traditionally held aboard the Spirit have been relocated to other sites on the Ocean Institute campus.

“We hadn’t planned to put the cart before the horse, but we did what we had to do,” Marshall said. “The community really stepped up once again.”

Laguna Beach artist Cliff Wasserman encouraged donations by offering a matted photo of the Spirit to anyone who shows a donation receipt of $100. Artist and silversmith Jess Anderson who had sailed on the Spirit for a week in high school, donated the proceeds from her “Skillful Sailors” collection to the project.

“We are optimistic as we crossed the half-way point in our fundraising, but we have approximately $500,000 to raise quickly,” said Marshall. “The Spirit is icon for Dana Point and Orange County. We are incredibly grateful but not surprised to see this support from the community and are confident we will fund this project together.”

Visit oceaninstitute.org or tinyurl.com/spiritodp to learn more or make a donation.