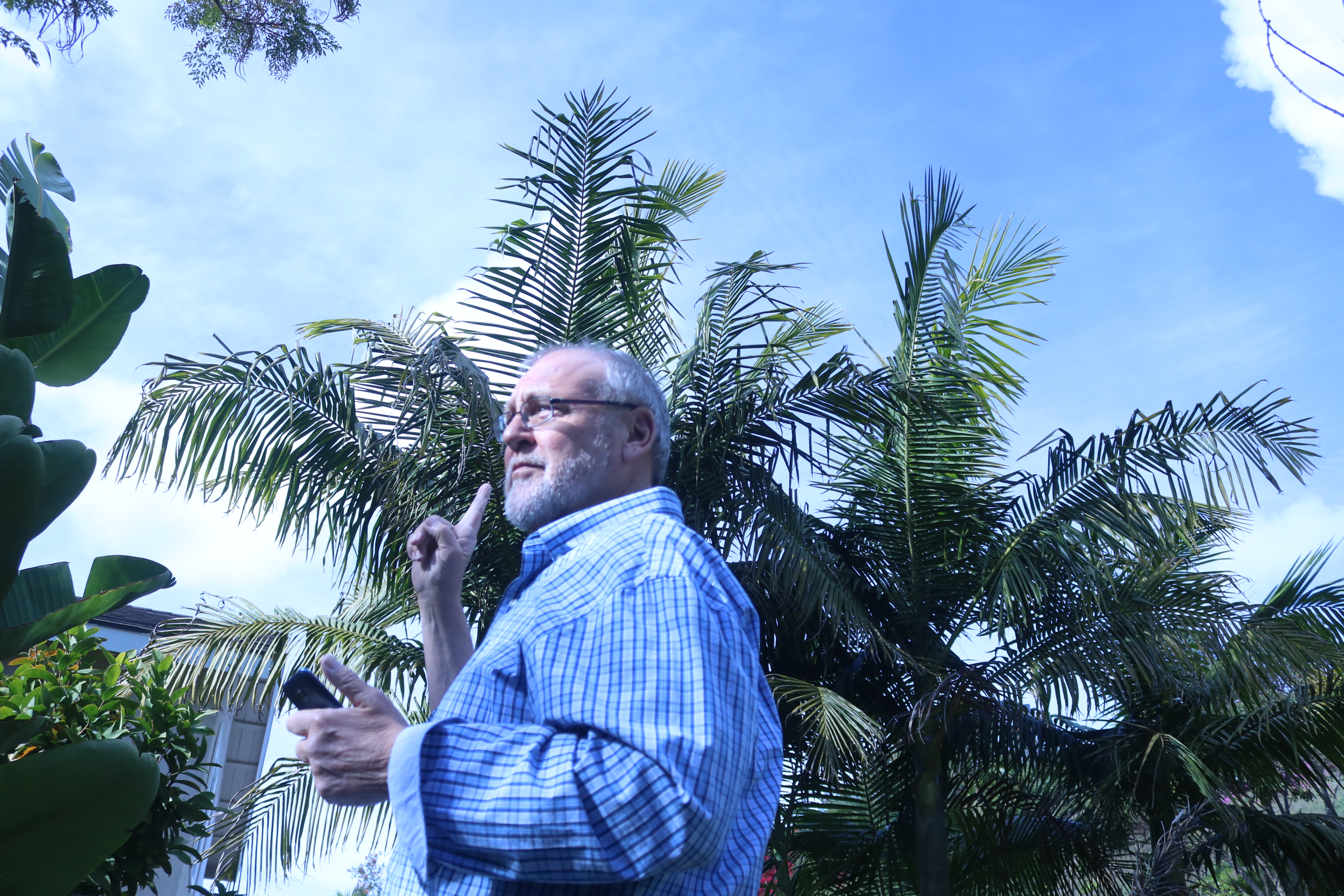 San Juan Capistrano residents are spearheading a petition to stop airplane noise from John Wayne Airport in South Orange County cities, claiming that a settlement between the city of Newport Beach and the Federal Aviation Administration (FAA) left southern cities left to fend for themselves.

On Jan. 23, a settlement was reached to adjust flight paths from a lawsuit filed in 2016 against the FAA, by the city of Newport Beach, which involved the city of Laguna Beach and the County of Orange.

Robert McDonald, an 11-year resident of San Juan Capistrano whose home in the hills near Camino Las Ramblas boasts an ocean view, feels frustrated with how the settlement turned out. For the past year, McDonald said the amount of planes that go over his home has increased significantly.

McDonald has been collaborating with residents of his city, Dana Point, Laguna Niguel, Aliso Viejo and other nearby cities to create a petition to stop airplane noise over South Orange County. The petition calls to expand noise limits under the new flight path, that planes fly further out into the ocean to gain altitude before turning back to cross land at a minimum of 18,000 ft.

Within a few weeks, the petition’s about 200 signatures away from its 1,000 signature goal to bring forth to the Orange County Board of Supervisors.

Orange County 5th District Supervisor Lisa Bartlett, whose district encompasses the petition’s cities and others, said that she doesn’t believe the other South County cities received an additional brunt of airplane noise from the lawsuit settlement with the FAA.

“The county was a part of the lawsuit as well, along with Laguna Beach and Newport Beach,” Bartlett said. “We were all a part of the same lawsuit and we thought we had some really good solutions and compromises with the FAA, but we are still having some issues from time to time and we’ve got to get these things settled out.”

Bartlett said she believes there is work to be done and many outside aspects to look at, including cross traffic from other airports. Also, Bartlett added that when presented with this petition she will add those ideas to the discussions with the FAA.

San Juan Capistrano Councilwoman Kerry Ferguson has met with the group forming the petition and shares their concerns.

Ferguson said the city of San Juan Capistrano did keep an eye on the FAA lawsuit involving the county and other cities, but she felt they weren’t efficiently updated to be a part of it. The settlement was a surprise to her also.

“The county, Laguna Beach (and Newport Beach) participated in lawsuits regarding this issue and apparently when the county settled, they didn’t take into account the needs of South County,” Ferguson said. “They had a line of demarcation of south Laguna Beach.”

Ferguson said she understands the issue is a “tug of war” for the county between John Wayne Airport and the residents, because there are financial benefits of having more flights. However, Ferguson said that people are suffering.

“I have a lot of work to do, we need to build a mini-coalition of our southern cities,” said Ferguson, adding that she’ll be reaching out to Dana Point representatives as well as people from her city.