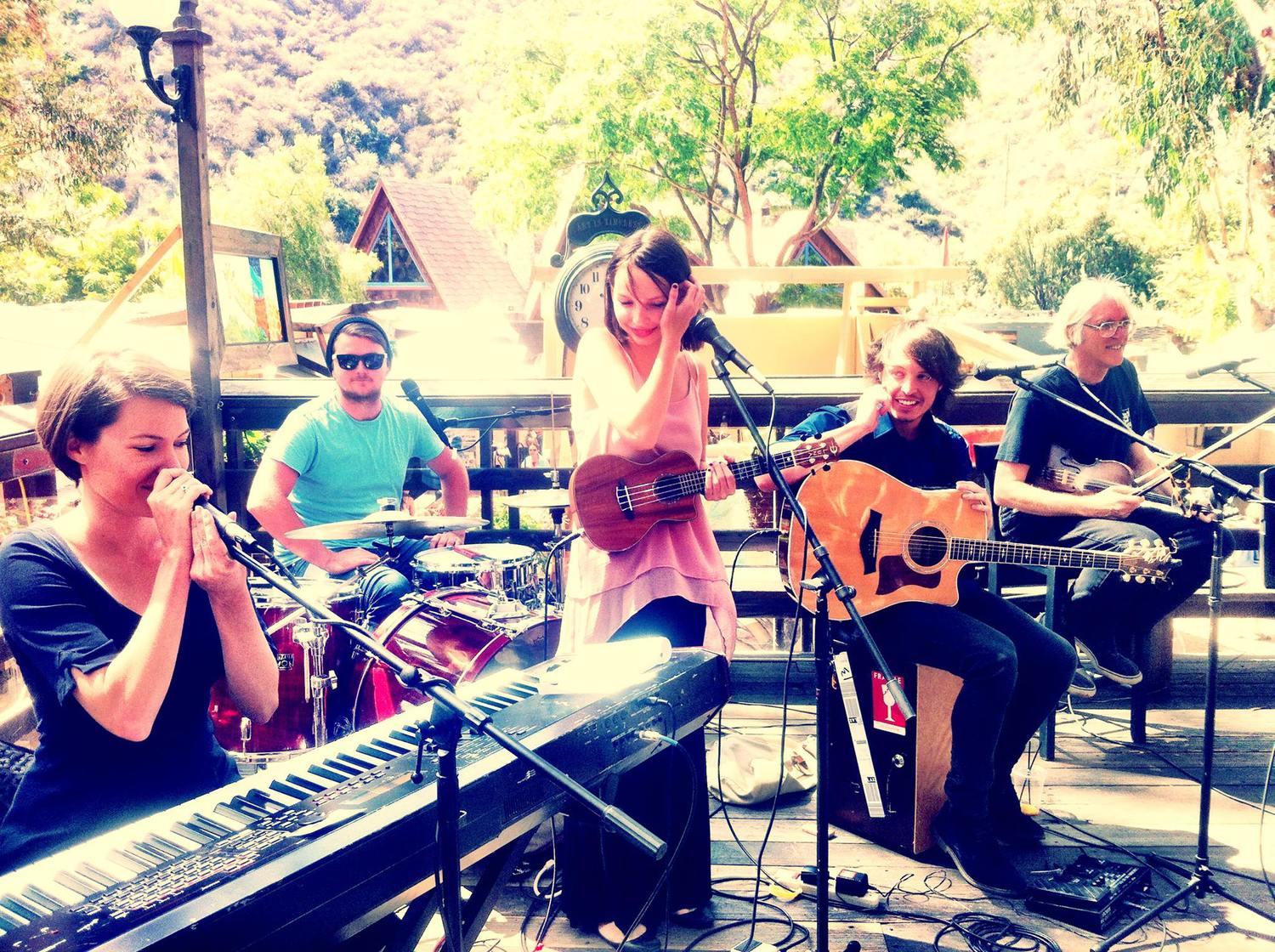 During the early 1960s, folk music was enjoying a revival in popularity, one that would launch the singer/songwriter genre throughout the decade that spilled over into the next generation.

About 50 years later, folk music once again made a meteoric rise, but this time it had help from artists who infused new technology, creating homey lyrics that weren’t afraid to chime in tandem with alternative rock, giving light to the “Americana” genre.

From San Clemente, the movement is joined by The Moon Police.

The band came together from two duets with Grace Freeman and Samson in the duo Galmusette and singer/songwriter Sasha Evans and Douglas Miller, the violinist from Laguna Beach who is also a well-known painter. The group played a show together and realized they had a sound they could formulate into The Moon Police.

“After one song we decided to merge the band,” Samson said. “Shane, our bass player, came on board just in time to finish the album, ‘The Lost Go Sailing By.’”

Freeman, an 18-year-old singer/songwriter and San Clemente High School graduate, projects a soft but powerful voice across many of the album’s primary songs. They are accompanied by what the band puts together during impromptu rehearsals.

Samson said the band hopes to perform in larger venues in the future but has already booked a few local festivals.

The show at Cabrillo Playhouse will take place 7 p.m. on Aug. 6. Tickets are $15 and can be ordered at www.cabrilloplayhouse.org under “Events.”

To hear a single from “The Lost Go Sailing By,” visit www.themoonpolice.com.