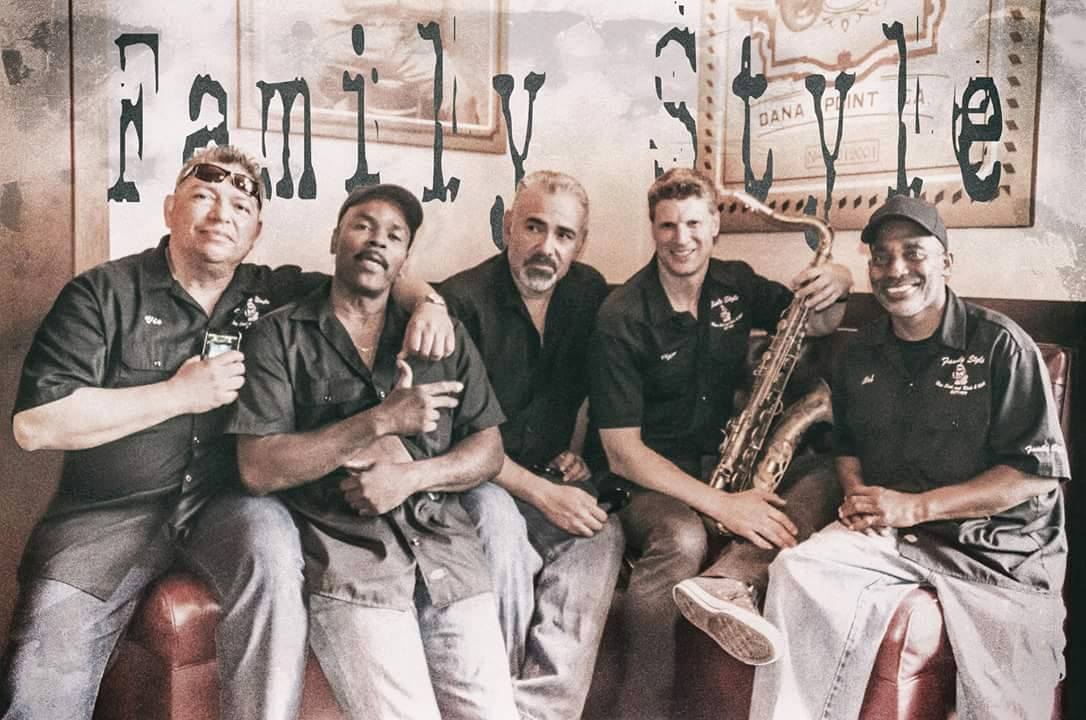 If you live in Orange County and love live music, odds are you’re already familiar with the infamous soulful rockers of Family Style.

The OC-based band has been playing blues, soul and rock and roll at local venues for more than 27 years and features brothers Vic and Tony Rodriguez on guitar/vocals and drums/lead vocals respectively, along with a rotation of musicians including: Adrian Remijio, Luis Oliart, Melvin Scudders, Dennis Cotone, Marvin McDaniels and Richard Tyznick.

Whether you’re in the mood for some James Brown and Van Morrison or a little Prince and David Bowie, Family Style’s got you covered.

How They Started: Vic and Tony were always in bands growing up and said their passion for making music comes from their family—their grandfather was the first Mexican-American disc jockey in Orange County in the 1950s.

“He’d bring the records home to my mom and she’d play Fats Domino and Chuck Berry and all types of rock and roll music, and we just grew up listening to it,” Tony said.

In 1989, the band was officially formed and the duo decided on the name Family Style, inspired by Stevie Ray Vaughan’s last album. At the time, the band consisted entirely of their family members.

Fun Fact: Family Style has been the house band at the Swallow’s Inn for about 17 years. They play all of the venue’s special events as well as the third Saturday of each month from 2:30-6:30 p.m. Vic said they love their loyal following in San Juan and appreciate the hospitality of general manager Cal Grimes and owner Steve Nordeck. “They’ve always treated us like family,” Vic said.

Upcoming Shows in the Area: