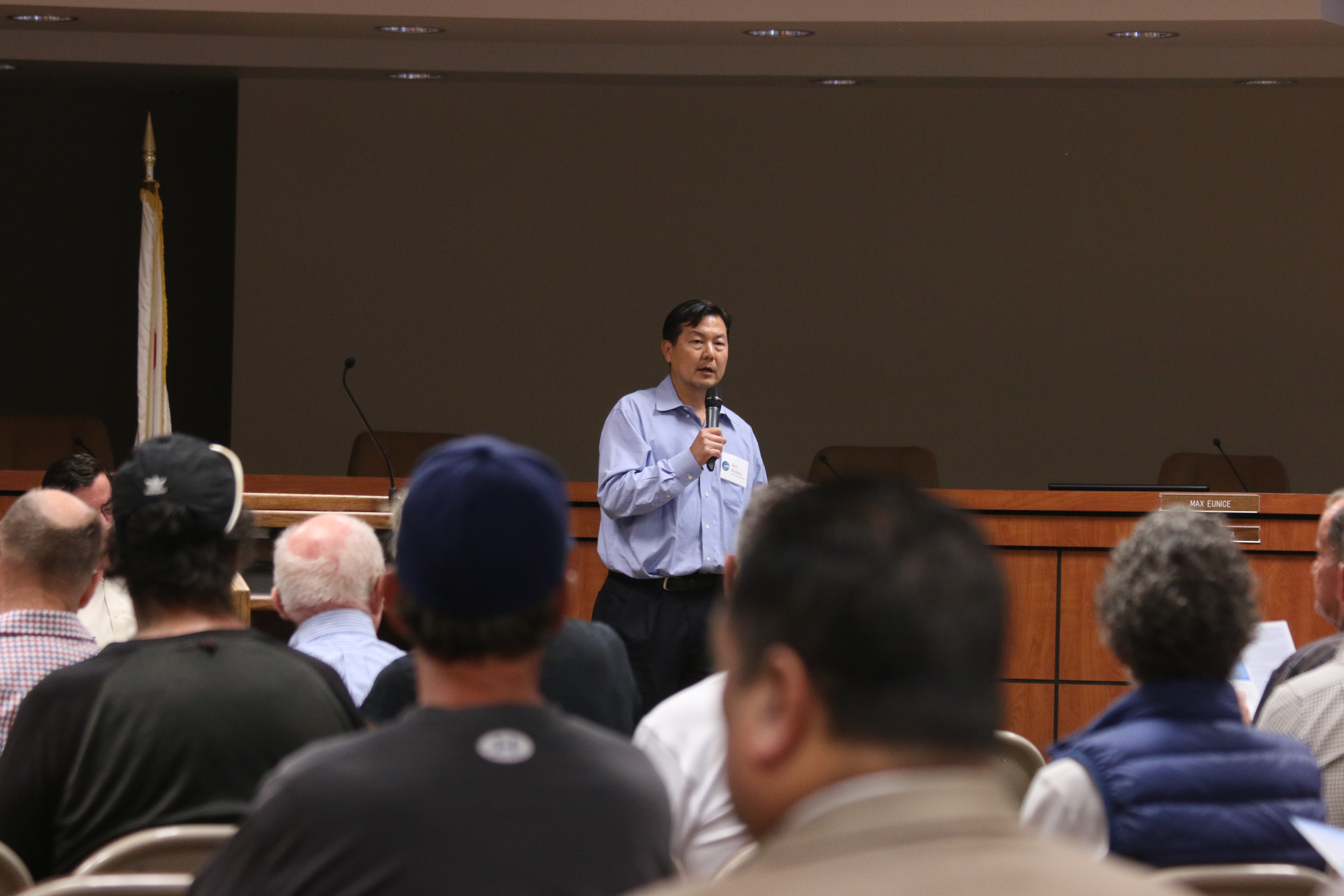 Community members gathered with South Coast Water District (SCWD) officials on June 26 for a meeting about environmental reports, showing what factors could come into play leading up to the planned construction of the Doheny Ocean Desalination plant.

The plant’s inception came to be after water shortage possibilities were identified. It has been discussed since at least 2003, but when severe droughts in the years leading up to 2015 hit California and mandates from the state to reduce water were enforced, the desalination plant was devised.

By using slant well pod locations that are subsurface, the plant will draw ocean water from Doheny State Beach.

According to documents provided by SCWD, they intend to plan for 60-day water outages in the event they have to rely on reserves. That’s where desalination comes in, the process of “converting” ocean water into potable water. But it’s an energy-intensive process, and that’s one of the major hurdles the district is trying to overcome.

Some of the energy offset could come from solar panels on the top of the facility, which is located in a 10-acre lot in the San Juan Creek area of Dana Point. The facility will also use treated wastewater outflow from the San Clemente Water Reclamation plant in order to outflow the brine that is collected in the desalination process.

SCWD officials said there will be room for expansion of the plant, making it a facility capable of producing 15 million gallons of potable water per day.

The draft EIR is available at www.scwd.org, and comments on the document may be submitted at www.scwd.org/eircomment or mailed to 31592 West St., Laguna Beach, CA 92651.