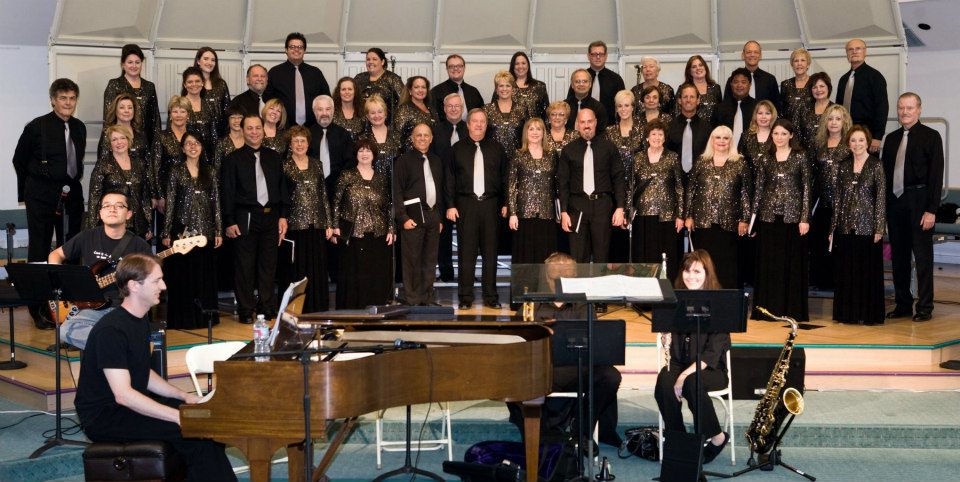 Sounds of the Season

The South Coast Singers are set to ring in a season of holiday cheer with a trio of December concerts in south Orange County.

Their show, “Sleigh Bells Ring,” will feature a mix of traditional and contemporary holiday music, geared toward audiences of all ages.

“It’s a fast-paced, upbeat show, and we’re going to have some favorites and some new arrangements we’ve prepared for this season,” said Jeff Slamal, the group’s president.

The choral group, with members from San Clemente, Dana Point and surrounding areas, will perform standards such as “Do You Hear What I Hear” and  “It’s Beginning to Look a Lot Like Christmas,” along with several modern holiday songs, Slamal said.

South Coast Singers, a group of 55 Orange County vocalists, have been performing since 1992. Founded as the Capistrano Chorale, they started as a group of 10, singing simple arrangements in a two-part harmony. In their current, larger incarnation, the South Coast Singers perform much more complex arrangements which can include harmonies of up to eight parts, as well as piano accompaniment by Brian O’Neal. Their “Sleigh Bells Ring” performances will feature an 11-piece orchestra.

Since 2002, the group has been directed by educator and musician Raymond P. Woods. Woods also serves as the artistic director of the South Orange County School of the Arts at Dana Hills High School, where he has been a vocal music teacher for more than 30 years.

Accompanist, O’Neal was a student of Woods at Dana Hills before joining the group in 2002. The two work closely together to prepare the singers for each performance.

“Brian has an ability to anticipate Ray’s direction and they move as one. Musically they are in synch,” Slamal said. “It really contributes to our ability to learn what we have to in the 15 weeks leading up to the performances.”

The South Coast Singers are a nonprofit group and proceeds from their concerts are used to fund the group’s annual “Stars of Tomorrow” vocal competition. Open to all south Orange County-area high school students, the competition awards a minimum of $4,500 in scholarships to students who demonstrate exceptional vocal talent.

Advanced purchase tickets are $18 for adults, $15 for seniors and students, children 6 and under are free. All tickets purchased at the door on the day of the show are $20. Visit www.southcoastsingers.org for more information and to purchase tickets.