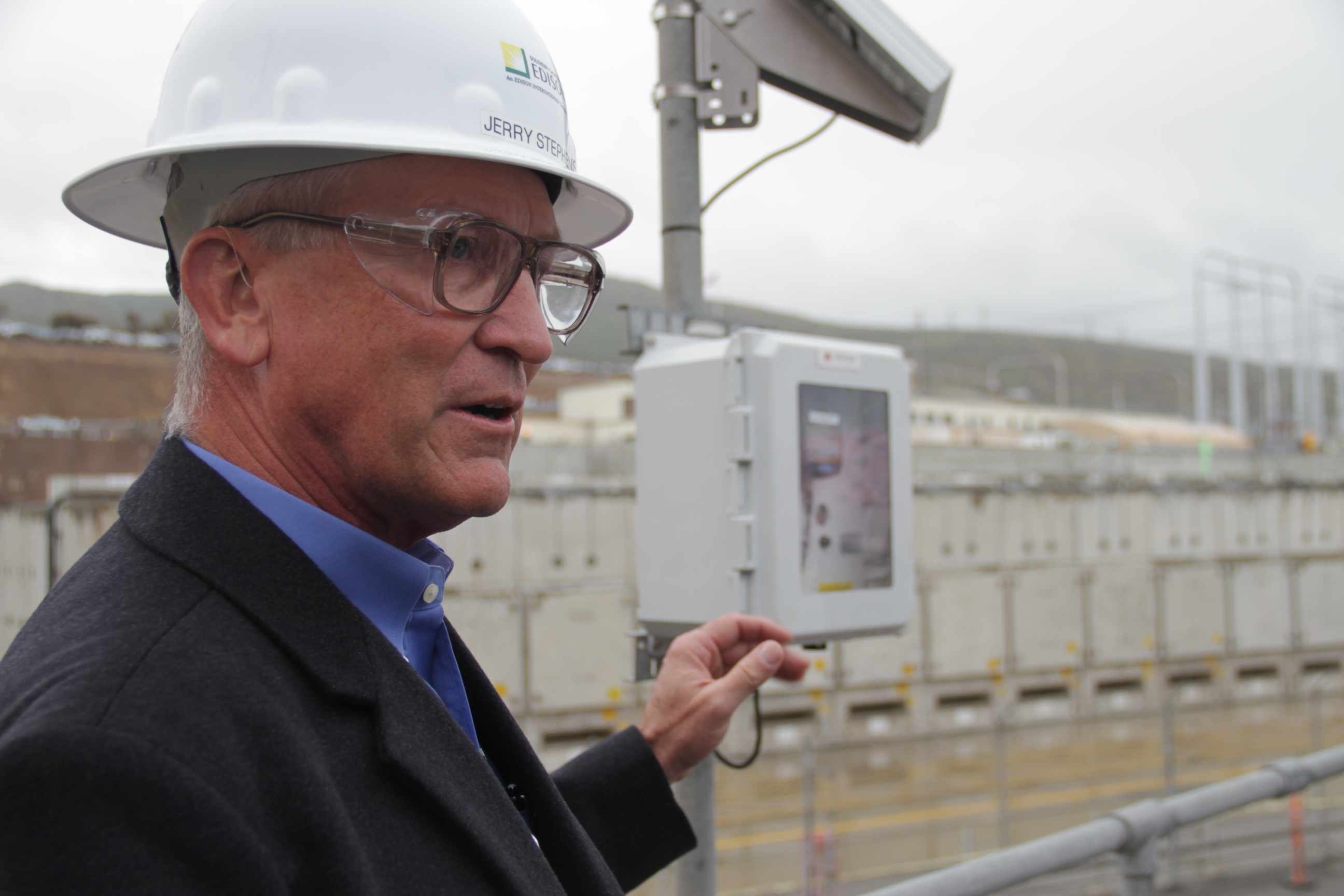 By Collin Breaux and Shawn Raymundo

Officials with Southern California Edison, which operates the San Onofre Nuclear Generating Station (SONGS), discussed the radiation monitoring devices and techniques on site during a media tour of the facility on Tuesday, March 10.

SONGS is being decommissioned—a process that began in 2013—and plans are underway to dismantle the power plant. Three radiation monitors, and an additional monitor (the control) providing a baseline reading installed by Edison, collect radiation data that is sent directly to three off-site agencies: the California Department of Public Health’s Radiologic Health Branch, California State Parks and the city of San Juan Capistrano, according to a news release.

SONGS publishes the data through independent agencies to demonstrate transparency. The radiation monitors at SONGS are able to read very low levels of radiation, and officials are confident it will demonstrate there are no hazards to members of the general public or employees who work on site.

“They read out a microrem, which is a millionth of a rem,” engineering manager Jerry Stephenson said of the radiation testing devices during the tour. “The dosage right here is very, very low. The official estimates the government provides for how much radiation a person receives in a year is 600 millirems, which is 600,000 microrems. This is 18. Just from your normal everyday life for a year, you’ll get 600,000. This is tiny.”

At the control monitor, which sits at the edge of a parking lot north of the dry storage facility, readings on Feb. 6 and 7 recorded maximum dose rates of 11 microrem per hour and 12 microrem per hour, respectively.

Mark Lewis, a health physicist whose specialty is radiation protection, discussed aspects of radiation and safety at the end of the tour. Lewis has worked a long time in the field, and he has no radiation-related health problems and has not experienced abnormal levels of radiation from his work. Lewis’ goal is to make radiation exposure levels “as low as reasonably possible.”

“In our heyday at San Onofre, I worked with roughly 2,000 employees. Not all 2,000 employees working at the nuclear plant were radiation workers,” Lewis said. “There’s a relatively small subset of us that would work in the plant every day. I am an example of one of them. I would work with the radiation on a regular basis. I’ve been working here for 38 years and my lifetime occupational radiation exposure at each millirem has been carefully counted throughout my career. My number is 1,004.”

Edison is working to lobby Congress and the federal government to develop a place to store the spent nuclear fuel, and is monitoring for any areas where it can go. The fuel will be safely stored until a spot opens for it.

The noticeable dome structures—visible from Interstate 5 when driving to and from San Diego—will come down at the very end of the project, with a time frame of 2025 or 2026.