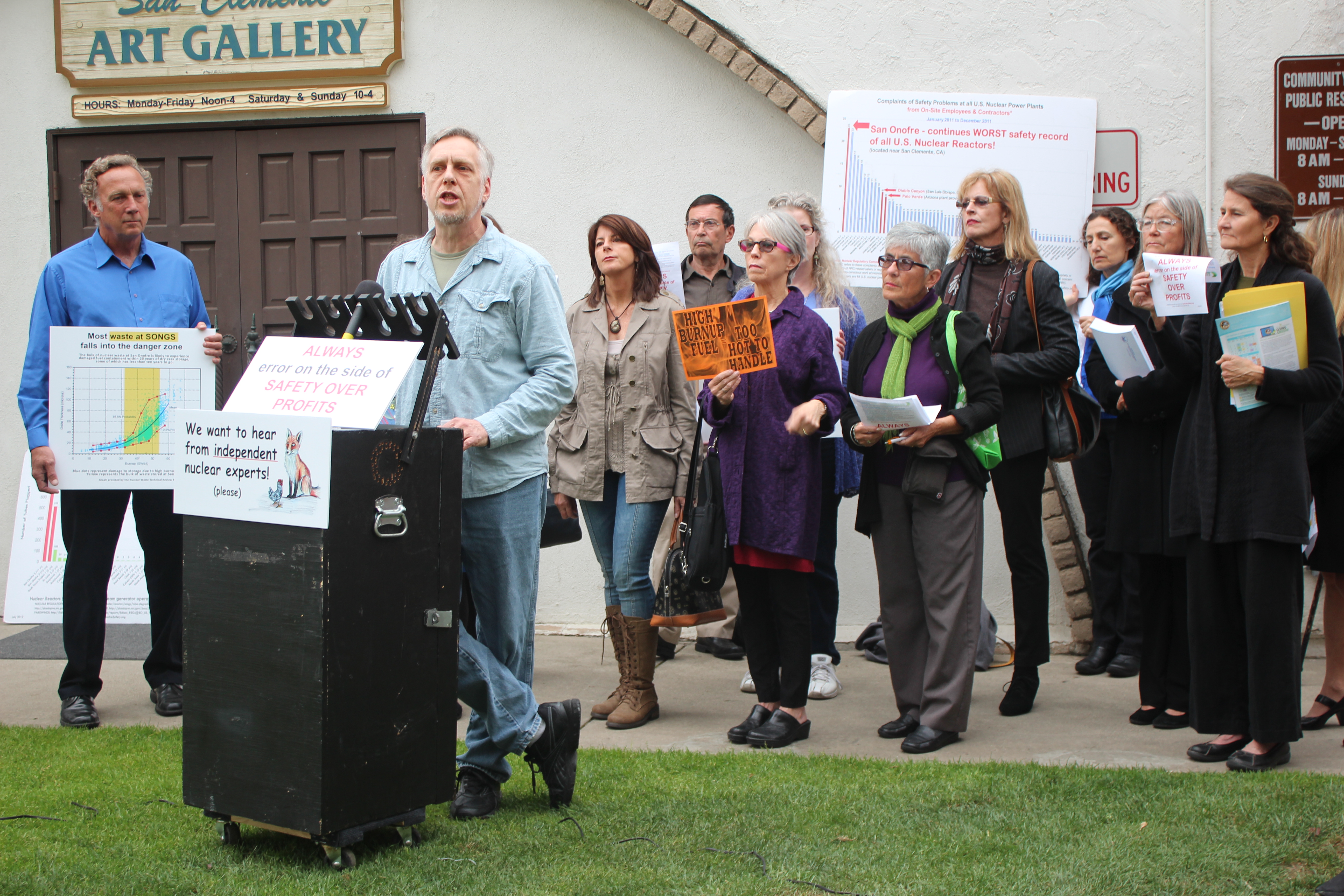 The inaugural meeting of the community engagement panel for the decommissioning process at the San Onofre Nuclear Generating Station included an updated timeline on Southern California Edison’s plans for the final demolition of the plant, as well as a look at future topics the panel will take up.

Thomas Palmasino, Edison’s new Chief Nuclear Officer presented an overview of the utility’s current plans for the site. Palmasino said the utility’s plan, which has yet to be approved by the Nuclear Regulatory Commission, would try and have the plant dismantled within 20 years, he told a capacity crowd at the San Clemente Community Center.

Palmasino has had previous experience working at plants going through the decommissioning process.

The panel, which includes the mayors of San Clemente, Dana Point and San Juan Capistrano, as well as Capistrano Unified School District Board of Trustees President John Alpay and Orange County Supervisor Pat Bates, will meet quarterly throughout the communities around the plant.

The panel’s chair, UC San Diego professor David Victor, noted that the goal of the panel was transparency, and expressed hopes the panel could balance the views of the different panel members, and just to act as a watchdog.

“The tone of this process is complete transparency,” Victor told the crowd.

Chris Thompson, Edison’s vice president for decommissioning, said the company had developed a set of guiding principles for the entire process of safety, stewardship and engagement, including safety of personnel, residents and the natural environment.

In addition to meetings, the panel could hold a number of workshops on specific aspects of the decommissioning, addressing concerns over waste storage and what the plant’s site could someday become.

Gene Stone of Residents Organized for a Safe Environment, who is representing environmental groups on the panel said he hoped the process lived up to the spirit of its claims.

“Safety will always outweigh every other concern,” Stone said.

Stone said the Coalition to Decommission San Onofre, which his organization is a part of, wanted to see the high-burnup fuel stored off-site as well as upgrading the safety around the spent fuel pools at the site.

Edison’s new timetable would remove all of the spent fuel from the pools by 2020.

An hour-long public comment period brought out both opponents of the plant and defenders. A number of anti-nuclear activists at the meeting said they did not believe Edison could be trusted with the decommissioning process, based on the utility’s track record with the replacement steam generators.

We don’t have the confidence they can manage the waste,” Donna Gilmore of SanOnofreSafety.org said. “Just because dry cask storage has not failed yet doesn’t mean it will.”

Others simply expressed concern about what could happen.

“I’m still scared of what might happen with this facility,” San Clemente resident Michael Smith said. He urged the panel look into what might be necessary with the California Environmental Quality Act.

A number of former plant workers and other nuclear power advocates also spoke, saying the claims of their opponents were overblown and had caused unnecessary delays in the restart process.

San Clemente Mayor Tim Brown asked that, in future meetings, those claiming to make factual statements about the plant also provide a source to back up their arguments.

Larry Reynolds, a representative of the Department of the Navy sitting in on the panel, said as the lease holder on the property, the utility was required to return the site to the state it was before the utility took it over.