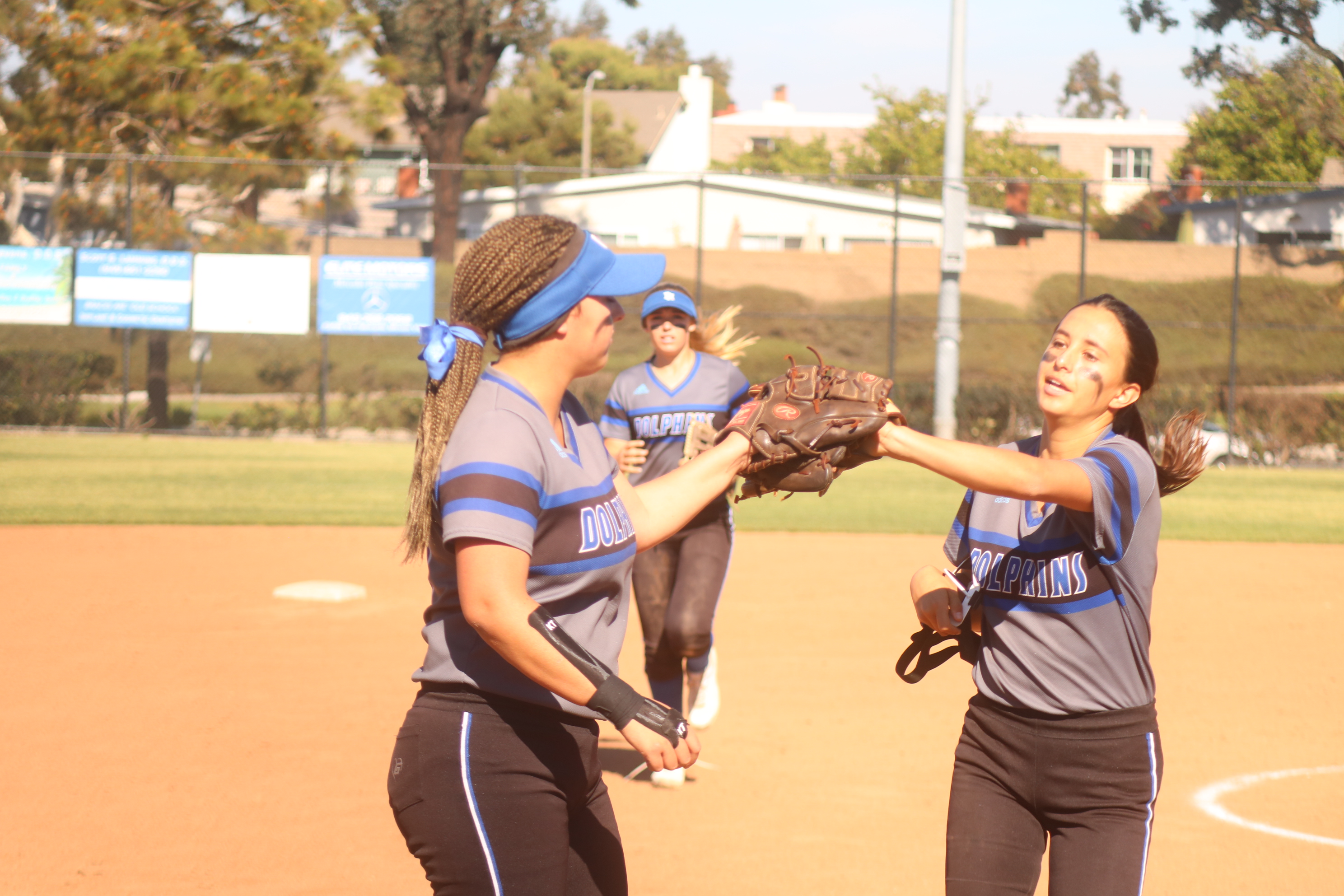 The Dolphins sent 11 batters to the plate in each of the second, third and fourth innings to score 14 runs on 17 hits and down Trabuco Hills, 14-1, on Thursday at Dana Hills High School.

Dana Hills (9-8, 1-0) cruises into its Spring Break on a high note and doesn’t return to league play until April 12 at San Juan Hills.

Junior Terra Goetz picked up the win with four shutout innings in the circle and scored three runs on the bases.

Dana Hills coach Brandon Cosenza said it’s hard to get anything out of a game like this one. Once the Dolphins got on base in the second inning, the carousel began to turn and runs came with ease.

What the Dolphins did get was plenty of reps for players up and down the lineup. 10 different Dana Hills players picked up a hit and nine came across to score.

In the second inning, the Dolphins scored three runs on a Trabuco Hills error that saw Goetz come all the way around the diamond, from home to home.

In the third inning, Zoch knocked in a two-run double.

In the fourth, Nagel provided a highlight at the game’s crescendo with a three-run, inside-the-park home run for the 14-0 lead.

Trabuco Hills scored on an inside-the-park home run of their own in the sixth inning but didn’t amount much more against the Dana Hills pitchers.