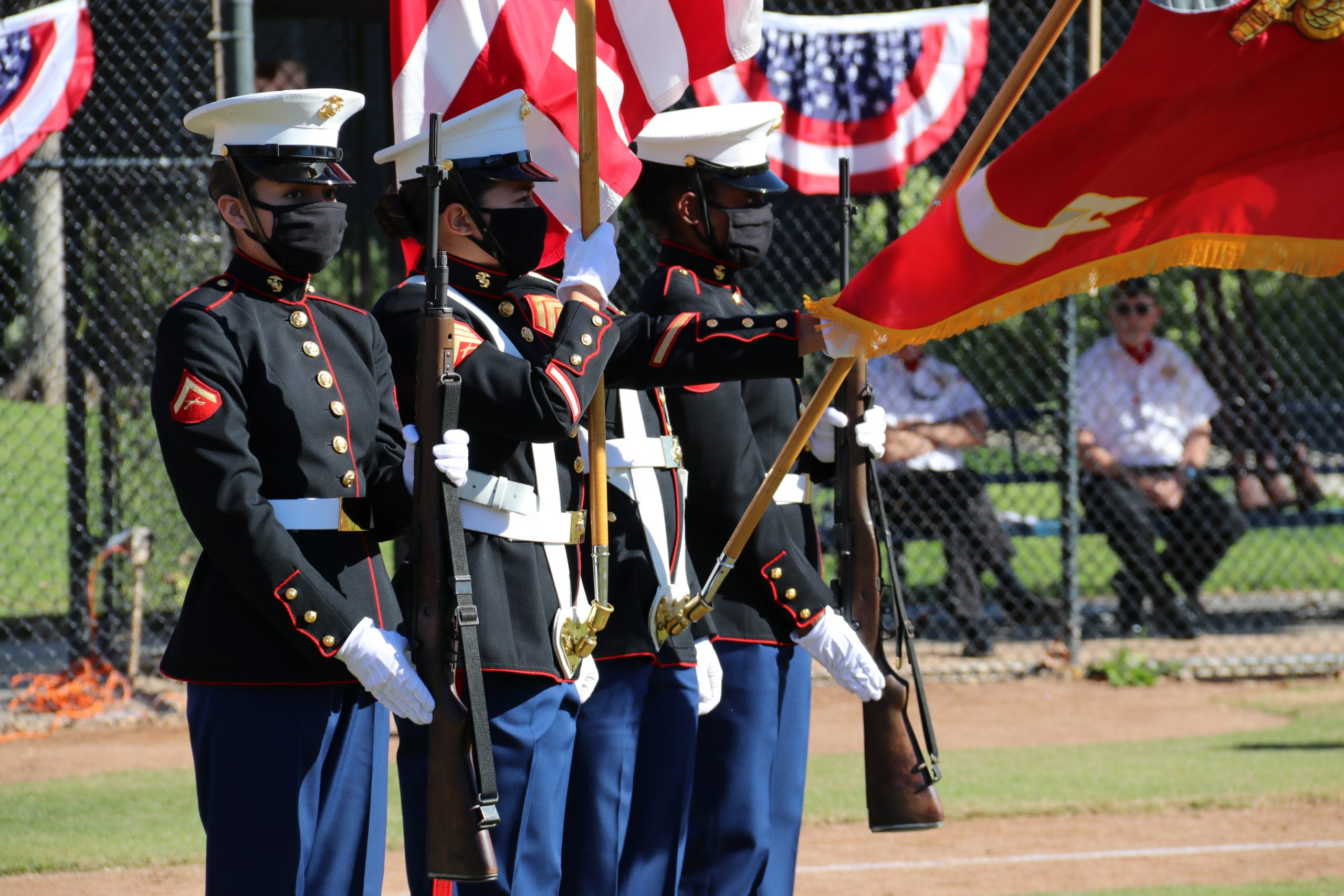 Today, Americans celebrate Veterans Day to honor veterans for their call to service, love of country and selfless commitment to a higher cause, Marine Lt. Col. Frank Savarese told a crowd of veterans, dependents and community members gathering for a special service.

While the annual holiday is usually honored at Strands Vista Memorial Park, the Veterans of Foreign Wars (VFW) Post 9934, based in Dana Point, hosted this year’s Veterans Day Service at Del Obispo Community Baseball Park to allow for social distancing.

Savarese, the event’s keynote speaker, was the son of a Marine attack pilot and graduated from the United States Naval Academy with a degree in history. He was commissioned as Second Lieutenant in 2002 and designated a Naval Aviator in April 2005. He reported to VMFAT-101 for initial flight training in the F/A-18 Hornet fighter jet.

“As a history major, I was always fascinated by the servicemen and tales of indomitable spirit that would stop at nothing to achieve mission success,” Savarese said. “Tales of Pappy Boyington, John Basilone, Chesty Puller and my personal favorite, even though he’s in the Air Force, Robin Olds.”

“These are names that echo through eternity, veterans who selflessly dedicated their lives to a cause more noble than themselves,” Savarese said. “My father, a fellow Marine veteran of 28 years, was the reason I joined the Marine Corps. I marveled as I watched him interact with his Marines and thought, ‘Maybe someday I can do that.’”

Savarese assumed command of the Headquarters and Headquarters Squadron (H&HS) at the Camp Pendleton Air Station in May.